The Best Moments From The 2019 Emmys 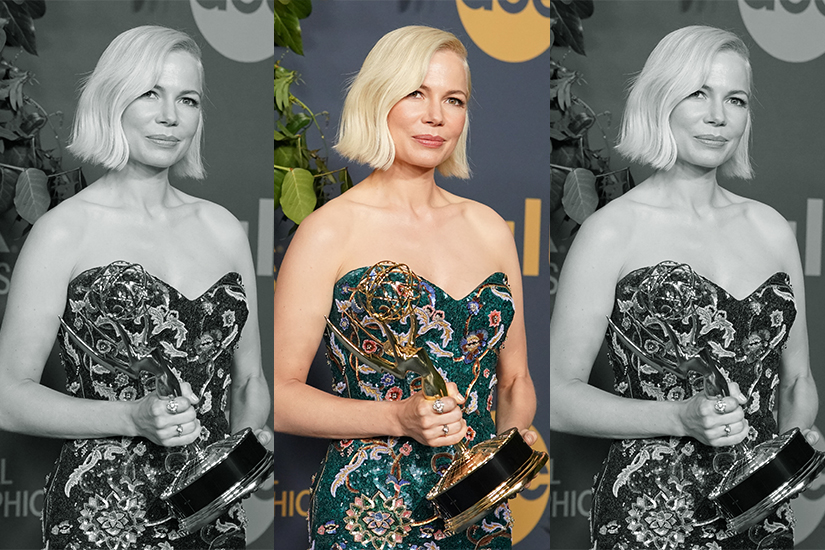 The moment Amy Poehler and Catherine O’Hara stepped out onto the Emmys stage together, we knew they’d be our fave presenting duo. And judging by the Twitter reaction, many viewers felt the same. Is it too early to book them as hosts for next year? (There was no official host this year, and, uh, that didn’t go so well.)

Amy Poehler and Catherine O’Hara are the dream team ? pic.twitter.com/L5phTgbJLv

For the second year in a row, The Marvelous Mrs. Maisel star Alex Borstein took home the award for best supporting actress in a comedy series. Her speech appropriately started out hilariously: “A lot of people were upset with me last year because I wasn’t wearing a bra. I’d like to apologize, because tonight I’m not wearing any underwear,” she joked.

The star then took a more serious turn. “I want to dedicate this to the strength a woman,” Borstein said, listing off a number of women she works with on Maisel before moving on to acknowledge her mother and grandmother. “They are immigrants – they are Holocaust survivors. My grandmother was in line to be shot into a pit. She said, ‘What happens if I step out of line?’ He said, ‘I don’t have the heart to shoot you, but somebody will,’ and she stepped out of line. For that, I am here and my children are here.” The lesson is one we’ll remember long after tonight’s show: “So, step out of line, ladies.”

‘STEP OUT OF LINE’: @AlexBorstein dedicates Emmy win to the amazing women in her life & pays special tribute to her grandmother who survived the Holocaust https://t.co/up5qkh9lSe #ktvuemmys pic.twitter.com/AiozkMMzvx

Exciting news: Fleabag mastermind/all-around genius Phoebe Waller-Bridge now has three Emmy Awards for your favourite show of 2019. The Brit accepted three statuettes on behalf of the hit series: best comedy writing, lead actress in a comedy and best comedy series. Waller-Bridge’s acting win was also somewhat of an upset. Veep star Julia Louis-Dreyfus was also up in the same category for the show’s final season – and if she’d won, she would have become the actor with the most Emmys in history.

While accepting the Emmy for supporting actress in a limited series for her role in The Act, an emotional Patricia Arquette took a moment to honour her sister Alexis, who passed away in 2016, and speak out in support of trans rights. “I’m grateful at 50 to be getting the best parts of my life,” she said. “And that’s great, but in my heart, I’m so sad. I lost my sister Alexis.”

She continued: “I’m in mourning every day of my life, Alexis, and I will be the rest of my life for you until we change the world so that trans people are not persecuted. And give them jobs – they’re human beings.”

“I am in mourning every day of my life, Alexis, and I will be the rest of my life until we change the world so that trans people are not persecuted.”

Thank you Patricia Arquette (@PattyArquette) for showing up every day for the trans community. #Emmys ??⚪ pic.twitter.com/oggCNa6qWi

Jharrel Jerome received some of the loudest, most joyous cheers upon winning best actor in a limited series for Netflix drama When They See Us, which is based on the 1989 Central Park jogger case. From the stage, the actor tearfully thanked his mom, writer-director Ava DuVernay and each member of the Central Park Five – now more justly known as the Exonerated Five – who were all in attendance.

Jharrel Jerome thanks “The Exonerated 5” in his acceptance speech for #WhenTheySeeUs #Emmys #Emmys2019 pic.twitter.com/1T94C5RHTl

Michelle Williams‘ Emmy win for her leading role in biographical miniseries Fosse/Verdon gave us a couple of incredible moments. First, there was the very meme-able reaction shot of her BFF Busy Philipps lovingly looking on from the crowd.

More importantly, however, was Williams’ call to action for equal pay. (You’ll remember she made headlines a couple of years ago upon finding out she was paid significantly less than her All the Money in the World co-star Mark Wahlberg during reshoots for the film.) The actor noted she was paid equally for the mini-series because those making the show “understood when you put value into a person, it empowers that person to get in touch with their own inherent value.

Williams added: “The next time a woman, and especially a woman of colour – because she stands to make 52 cents on the dollar compared to her white, male counterpart – tells you what she needs in order to do her job, listen to her. Believe her, because one day she might stand in front of you and say thank you for allowing [her] to succeed because of her workplace environment and not in spite of it.”

“The next time a woman, and especially a woman of color – because she stands to make 52 cents on the dollar compared to her white, male counterpart – tells you what she needs in order to do her job: Listen to her. Believe her.”

For those of you keeping track, the night’s major winners include: Phoebe Waller-Bridge for lead comedy actress for Fleabag; Bill Hader for lead comedy actor for Barry; and Marvelous Mrs. Maisel stars Tony Shalhoub and Alex Borstein both won supporting-actor awards in the comedy category. Peter Dinklage took home the supporting actor in a drama award for his Game of Thrones role (for a record-setting fourth time), while Julia Garner won for Ozark; Pose‘s Billy Porter and Killing Eve‘s Jodie Comer each won their lead drama categories. Fleabag was crowned best comedy series and Game of Thrones won best drama for its final season. A full list of winners can be found here.