The best moments from the 2018 Emmys

Including a surprise proposal. 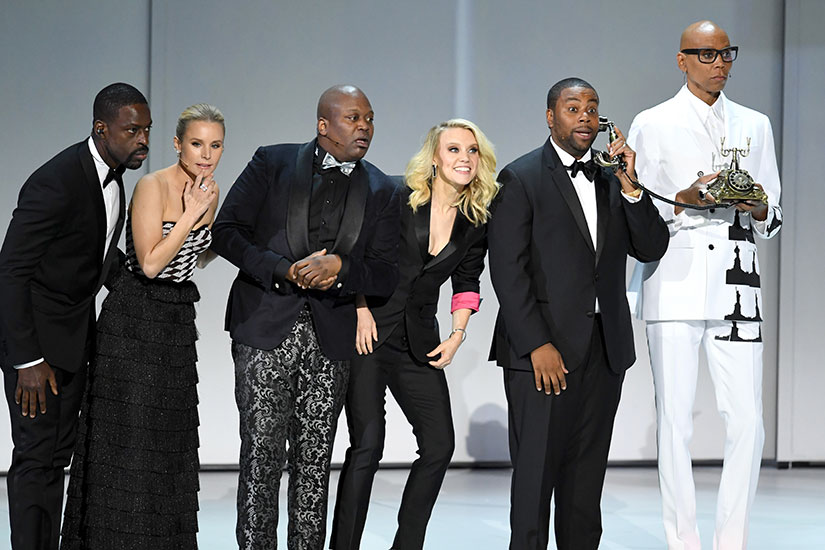 1. The Emmys solved diversity. (Not really.)

Amazon’s The Marvelous Mrs. Maisel dominated the comedy portion of the awards. Stars Rachel Brosnahan and Alex Borstein took home winged-statuettes in their acting categories, while series creator Amy Sherman-Palladino (yes, the woman we have to thank for Gilmore Girls) won for both writing and directing episodes of the show. “This show is about a woman who’s finding her voice anew, and it’s something that’s happening all over the country right now,” Brosnahan, who was visibly moved during her acceptance speech, said.

And the award for funniest and most endearing acceptance speech goes to Regina King, accepting the trophy for Outstanding Actress in a Limited Series or TV Movie for her role in Netflix’s Seven Seconds. “Really? Say word,” the actress began. “I want to curse right now.” Another reason to celebrate? It’s also King’s third-ever Emmy win.

While accepting the Emmy for outstanding directing for a variety special, #Oscars director Glenn Weiss proposes to his girlfriend… and she says yes. #Emmys pic.twitter.com/FcyUipMlx1

The academy took their its last chance to honour certain nominees. Claire Foy took home the award for Outstanding Lead Actress in a Drama for her last season as Queen Elizabeth on The Crown. (Foy also used the opportunity to shoutout fellow lead actress nominee Sandra Oh from on stage.) Joe Weisberg and Joel Fields also won a writing award for the final season of their twisty spy drama The Americans, while series star Matthew Rhys was also crowned for his role for the first time. While on stage, Rhys gave a touching tribute to his co-star and IRL partner Keri Russell, joking, “She said, ‘If you propose to me, I will punch you clean in the mouth.’”

Everything We Know About Bridgerton Season Two (So Far)