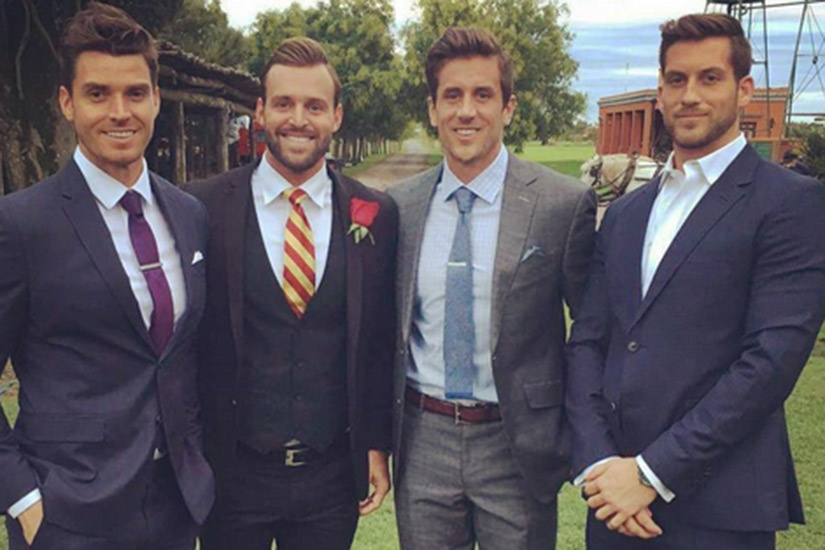 Hometowns are the best – and most unpredictable – part of The Bachelorette. Why, you ask? Because while the contestants always try to hide the crazy, the families embrace it. (Remember JoJo’s mom chugging all the wine?) Here’s our verdict on the final four.

We open in beautiful, snowy Colorado, the home of closed-off, icy Chase. (See how I did that?) He comes from a broken home and that’s why he’s been so reluctant to open up to JoJo, not because she’s dating a million other guys.

The two have a standard (yawn) parental meeting with his dad, is followed by a big, happy family gathering at his mother’s house where he sheds a single tear, tough guy style as he shares his feelings.

Real verdict: if this was real life, and not accelerated Bachelorette timeline, Chase might have a chance. We can only hope he’s the next Bachelor.

Cowabunga! We’re off to see Jordan in Calif. (Jordan is such a California name). But wait, this date is fast morphing into an episode of Friday Night Lights. Jordan takes JoJo to his high school where they have a steamy library makeout (#myworstnightmare). Oh no, going back to school has stirred up some adolescent emotions about his estranged NFL football player bro Aaron. “It’s something we don’t talk about a lot,” says Jordan’s other bro, Luke.

Real verdict: “I’m crazy about him,” says JoJo. “I’m so excited for what can happen to him and I.” Hometown date touchdown! Final two for sure.

Peace out West Coast, it’s off to the East Coast. We head to St. Augustine, Fla., the home of super slick Robbie. Fittingly, he’s organized a cheesy carriage ride for which JoJo melts. But she’s not horsing around (wee!), and calls out Robbie for breaking up with his ex just three months before The Bachelorette. (Robbie, you’ll recall, told JoJo he loved her like two minutes into the season.) “It’s never going to come back up,” he says of his ex-girlfriend. “Tonight’s going to be a dream come true.”

Famous last words, Robbie. Apparently there’s a rumour around allll of St. Augustine that Robbie broke up with his ex to go on the show. This could destroy Robbie’s master plan! “I don’t want JoJo to doubt anything we have,” he says. Cue not-so-dramatic showdown with JoJo. “I think the only thing to do is trust Robbie,” she says.

Mom verdict: “JoJo made an incredible first impression,” says mom Holly. “I think all of us felt right away that Robbie cares for JoJo.”

Real verdict: Robbie, you are the weakest link, goodbye!

“It feels so good to be back in Texas,” says JoJo. Don’t you mean it feels sooo good to be back with Luke, who you are totally going to marry? Fifty people (and I’m not exaggerating) shows up to meet JoJo in Luke’s small town. But, JoJo manages not to pull a Wile E Coyote in the opposite direction and charms every man, woman and yes, one chubby, grinning baby.

Mom verdict: “She seems to love people and family and think a lot of you,” says Mom.

Rose ceremony time! Tbh, I kind of tuned out because I figured I knew who was going home…until JoJo said she might actually vote her soulmate Luke off the show? If so, I may never watch again, just like I never watch the second half of the Titanic and still believe Jack and Rose are together.