The 7 Buzziest Movies from Sundance 2019 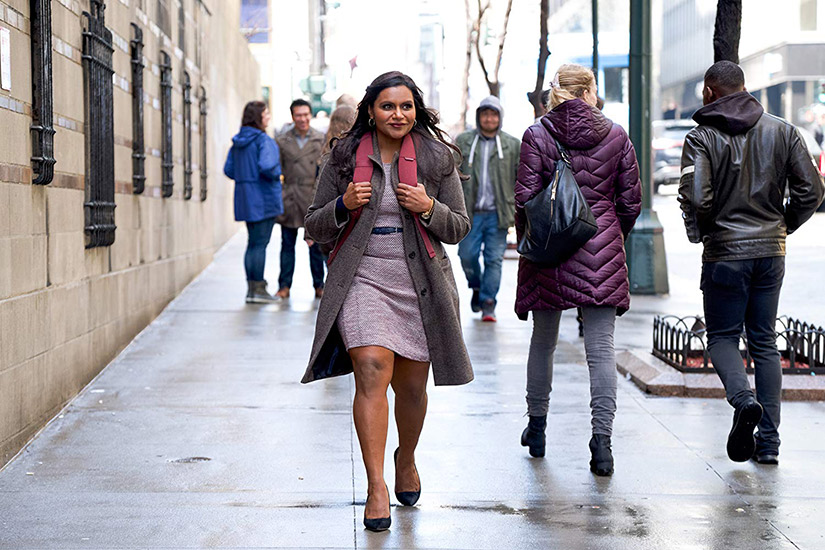 Another Sundance Film Festival has come and gone in the high altitude of the mountains of Park City, Utah, and judging by the critical reception, it was a pretty good one. Here are some of the most buzzed-about movies that debuted at this year’s fest—that we’ll likely be talking about throughout 2019.

We were eagerly awaiting the Mindy Kaling-penned film Late Night (starring Kaling and Emma Thompson) loooonnnng before it premiered at Sundance. That was also before news broke that Amazon bought the comedy, about a comedian on the verge of losing her late-night show (Thompson) who hires an Indian-American woman to add diversity to her writer’s room, for a record-setting $13 million. And even before one critic basically described it as The Devil Meets Prada for late-night comedy. We think we already love this movie?

Between Ocean’s 8 and Crazy Rich Asians, Awkwafina had a huge 2018, hilariously stealing scenes whenever she popped up on screen. It looks like 2019 may be dramatic breakout for the rapper-actress, with her leading turn in The Farewell, as New Yorker Billi travelling to China to visit her beloved grandmother who—unknowingly—has just been diagnosed with terminal cancer. If this sounds at all familiar, it may be: The Farewell is based on writer-director Lulu Wang’s family story, which was also featured in a 2016 episode of This American Life.

#TheFarewellMovie is a true story based on an #ActualLie, premiering at Sundance next week. Thank you Lulu for trusting me to tell your story. I am forever grateful.

Look, we know this year’s Oscars haven’t even happened yet, but we’re already expecting to see death row drama Clemency at the 2020 ceremony. Director Chinonye Chukwu made history when the film—about a prison warden (Alfre Woodard) and prisoner (Aldis Hodge) dealing with his upcoming execution date—won the Grand Jury Prize for U.S. drama, making her the first black woman to receive the honour.

This four-hour doc, set to premiere on HBO later this year, deep dives into allegations of abuse against Michael Jackson. The two-part film garnered criticism from both devoted fans and the popstar’s family, but journalists have called it a detailed, devastating and hard-to-watch examination of trauma, guilt and celebrity.

We round out the 2019 #Sundance lineup with additions to the Documentary Premieres and Special Events sections. ⠀ LEAVING NEVERLAND, directed by Dan Reed (?) ⠀ THE BRINK, directed by Alison Klayman

Honor Swinton-Byrne (yes, daughter to Tilda) becomes one to watch thanks to her role as a quiet film student in an emotionally-fraught relationship with an untrustworthy man in The Souvenir. Tilda also stars as the on-screen mother to her IRL daughter in this British film, which won the Grand Jury Prize for international drama at the fest.

A post shared by Protagonist Pictures (@protagonistpictures) on Dec 4, 2018 at 4:43am PST

Here’s another one already attracting Oscar buzz. Based on real events, Adam Driver (who’s also nominated for an Academy Award for his supporting role in BlacKkKlansman this year) stars as Daniel Jones, an aide to Senator Dianne Feinstein tasked with finding out the shocking truth about what really happened when the CIA used “enhanced interrogation techniques.”

I am so honored to be a part of the film #thereport written and directed by #scottZburns Scott created a beautifully elegant and gripping story that sheds light on difficult and important subject matter and ultimately celebrates #danJones and the heroism that comes from a commitment to integrity. Working with this group of people was an absolute dream! #sundance #annettebenning #adamdriver #johnhamm #scottZburns

Blinded by the Light

It’s been 17 years since director Gurinder Chadha gave us the iconic (an opinion we will forever stand by) Bend It Like Beckham, and now her latest is earning comparisons to her breakout. The coming-of-age Blinded by the Light follows Javed (Viveik Kalra), a Pakistani-Brit living in London suburb during the ‘80s who discovers the music of Bruce Springsteen and learns how to express his identity.