Talking family, crying on camera and 'Ben is Back' with Julia Roberts 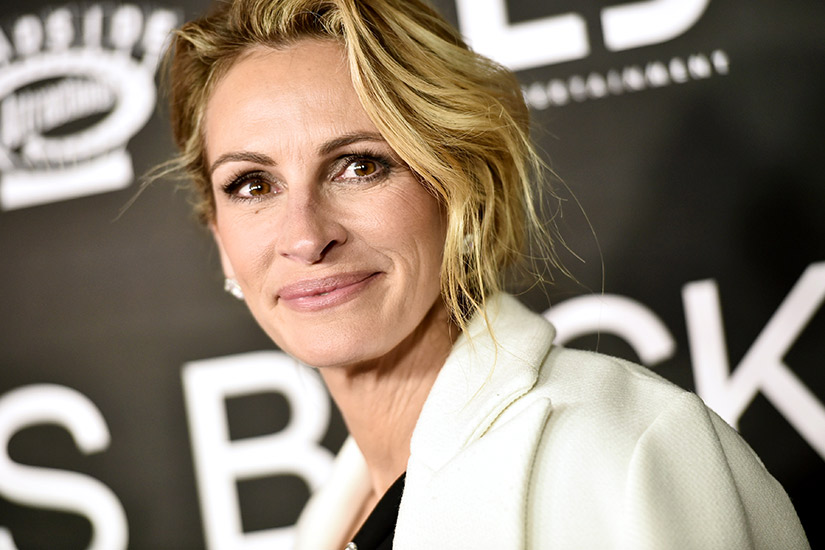 Film junkets are a little like speed dating–except, instead of a future Mr. or Mrs. Right in front of you, it’s a celeb. And, instead of trying to find out if you have a love connection, you’re trying to find everything out about their new movie.

That was the situ for me, Julia Roberts and Kathryn Newton (remember her name; she’s about to be everywhere) during the Toronto International Film Festival earlier this year. Roberts and Newton play mother and daughter in the new drama Ben is Back. Roberts has four children in the movie, the eldest of which, the titular Ben (Lucas Hedges), is a recovering addict. Ben decides to surprise his family with a trip home from rehab on Christmas Eve, but temptations prove too strong for him while Roberts’ character Holly struggles to keep him clean. (Bring your big sunglasses for when you leave the theatre, because you will cry, trust.)

Here’s some of our highlights from our chat.

So much of the movie is about unconditional love. Do you think there are any limits to that kind of love?

Julia Roberts: I don’t think unconditional love is logical; there’s no clarity or linear thought. You don’t say, ‘Well, if I do this, then I’m sacrificing all these other things.’ It’s a complicated emotion.

Kathryn Newton: For Ivy, as Ben’s sister, it’s really hard for her to forgive him. She’s so young, and when you’re that young, you have to focus on yourself. She’s gotten her heart broken so many times and she doesn’t want to open up again. Ben coming back is hard for her to accept because she doesn’t trust him anymore. Ivy tries to be the voice of reason to her mom’s unconditional love.

Playing a family, what were your relationships like on set?

JR: I had a really immediate and close connection with Kathryn and Lucas, which was infinitely helpful for me to have a that sense of love with them. They were both away from their moms, so I was able to feel like there was space for me.

KN: You really took us under your wing, especially with your bear hugs.

JR: It was unique and special time. Honestly, the more we talk about it, there were all these little moments, like sitting on the couch in my little room watching TV, that presented themselves that we benefited from as people and benefited from in our ability to translate our parts in these roles.

KN: Lucas and I had also met three years ago on a film and, almost immediately, I felt like I knew him. We’re both really outgoing and just give our hearts. But it’s funny because we only hang out when we do films together. But when you’re on a film, the more vulnerable and open you are, your bonds become deeper.

Kathryn, I’m sure a lot of people have asked you what you learned from Julia. But, Julia, what did you learn from Kathryn, because you can learn from everyone?

JR: She’s extraordinary in being such a capable person away from her family and just really seemed, at all times, in the moment and joyful, especially with the ability to be as fragile as she was [while acting]. I would leave work sometimes and think, ‘God, I’m a terrible person for yelling at Kathryn all day.’ Her ability to participate in her character the way she did and then remove herself from it is extraordinary, especially at her age. When I was 21, I was still figuring it out—how does this work? Am I going to punch myself to make myself cry [on set], or think about my dog getting hit by a car when I was eight? And she just knows, she’s a knower.

KN: I learned so much from Julia from the start. I didn’t know what to expect and when I met her, there was a huge hug. I went into her home, got to see her and her family and see how much love she gives them. It’s no different, it just transcends onto the set. She created an environment where I was free and able to be fragile, not afraid. I just want to be like that, as caring and generous as she is.