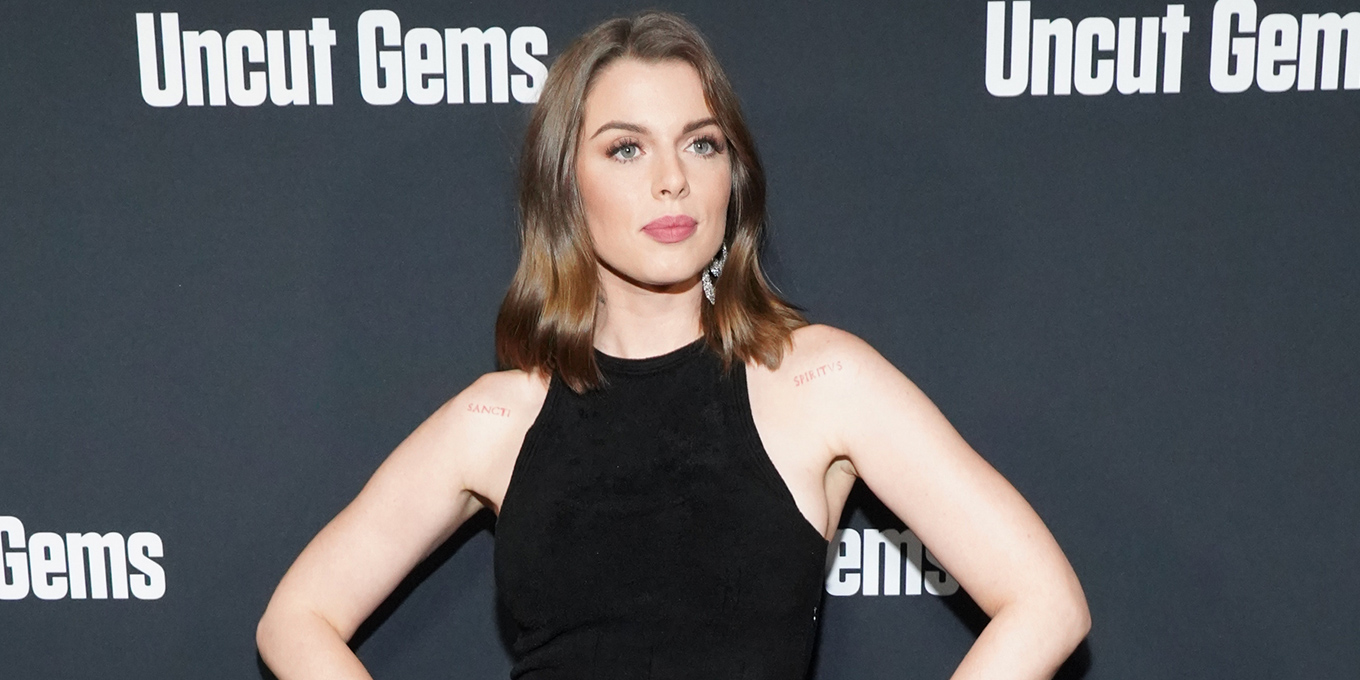 If you haven’t heard of Julia Fox yet, you will soon. The 29-year-old is currently starring alongside Adam Sandler in the anxiety-inducing crime thriller, Uncut Gems. According to director Josh Safdie, when Fox first read the script in 2014, she thought he and his brother/co-director Benny Safdie were spying on her because it was so aligned with her life.

You probably were dying to know more about her after watching Gems and luckily, she’s making the rounds doing press interviews and profiles. They are such a treat to read, each one revealing endless fun facts, like she once brought a cat to the club and once started a fashion line with her best friend. Here’s what we know so far:

She was born in Italy and raised in New York City.

Fox was born in Italy but grew up in the Yorkville neighbourhood of New York City, according to a New York Times profile. Technically, Gems is her first professional acting role, but she argued that she learned how to easily slip into roles after working as a dominatrix while in high school. According to an interview in PAPER, there was no nudity or intercourse involved, just fantasy role play. “I was thrown into that as a teenager, so I’m good under pressure and I can read someone and know what it is that they want,” said Fox. “I pick up subtle cues very well and pay attention to detail.”

She’s been a model, photographer and artist.

Fox is used to being both in front of and behind the camera. She’s modelled for Playboy and more recently in a PAPER photoshoot with Pete Davidson (you know the one). She’s also become a fixture in the fine arts scene, having produced two photography books and hosting a funeral-themed art show, “RIP Julia Fox” back in 2017. The images she produced are highly graphic (read: NSFW), dealing with violence, sex and drugs. Paintings in her 2017 exhibit supposedly included her own blood as a material on canvas.

The Uncut Gems role wasn’t written for her at first, but then it kind of was.

According to the Hollywood Reporter, Josh Safdie said he first noticed Fox on the now-defunct app Vine and recognized an irresistible star quality. Fox said 300 girls auditioned for the role of Julia in Gems, in an interview with Jimmy Kimmel, but Fox proved to the distributors that she was the one for the role. She also says that though the role was not originally written for her, as her relationship with the Safdie brothers developed, so did the part of Julia.

I’m starting to get really self conscious that I only post photos of myself I swear I’m not always like this!!!! 😩😩

As for relationships, Fox married her husband Peter Artemiev, a Brooklyn-based pilot, in November 2018, according to her interview in the Times.

She’s a fan of eyelash extensions.

In an Into The Gloss article from 2015, Fox breaks down her entire beauty routine, and shares that she’s been getting regular eyelash extensions since she was 21. She also says she’s a fan of Sally Hansen Airbrush Legs Leg Makeup and Jergens Natural Glow Revitalizing Daily Moisturizer. Noted.

@dior they don’t make em like this anymore 📸 @dxprutting @bfa

She plans to write and product more films.

Her politically charged short film, Fantasy Girls has been submitted to festivals and she told the PAPER that she is ready to write, direct and produce more after the Gems press run finishes in a couple months. Part of us can’t wait to see what she does next, and the other part wants to exist in this Julia Fox-Uncut Gems echo chamber forever. Needless to say, we’re obsessed.