"It's such a crazy time, but I feel so proud to be living in Canada." 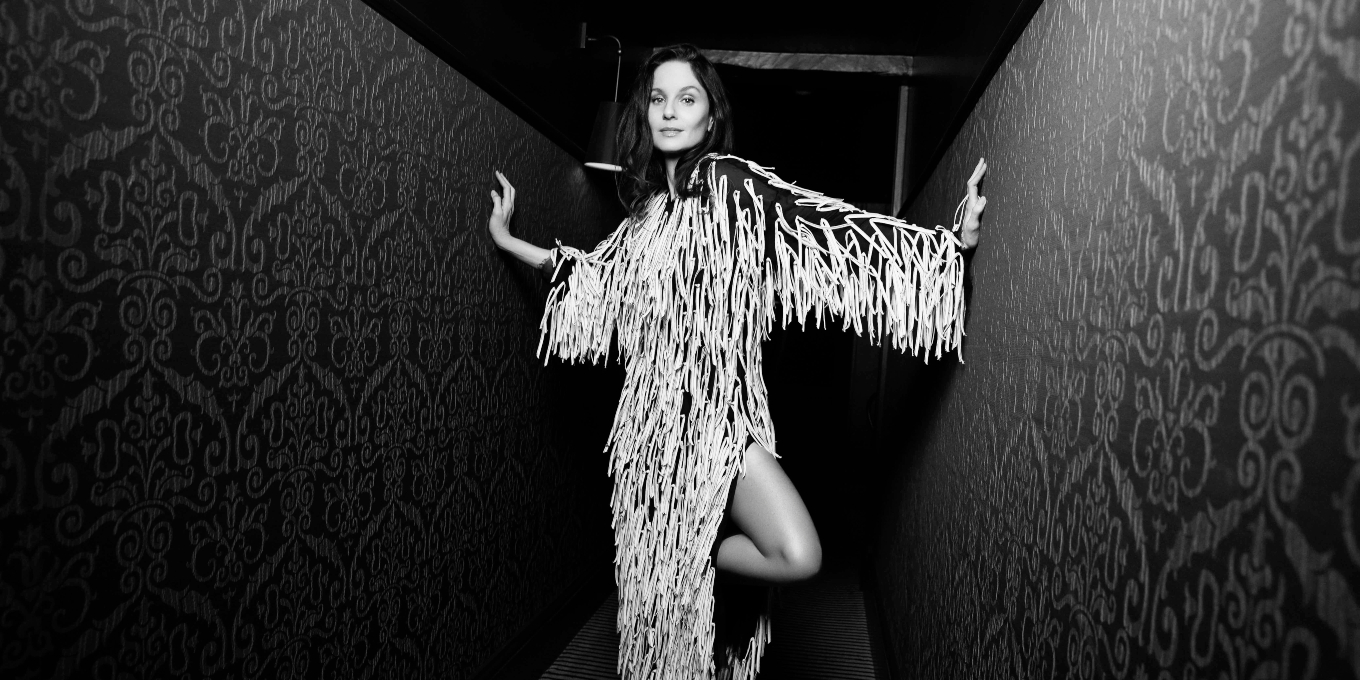 “I am aware of the privilege in my life in a whole new way,” says actress Sarah Wayne Callies from her home in small-town British Columbia. We’re meant to be talking about the 42-year-old’s latest project, Council of Dads, but, naturally, our conversation is quickly consumed by what the rest of the world is talking about: living in self-isolation during the COVID-19 pandemic. “We live out in the woods, which has always been something that I’m really grateful for, but right now it feels like the biggest gift in the world. We’re still restricted, and we miss our friends and family, but the level of burden on us is not what it is for so many people.”

After spending many great years starring as an action hero in beloved shows like Prison Break, The Walking Dead and Colony, Callies was ready for something a little less…violent. Enter feel-good drama Council of Dads, in which she stars as Robin, a widow whose husband’s terminal cancer diagnosis leads him to recruit his best friends to act as father figures to their children after his death. We caught up with Callies to talk self-isolating and the show (its first episode is now streaming) before its regular timeslot debut on April 30 on Citytv.

How are you handling this experience of social distancing so far?

We were actually already under a 14-day quarantine – I came back from the States just before [the government] had started asking people to voluntarily self-quarantine after travel, but it seemed like it was a good idea to do it. [After that], we didn’t really see any reason to change the way we were living, giving what’s going on in the world. So we’re holed up, [my kids are] doing remote schooling and we’re listening to Trudeau every morning to hear what’s going on.

How are you and your family managing? As someone who doesn’t have children, it seems like self-isolating is more difficult as a working mom.

What I’ve observed is that there are many types of quarantine that people are experiencing. I have friends who are on their own and are struggling with the demon of loneliness and feeling disconnected. Then there are those of us who have school-aged children who just can’t seem to keep up. I’m constantly spread thin. My kids are at two different schools, so they have different programs. I’m cooking every meal, trying to garden, trying to figure out how to earn a living. It feels like a lot, but we’re lucky to have the resources to be able to social distance. There are so many people for whom this is an impossibility, both economically and professionally.

We also live out in the country, so being in acreage makes such a difference. I can send my kids outside to run around and play and get fresh air. It would be much more challenging to do this if we living in the city. I feel incredibly lucky.

It’s such a crazy time, but I feel so proud to be living in Canada. Earlier, I talked to a guy out in Langley who runs an auto imports company and he’s made their cars available for healthcare workers so they don’t have to take public transit. He’s providing transportation for people out of his own pocket so they can get to and from work safely, take care of their families and take care of us. I think that’s so beautiful.

It must be a relief to have the space to be outside but still be able to follow the proper health and safety guidelines.

Yeah. I think people who live in the country are used to being a little more self-reliant. I’ve always got food stocked up because a couple of Christmases ago [a lot of the province] lost power [after a storm]. We didn’t get power back for about a week. It was a long time to be in the dark with a wood stove running 24 hours a day for heat. It’s a very different skillset. Like, when I was living in Savannah shooting Council of Dads, I just thought differently – I could walk to the grocery store twice a day.

Why did you want to get involved with Council of Dads?

When I first read the pilot in early 2019, I was focused on other aspects of my career – writing, directing and producing. I was not looking to act. But this script was sent to me and [my team] said, “No, no you have to read this.” The world felt very fractured and angry and judgemental, and this is exactly what I wanted to put out into the world. I wanted to put out something hopeful and loving.

I was tired of the constant drive in television for bleakness and sarcasm and violence. I’ve just had enough of those shows. I’ve been a part of those types of shows in a way that pushed the envelope. But that was during a time in our global history when we felt safer. Now, at this moment, I want to put something out that will heal people.

this is our family. we get thru stuff together. join us tuesday, we’d love to have you. #councilofdads NBC 🇺🇸/ CityTV 🇨🇦

You mentioned you were shifting away from acting before Council of Dads. Why?

The last thing that they do when they tell a story is hiring actors. Before that, someone decides what the story is going to be, who’s going to tell it, who’s going to be included. I’ve been supporting myself as an actor for 20 years and I’ve loved it, but consistently throughout my career, I’ve looked around at the stories and gone where are the people I know? Where is the diversity that I see, where are the voices that I hear? Where are the women that I spend my time with? And things have certainly gotten better, but we have such an enormously long way to go.

I want to write, produce and direct largely to help guide what stories get told. Everything that I’m involved in creating has a woman at the lead of it, more often than not a woman of colour, and it represents the world that I know. That’s also part of why I signed onto Council of Dads. The show represents characters of different genders, sexualities, viewpoints and ages, and that’s a beautiful thing to be apart of.

Why has this been important for you throughout your career?

Culturally, we know who we are by the stories that we tell. I want to tell stories that reflect my experiences and diverse experiences of femininity. For a long time in my career, being a leading lady, for the most part, meant supporting a leading man. This means the story is written around him and your character will do all types of crazy things that may or may not makes sense because it’s not about you. It’s about you getting him from Point A to Point B. And that’s not good enough. We need stories where being a leading lady means having your stories articulated with its own logic and its own journey and its own emotional truth. Not just serving the stories of men. And of course, there have been exceptions to that, but I’m talking about the norm. And those stories change when they are written, directed and produced by women.

There was a preview of the show last week. What has the fan response been like so far?

I feel like the potential for the show to be a tiny service to people is even greater during this global lockdown. I’m really proud to be a part of it. The response has been amazing. I wasn’t on Twitter before, but joined so I can live-tweet the premiere. I was warned by all of my friends that I was going to hate it, but I’ve been really struck by the positivity of the response. I’ve seen everything from people going, “Hey, I needed a good cry,” to “I watched this with my kids and it gave us something to hold on to.”

It’s hard to be vulnerable. It costs you something. You put yourself out there and say, “This is my heart,” and sometimes people think it’s great and other times they put a bullseye on it, draw their bow and let the arrow go. But I think it’s a lot easier right to, culturally, to be like, “I see your heart, now here’s mine.” That’s how you bridge gaps between people, like what that guy in Langley is doing. Not to get on a soapbox, but I’ve been thinking so much about how we show up for other people right now.