One-on-one with the actress on Netflix’s Maniac and Ozark season two. 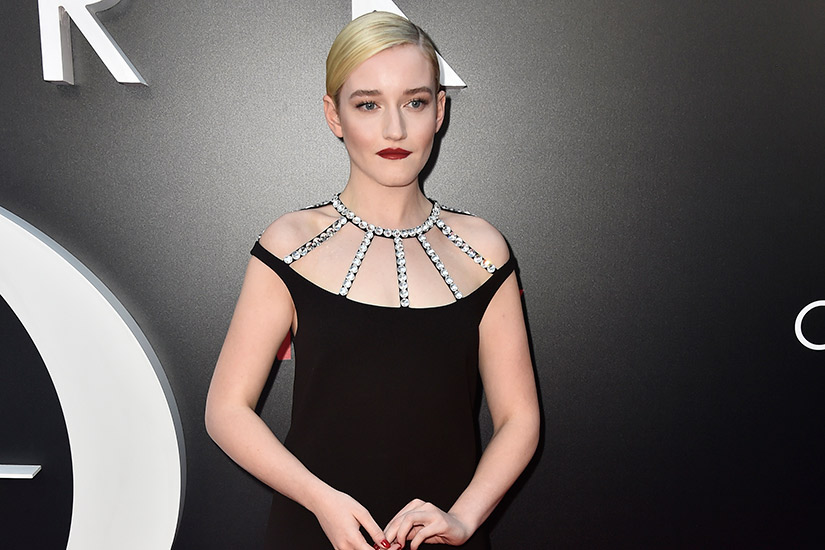 If you’ve ever seen a movie or TV series starring Julia Garner, there’s no doubt she made an impression. Whether it’s as the rebellious yet impressionable Kimmy (an unsuspecting asset to Matthew Rhys’ Philip) on The Americans, or as the scene-stealing, no-nonsense Ruth Langmore on Netflix’s Ozark, the 24-year-old has a way of completely transforming for every role she takes on—which is why, when the New York City native seamlessly transitions into Ruth’s trademark Missouri drawl in the middle of our chat earlier this month, it’s a totally surreal experience.

Also noteworthy of Garner’s extensive list of credits (which also includes Sin City: A Dame to Kill For and Waco, a six-part miniseries based on the 1993 Texas siege): the wide array of women she’s portrayed. That’s a conscious effort, she says. “It’s very important for me. It’s just so hard to be a working actor and a lot of people get typecast in one [kind of] role,” she tells us. “Every part that I do has to be different from the last part that I did so I don’t become a stereotype.”

There’s little risk of that happening anytime soon. Garner is back as Ruth for season two of the Netflix crime drama, which drops today. On September 21, she’ll be back on the streaming service for the trippy, top-secret (plot-wise) Maniac, starring Emma Stone and Jonah Hill and directed by Cary Joji Fukunaga (True Detective). We sat down with Garner while she was in Toronto to talk Ozark and learn about her newest role.

What’s happening with Ruth for season two of Ozark?

A lot is happening. Her dad is much more in the picture and she is in a much more vulnerable state. And it’s confusing for her, because she loves her dad, but she doesn’t like him. She starts to kind of lose her identity and [works on] regaining it by the end of the season. It was really hard to do, because you’re supposed to play a person, be so deep in a person. But I know Ruth so well.

Ruth is such a badass and even kind of scary. Is it hard to get into that frame of mind, or is it more fun?

It is fun, but I don’t view it like she’s badass. It’s like a defense mechanism. She’s hurting people because they hurt her, so she feels ashamed that they hurt her and she wants to hurt them back. She doesn’t really think about it. She never thinks, she does.

What can you tell us about Ellie, your character in Maniac?

Ellie is Annie [Emma Stone]’s sister. They’re like polar opposites. Ellie’s more of the straight-laced sister. She wants to be a little more in control, she’s not as rebellious as her sister. She plays it safe, always. And there is tension because they’re so different and that pulls them apart.

What was it like working with Emma Stone? Did you learn anything from her?

She was just so kind and such an amazing scene partner. We had so much fun, we laughed a lot. She was kind of like a sister. She was just so sweet and I feel very lucky not only to have worked with her, but to have met her. She’s really incredible.

Since we’re talking about both shows, let’s compare a little bit. Who are you more like, Ellie or Ruth?

Definitely Ellie. I can understand her better because I’m a younger sibling, I have an older sister. I don’t think things have to be done in a particular way, and I’m definitely more open—obviously, I have to be for my job. [Laughs] I can understand Ellie much more than Ruth. The only thing I can really  identify with Ruth is that she’s young, but anyone can identify with that.

I’m going to have to say Ellie again. Because with Ruth it’s wedged flip-flops the bedazzled shirts. I like something classic and chic, thinking about what looks and feels good on a person. But you know what? I would honestly wear Ruth’s Tupac shirt.

If there were a trait you could take from either Ellie or Ruth, what would it be?

I love how quick Ruth is. Nevermind that she’s a borderline sociopath. [Laughs] And not saying that I’m not quick, but I’m not quick like that. I don’t know many people that are. She just kind of goes with it and it’s amazing. That’s what I love her.

What’s a role you haven’t done yet that you’d love to do?

I definitely want to do a rom-com. I love romantic comedies so much. When Harry Met Sally… is probably my favourite movie. From that to Ozark…that’s something different!