What's On Our Pop Culture Radar This October

From digital art galleries to limited-edition jackets, here is everything ELLE Canada editors are excited about this month. 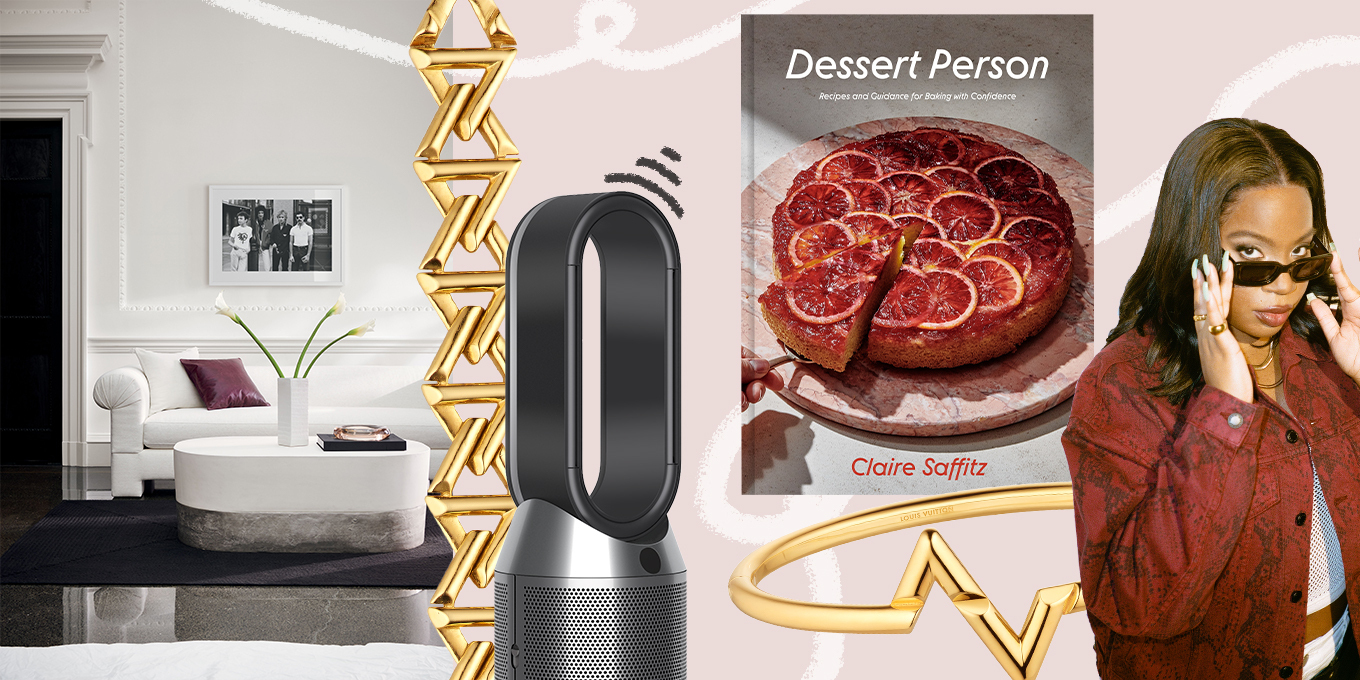 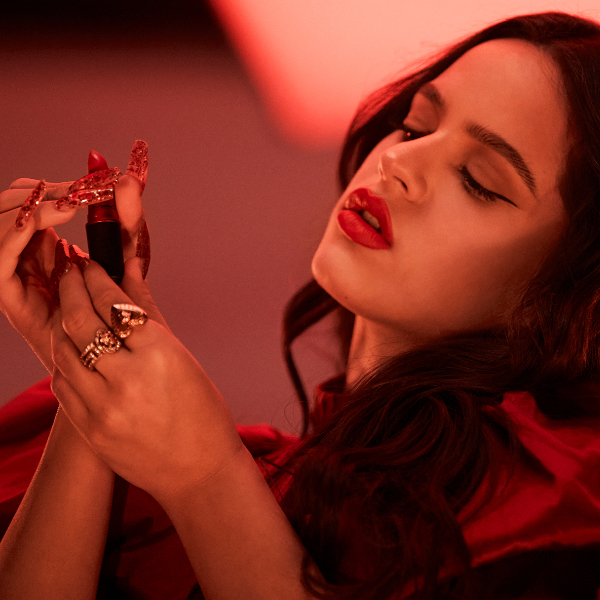 What’s red and orange and matte all over? The fiery new collab from Rosalía and M.A.C Cosmetics, of course. The Viva Glam lipstick’s bright cinnabar shade – which is very reminiscent of the flamenco singer’s bold style – comes in the brand’s signature matte formula. Bonus: As with other Viva Glam products, 100 percent of net sales will go to charity. It’s a no-brainer for us. ($24, maccosmetics.ca) 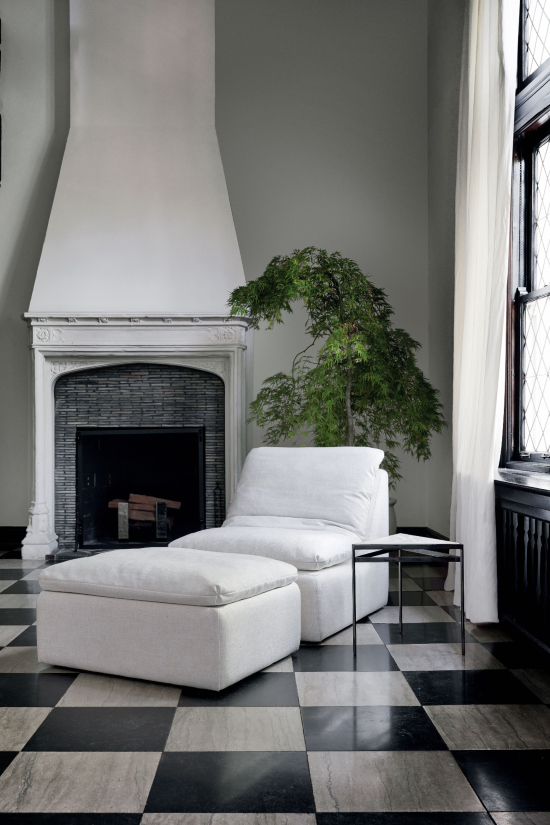 Think outside the box this fall with Kara Mann. The acclaimed interior designer – who has worked with Gwyneth Paltrow for a Goop pop-up – is known for her irreverent style and ignoring the rules. Her trademark sensibility has carried over to her new collection for CB2, which is all about contrast. Pieces are a somehow seamless blend of mixed materials and influences, appearing hard and soft at the same time. (From $49, cb2.ca)

A Cookbook For Dessert 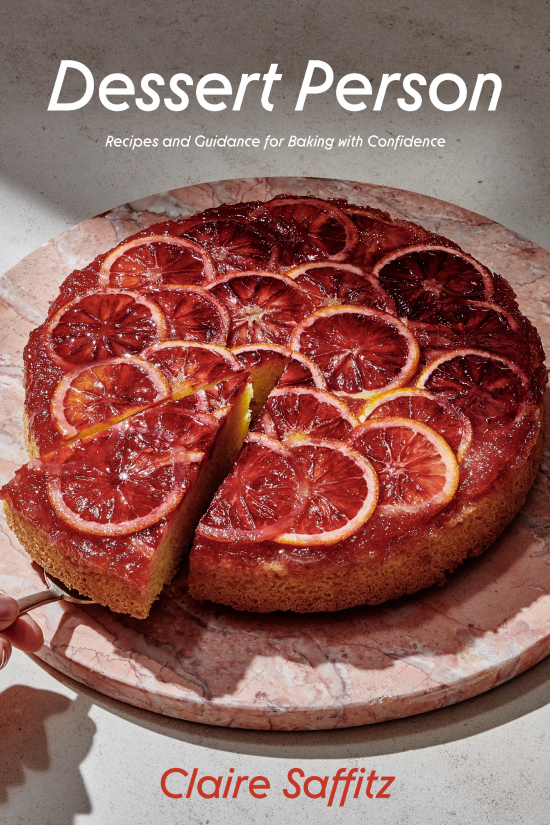 Claire Saffitz became the internet’s favourite pastry chef thanks to her clever YouTube series, Gourmet Makes, in which she painstakingly recreates elevated versions of popular snack foods. Now, she’s bringing that same expertise to her debut cookbook, Dessert Person (out on October 20)—only with dishes that are much more doable at home than the ones in her videos. (Think more brownies, fewer Pop Rocks.) Alongside her 100-plus recipes, Saffitz offers tips and tricks to ensure that each bake is as easy as pie.

A Step Up From Your Regular Fan 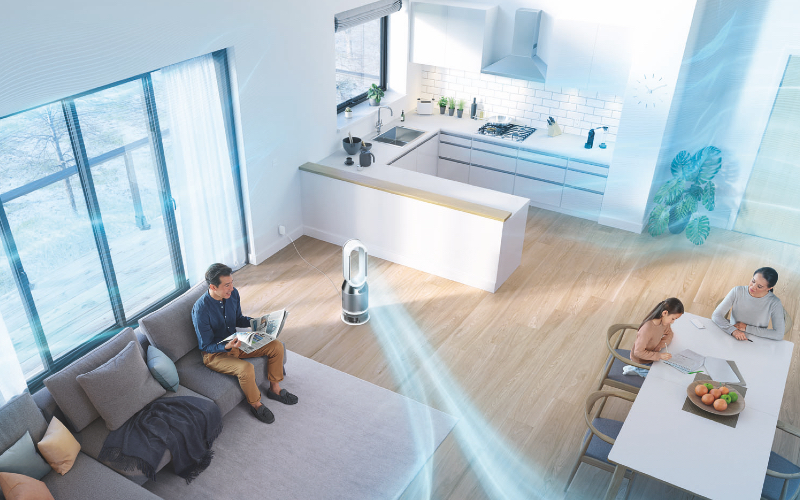 Breathe in some fresh air without having to pause your current Netflix binge thanks to Dyson’s new three-in-one purifying and humidifying fan. The Pure Humidify+Cool simultaneously adds moisture to the air and cleans it and also kills any bacteria that may build up in its water tank. And for the first time, Dyson engineers have added cooling jets to the fan that mimic the kind of energizing breeze usually felt on only the most perfect of days. ($1,000, dysoncanada.ca) 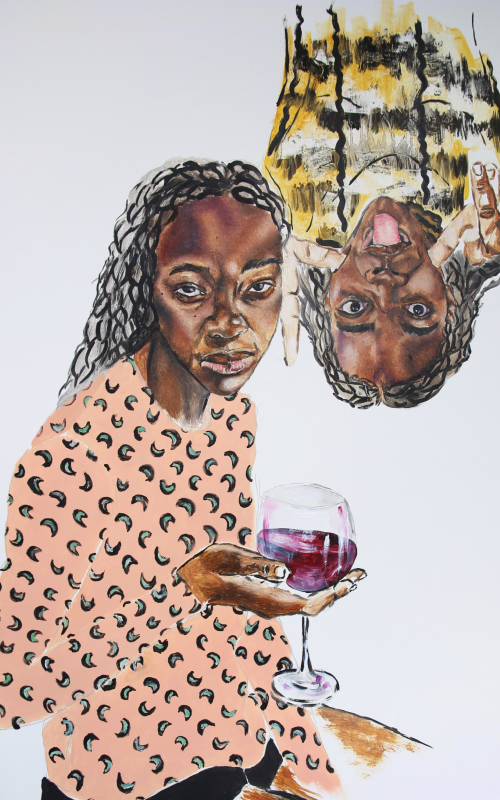 Looking for a new socially distanced activity? Enter Mirror Mirror, an art gallery that is open 24-7 and eliminates the need to wait in line. The new digital platform exhibits works from Toronto’s emerging and established artists with the goal of supporting the creative community through the pandemic’s upheaval. “Digital galleries make art more accessible to people,” says co-founder Duane Bobbsemple. “The majority of people [who] don’t go to art galleries and museums feel that the work and the culture that permeate those spaces exclude them.” Take in everything from ceramics to illustrations, as well as live talks and interviews, and feel free to linger.(mirrormirror.gallery)

A New Show Based On a Best-Selling Trilogy 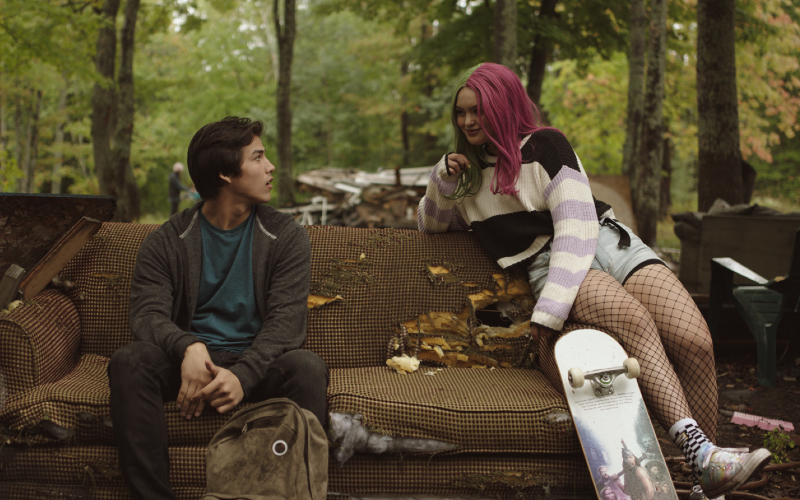 In the age of peak TV, many shows have been heralded as “unlike any- thing else on television.” In the case of Indigenous-led series Trickster, about a teen whose already chaotic life is upended by strange visions, it’s actually true. Based on the novels in Eden Robinson’s bestselling Trickster trilogy, the surreal drama—which, btw, has already scored a second season—marks the first time CBC has adapted a series of books by an Indigenous writer. Catch it when it debuts on October 7.

The Final Season of a CBC Hit Show 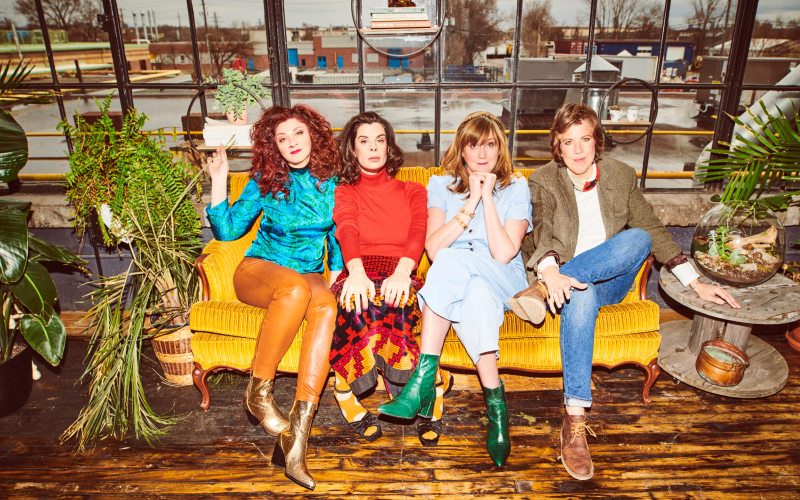 The funniest women on CBC are gracing our screens together for a final time. The fifth and concluding season of the award-winning sketch comedy Baroness von Sketch Show brings back writers, stars and executive producers Aurora Browne, Meredith MacNeill, Jennifer Whalen and Carolyn Taylor to explore “Mom Brain,” surviving the apocalypse with your ex and so much more when it premieres on October 6. 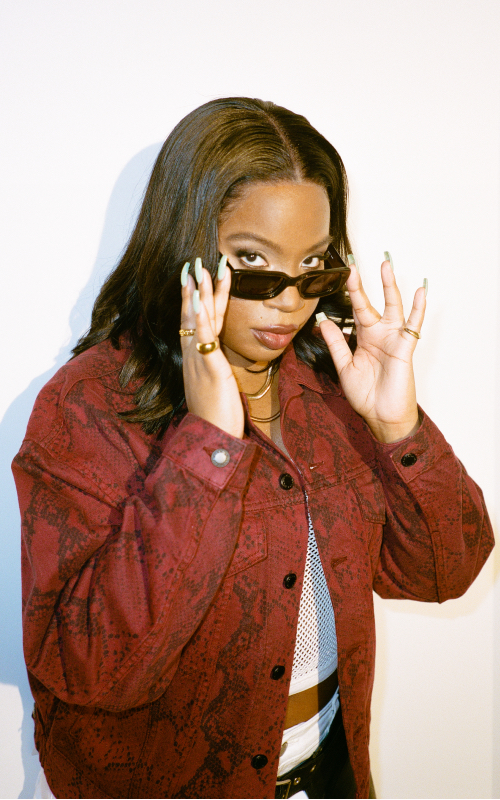 “I hope it gives people comfort,” says R&B artist Savannah Ré of her debut EP, Opia, set to drop this fall. “There are some vulnerable moments on this EP, and I want people to feel validated by them. I want them to listen and be like, ‘I hear me.’” The Torontonian, who has worked with the likes of Normani and Daniel Caesar and opened for TLC and Jessie Reyez, is now set to step into a spotlight that’s all her own. Be sure to take note when you listen to her raw and authentic work – you’re going to want to remember where you were when you first heard Ré’s music. 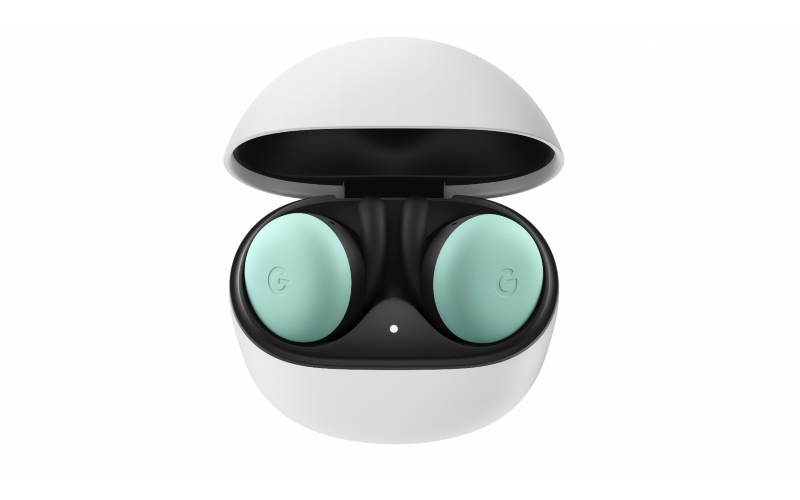 Tired of constantly having to stop what you’re doing so you can readjust your earbuds? Problem solved: Google’s second-generation Pixel Buds are designed to be ultra comfortable (seriously, you’ll hardly even notice you’re wearing them) and secure. Plus, they’re water- and sweat-resistant, which means they can withstand that vigorous workout you hate but force yourself to do anyway.($239, store.google.ca) 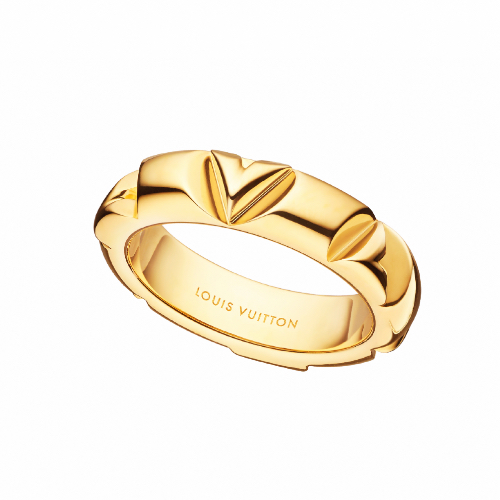 Mark your calendars for a unique shopping experience. This fall, Louis Vuitton is opening its first Canadian flagship store at Yorkdale Mall in Toronto. Be prepared to be greeted by a striking two-storey LED screen, special historical objects from the house’s archives and curated works of art, like a ceramic-tile piece by Vancouver-based Rebecca Bayer. And, of course, you’ll be able to find the house’s newest collection, bespoke offerings and latest jewellery launches, including the unisex LV Volt line. 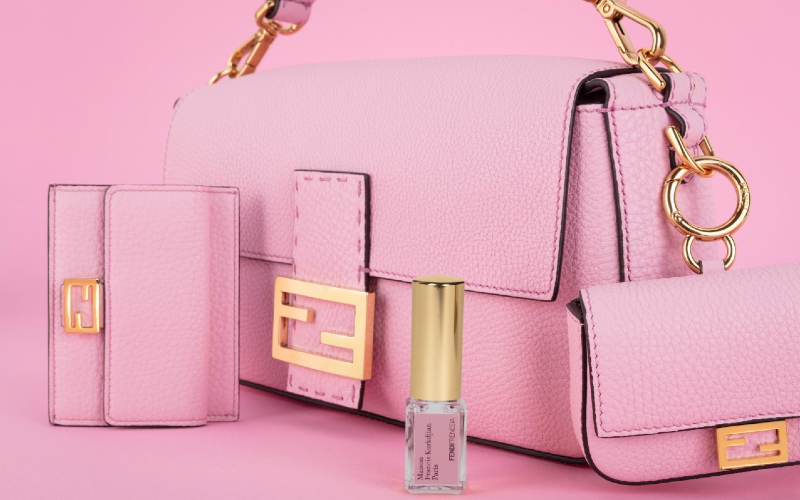 Master perfumer Francis Kurkdjian has done it again – this time with a new scented handbag, FENDIFRENESIA Pink. The pink shade is the inspo behind the scent interpreted by Kurkdjian – it is floral and cheerful and perfect to bring into the new season. Each bag goes through an extensive process to ensure the leather is infused with every note of the fragrance. 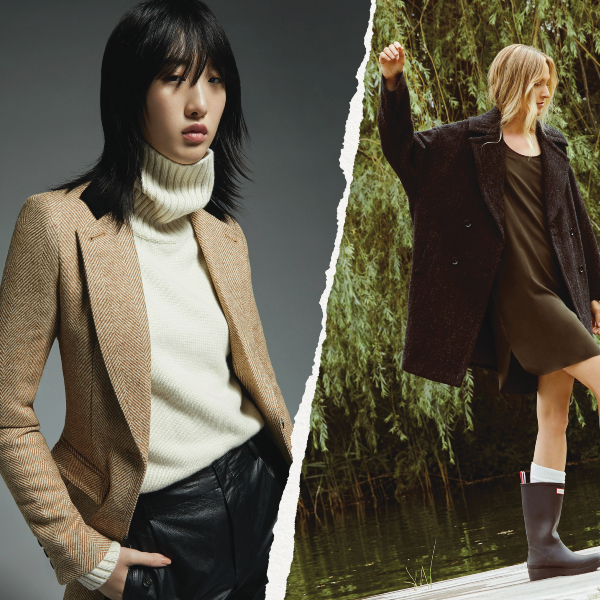 Canadian designers LINE and Smythe have a mission – inspire consumers to embrace wool while embracing sustainability in the fashion industry. They have collaborated with The Prince of Wale’s Campaign for Wool and Holt Renfrew to produce a limited-edition capsule collection which features exclusive pieces that shine a spotlight on the luxuriousness, practicality and sustainability of wool. ($695,  holtrenfrew.com)

An Art Collection Inspired by Cocktails 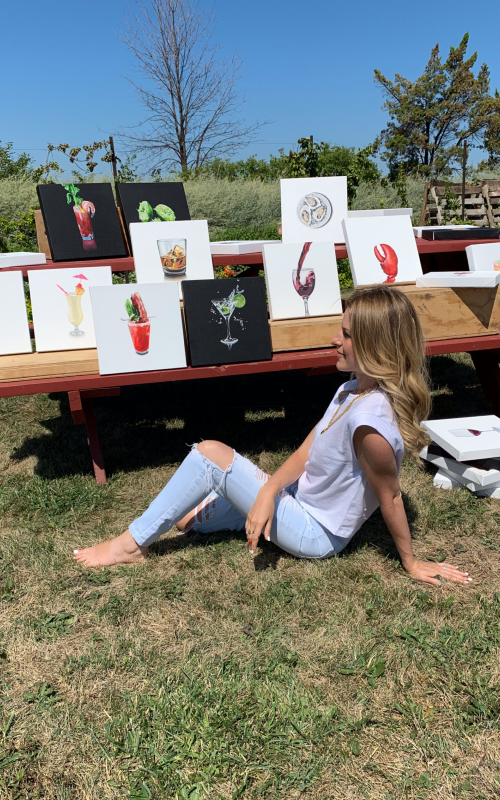 Erin Rothstein is using her art to give back. The Canadian artist hand paints pieces inspired by her love of cocktails, and her new collection features 25 original acrylic paintings that have a minimalistic aesthetic and feature everything from Negronis to Caesars to Manhattans. Rothstein will be donating 20 percent of the collection’s sales to support the Bartenders Benevolent Fund, something we can definitely cheers to. (erinrothstein.com)

A Series That’ll Make You Laugh Out Loud 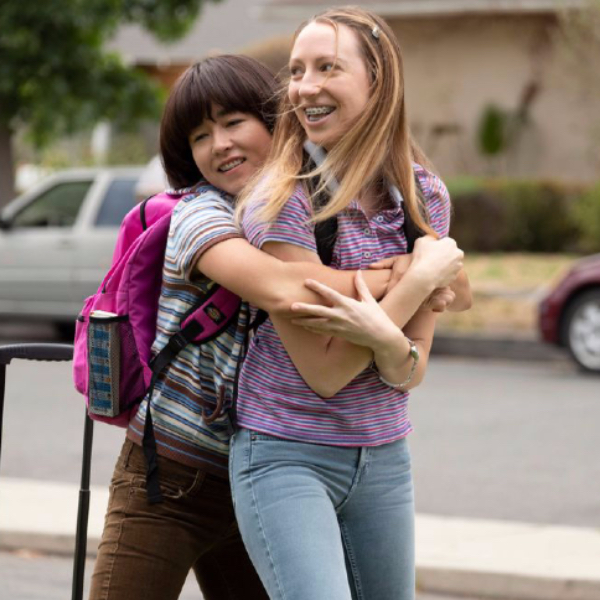 Maya Erskine and Anna Konkle are back for a second season of the inimitable PEN15, which premiers exclusively on CBC Gem October 16. Erskine and Konkle play younger versions of themselves in an R-rated version of middle school. Tune in to see how the two pretend awkward seventh-graders navigate middle school surrounded by actual pre-teens. 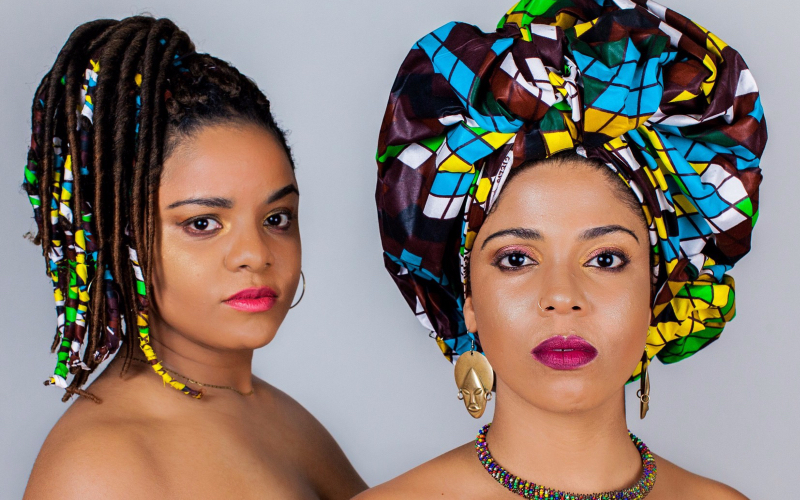 Musical partners Elizabeth Rodriguez and Magdelys Savigne revisit their Cuban roots with their newly released album, Espiral. The two artists make OKAN, a Toronto-Based and Afro-Cuban ensemble that  combines heritage and storytelling throughout their music. With hopes of preserving a nearly-extinct sound, OKAN’s unique sounds fuse jazz, folk and rhythms from around the globe. 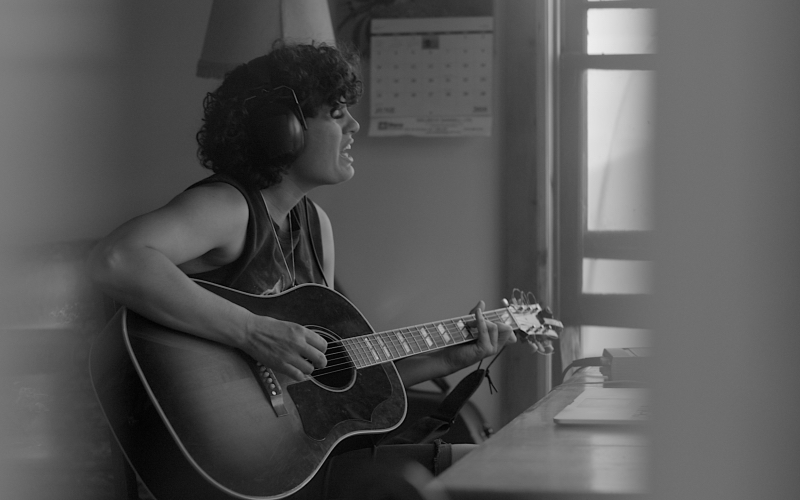 Amplify, a new original series aired on APTN is shedding a spotlight on Indigenous songwriters. Each week an episode (aired separately in English and Ojibwe) will feature a different songwriter who must find a piece of inspiration and write a song surrounding it. The series also turns to Indigenous experts on different topics so audiences can learn more. 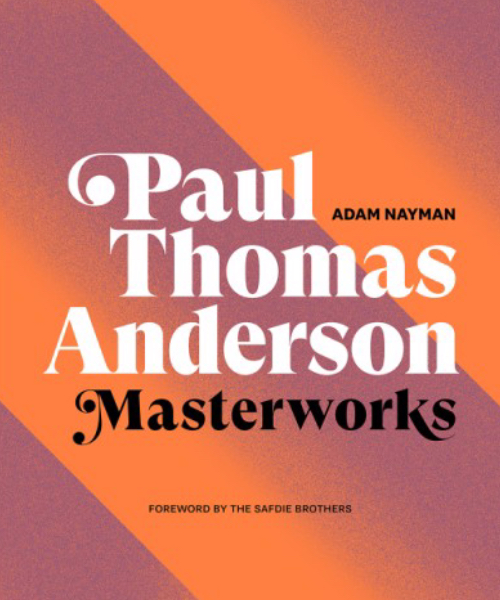 Adam Nayman brings us an illustrated monograph diving into the 30 year journey of Academy Award-nominated writer and director, Paul Thomas Anderson. Including interviews, archival photos, original illustrations and more, you can now dive into a piece of Anderson’s world. ($50, chapters.ca) 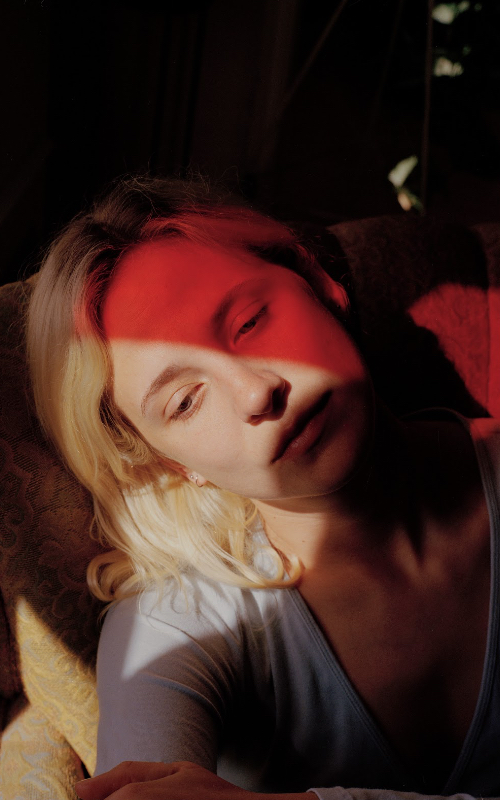 Mark your calendars – October 16th Montreal native Helena Deland will be releasing her highly-anticipated debut album Someone New. The singer says,  “Someone New is about the validation and relief from one’s internal world that a romantic encounter can offer, but also about becoming aware that there seems to be an expiry date on that type of opportunity for women.” 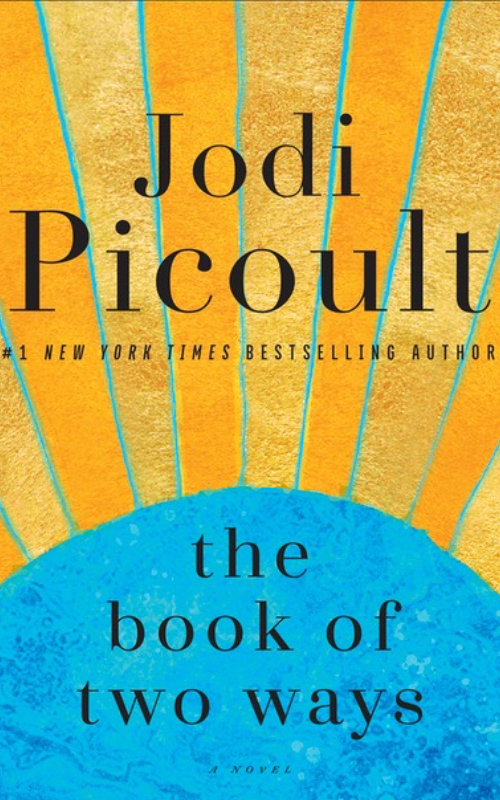 For The Book of Two Ways protagonist Dawn Edelstein, everything changes in a single moment. When a plane she’s on is about to crash, she immediately thinks of all the missed opportunities with a man who is…not her husband. After she miracously survives the crash, Edelstein is left to grapple with what could have been. By best-selling author Jodi Picoult, this novel will leave you wondering about fate and second chances.

A Limited Edition Bottle of Hennessy 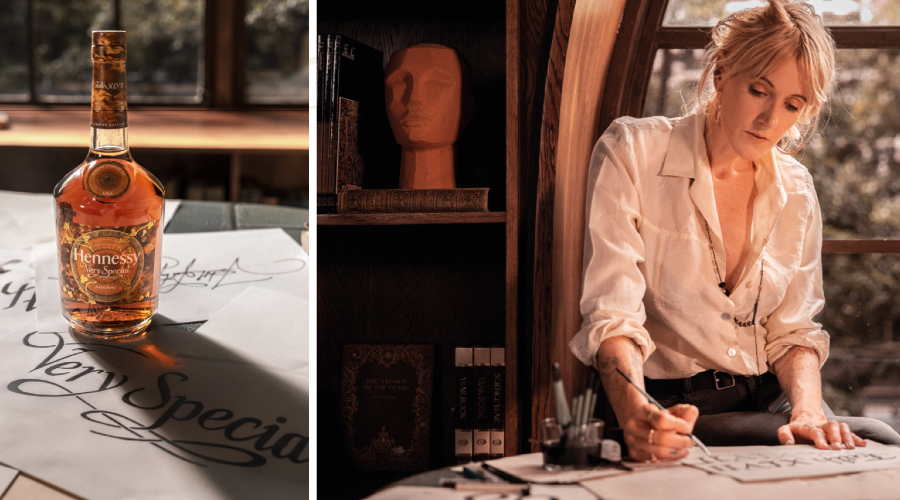 On the 10th anniversary of their Very Special Limited Edition campaign, Hennessy has collaborated with artist Faith XLVII to create a bottle so beautiful, you won’t want to throw it away. The renowned street turned studio artist is the first female to join the Limited-Edition series, marking this anniversary an extra special occasion. 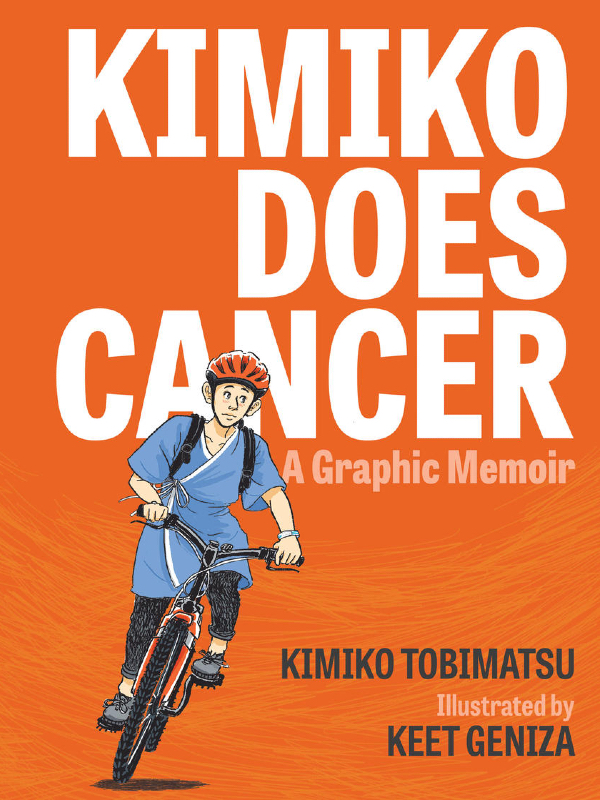 Written by Kimiko Tobimatsu and illustrated by Keet Geniza, Kimiko Does Cancer is a graphic memoir that confronts the typical narrative that follows a cancer diagnosis. Tobimatsu was just 25 years old when she was diagnosed with breast cancer, and uses her raw and honest new book to explore her journey through recovery and all the complications that come with it ($19.95, chapters.ca)