It's the story of Arthur and his sword, Excalibur, totally reimagined. 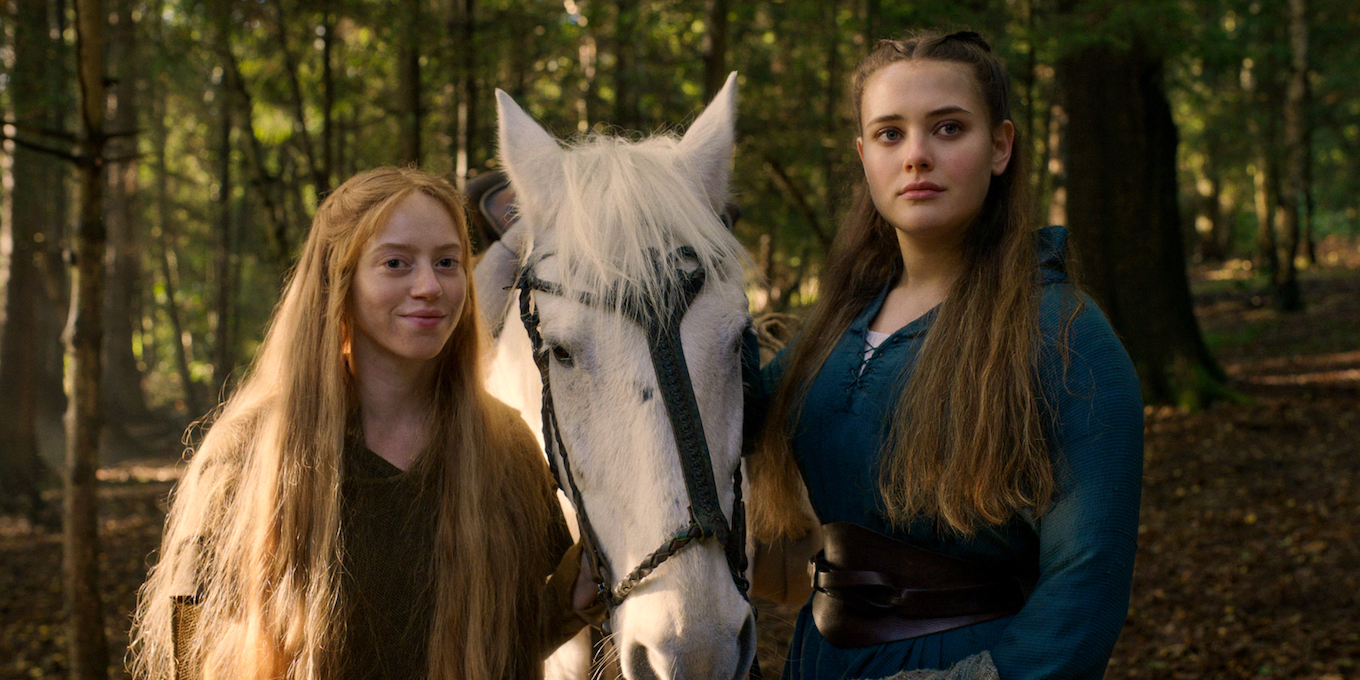 “It’s a myth I thought that I was familiar with, but, actually, I had so much to learn about it,” British actor Lily Newmark says about the inspiration behind her new Netflix fantasy epic, Cursed. It’s a position most viewers will find themselves in. The show is a reimagining of the classic Arthurian legend, complete with a (not actually king) Arthur, a magical Merlin and an all-powerful sword. But the Katherine Langford-fronted series, which is adapted from an illustrated novel by Frank Miller and Tom Wheeler, turns the tale on its head. The story centres Nimue (Langford), a girl with mysterious powers who is destined to become the Lady of the Lake (according to legend, this is the mystical figure who gives Arthur his sword, Excalibur, though that’s not what the show has in store for her). Over the course of the first season, Nimue is tasked with protecting an ancient sword all while becoming a symbol of hope and courage for the persecuted fairy people.

And that brings us back to Newmark, who you’ll recognize from roles in Sex Education, Solo: A Star Wars Story and the critically acclaimed bullying drama Pin Cushion. In Cursed, which starts streaming on Netflix on July 17, the Brit stars as the optimistic and loyal Pym, a bright healer who is BFFs with Nimue. We hopped on a Zoom chat with Newmark to chat about her role in the show.

“I was excited to, as an adult, explore playing someone who is younger than me, but also funny and witty. Pym is unlike any other character I’ve played before. I wanted to live off of her youthfulness and positive energy. It doesn’t matter what situation she’s in, she’ll always find a way to thrive in her environment. I found that really inspiring, and that’s why I wanted to live with her.”

On How She Relates to Pym:

“I tend to see the negative outcomes of potential situations more often. But I’m a bit of an opportunist in the way that Pym is – or I used to be when I was her age. I’m a bit more cautious now that I’m older and wiser. But she takes opportunities because why not? You’re going to learn something from them. That’s a motto that resonated with me.”

On Working with Katherine Langford:

“We were both so open to exploring, or re-exploring, what it was like to be 17 or 18 and have these adult responsibilities thrust upon you, whether you like it or not. We both enjoyed indulging in that nostalgia. And Katherine is so open and warm. She made it really easy to form that bond [of friendship].”

On Telling an Old Story From a Woman’s Perspective:

“In fantasy, women are often either depicted as fragile or as sexual objects. It feels fresh. Nimue is a fighter, but she’s not inherently aggressive. She just knows who she is. To have a female hierarchy within this world is inspiring, and not just to young women, but to everyone.” 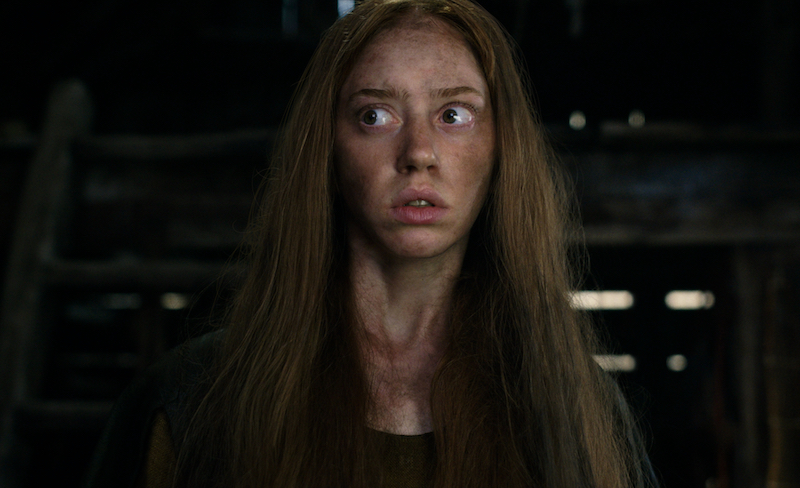 On How She Takes Care of Herself While Managing a Busy Work Schedule:

“Because I’m doing what I love, that sort of takes care of me. If I was working a job I didn’t love, I think I’d have to find other ways to keep myself happy. That’s why I try to work as much as possible. I love seeing things from other people’s perspectives, and I love telling stories, whether it’s to bond with audiences, other actors or even a character. I used to be afraid of people, and acting has helped me [overcome] that. Now, I’m excited by people and don’t have to look elsewhere to find joy.”

On the Types of Stories that She Wants to Tell:

“I want to tell new stories. I massively appreciate Cursed, which is not a new story per se, but it is built in a new way. I also would like to work on new writing – there are so many exciting writers out there who have new stories to be told. People’s imaginations are infinite.”