The 26-year-old actress is not afraid to be herself. 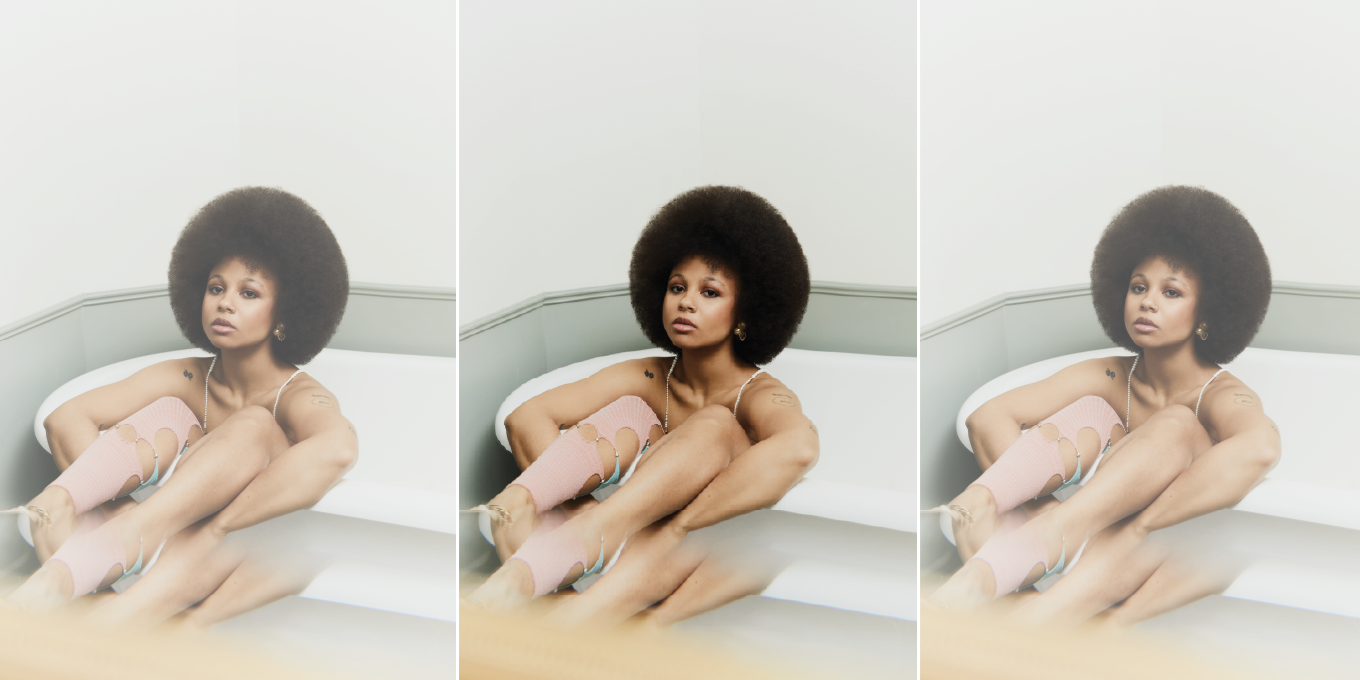 Pretty early on in the filming of Bodies Bodies Bodies—this summer’s most-talked-about horror comedy, about a group of gen Z pals whose house party in a remote mansion turns deadl —Myha’la Herrold, who stars alongside Pete Davidson and Lee Pace, felt comfortable making suggestions and offering ideas. The 26-year-old American star did it (amicably) so often, it prompted a castmate to jokingly start calling her by her character’s name, Jordan. Each of the flick’s characters fit neatly into classic archetypes, and the jesting made Herrold realize that she actually is the Jordan—a Type A honest know-it-all who tells it like it is and hates to be incorrect—of her friend group. “I’ve very much come to accept and love that fact, although I think people would say I’m nicer and more encouraging than Jordan,” says Herrold, whom you may also know as the star of HBO’s glossy British finance dramedy, Industry. “She’s like my inner self who I wouldn’t show right away. People are going to love to hate her because she’s a lot, but she’s not wrong.”

“[Making] Bodies was one of my favourite processes. All of us in the cast got along so well, and that doesn’t often happen. But it was great because we were all quarantined and stuck with each other in upstate New York for five or six weeks. And Halina [Reijn], our director, was fabulous. She’s one of my favourite people I’ve ever worked with.”

“Getting creative freedom and respect [on-set] was really cool and made us feel like we could take ownership of the movie. To be given that responsibility as a pretty young person in the industry made me feel like I’m not just a kid. I’ve been training to do this my whole life, and when [someone trusts me], it makes me feel really confident and really seen.”

“Doing [season two of Industry] felt like coming home. I’m lucky to have worked on multiple sets where I’ve made friends who are like family, and that’s definitely one of them. [Season one] was so special because most of the cast and the creators were very new to this industry, so we jumped in feet first, unsure about how we were going to take it on. We sort of trauma-bonded. The fear and imposter syndrome weren’t there for season two because we had done [one season] already. We could focus on the work and have a good time together making something we loved.”

“Jordan and [my Industry character], Harper, are kind of hard bitches in one way or another. I feel like I’ve got that down pat. I would love to play someone in love, because that exists in me there’s a softness and a romanticism in me that I haven’t gotten to show onscreen, and I would love to share that side of myself with the world.”

“I started doing musical theatre when I was six years old. It was all I ever wanted to do—my mother likes to say I came out of the womb singing. I don’t think I even called myself an actor until I went to college and studied acting. When I graduated, my plan was to move to New York and audition—my dream was to be on Broadway. Then I met my manager, who’s based in L.A., and her focus is mostly on TV and film, so I started getting a lot more auditions there. There’s more to be made [in that industry], and the diversity of characters feels so much more relatable. Theatre is a bit behind—the stories are becoming more diverse as a younger generation of creators enters that world, but it’s still pretty gate-kept by the oldest, whitest men. There are not a lot of options. Now, I think my acting has evolved and I prefer [screen work] in a lot of ways because I feel like I can be more honest and authentic. It feels comfortable. But I do miss the magic of theatre and hope I get to return to the stage at some point.”

“I have a pretty wide range with my personal style. I can go in any direction, depending on how I feel. If I get dressed [up], it’s usually something ’90s-inspired, like a goth-princess vibe though I have started to introduce a little more colour into my wardrobe, which I’m very proud of myself for doing.”

Read more:
Lucia Aniello Is in the Business of Being Funny
Jessie Andrews Is Making a Name for Herself
Bilal Baig Is Carving Out Their Own Path