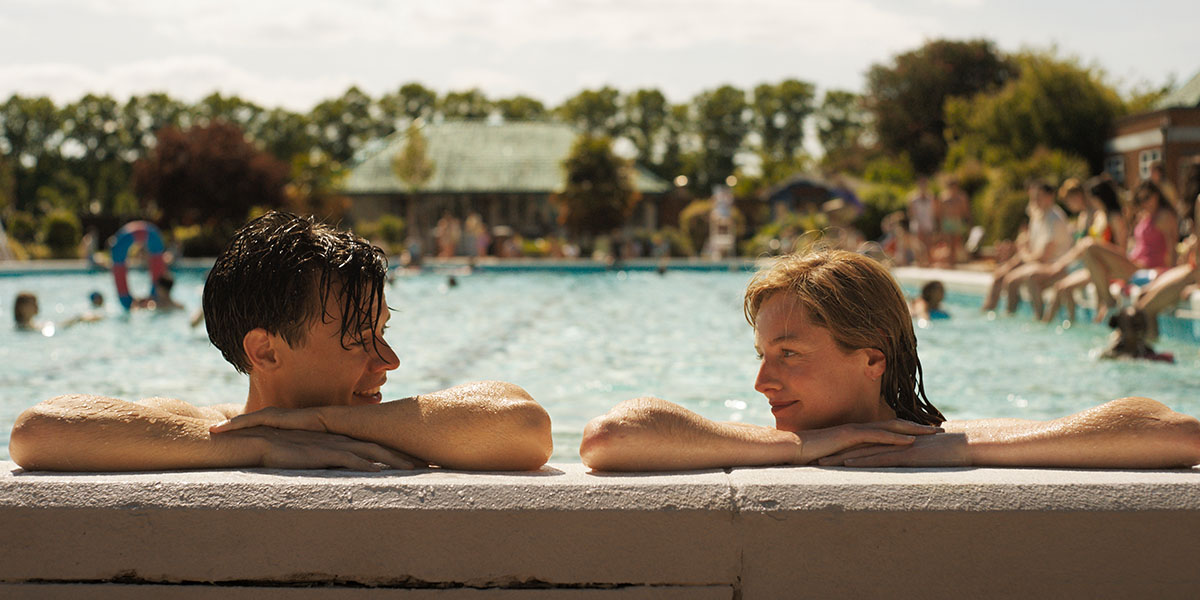 Emma Corrin has always had one simple goal in mind – to push boundaries with their roles. They want their roles to be “daring, exciting, and challenging” – it’s exactly what viewers will see them do when they star opposite Harry Styles in My Policeman, which is on Prime Video today, and will take on another daring role in Lady Chatterley’s Lover on Netflix later this month.

For Corrin, who became a household name when they played Princess Diana on The Crown, it was about the idea of embodying “complex human emotions and really complex characters” that appealed to them, they said in a virtual interview ahead of the release of My Policeman.

Directed by Michael Grandage, the film follows Tom (Styles), a policeman in 1950s Britain, who falls in love with a schoolteacher Marion (Corrin) on the Brighton coast. However, he soon begins a passionate same-sex affair with a museum curator Patrick (David Dawson), in spite of homosexuality being illegal.

My Policeman premiered at the Toronto International Film Festival and won the TIFF Tribute Actor Award for the cast performances.

The exploration of marriage, friendship and forbidden love makes for an intriguing and entertaining story on screen. Why is such material a draw? The English actor believes that it is because it brings out everyone’s flaws. “All of these characters were really flawed, but still I think it just shows how much everyone wants to be seen, and everyone wants to be loved and all the things that get in the way of that.”

For 26-year-old Corrin, it was the duality of innocence and determination that they wanted to capture in their performance of Marion. “She knows what she wants and she really wants Tom to love her. And she needs to believe it, even though I think there’s something in the back of her mind and knows that, for some reason, what she’s not able to understand fully is that he doesn’t and he can’t.”

They continued: “Partly what drew me to her is that complexity; she’s a product of the society that she’s raised in, in our own way. She’s progressive, and she wants to work and she wants to have a career. And she’s determined, but she’s still so ignorant to a lot of the realities of being a product of her society. And I think a lot of that is brought home to her when Patrick is sent to jail, and she sets in motion all these things that are so beyond her control. And you really feel that I think in the performance later on, when Marion’s older.”

Even though it’s a period film, there are several parallels with society in today’s times. Corrin feels the same.

“I was really captured by how much I felt like so many people would be able to relate to it today, and how much it will remind people that even though this is a film about the past, and the period of time in the past, where a lot of people didn’t have the freedom to love who they wanted to know or be who they wanted to be like, we still have so much progress to make. And it really gives people the courage and willingness to keep fighting for that.”

“I think that people will watch it and realize exactly how much these effects ricochet throughout these people’s lives when you aren’t able to be yourself, when you have those rights taken away from you. And then it has this effect on so many people in our lives. And I think, especially for the older generation, where they’re still struggling with, even though the world has progressed, their lives have been shaped by it, and in a million ways, there’ll be no need to be able to go back and redo the past.

They continued, “I think that a lot of people who grew up in the 50s will be able to relate to that. And hopefully, it’ll be very meaningful to them to see that portrayed on screen. But I think for a lot of queer people today, it will give us the determination to keep fighting for the rights that we should have because they’re so integral, it affects everything.” 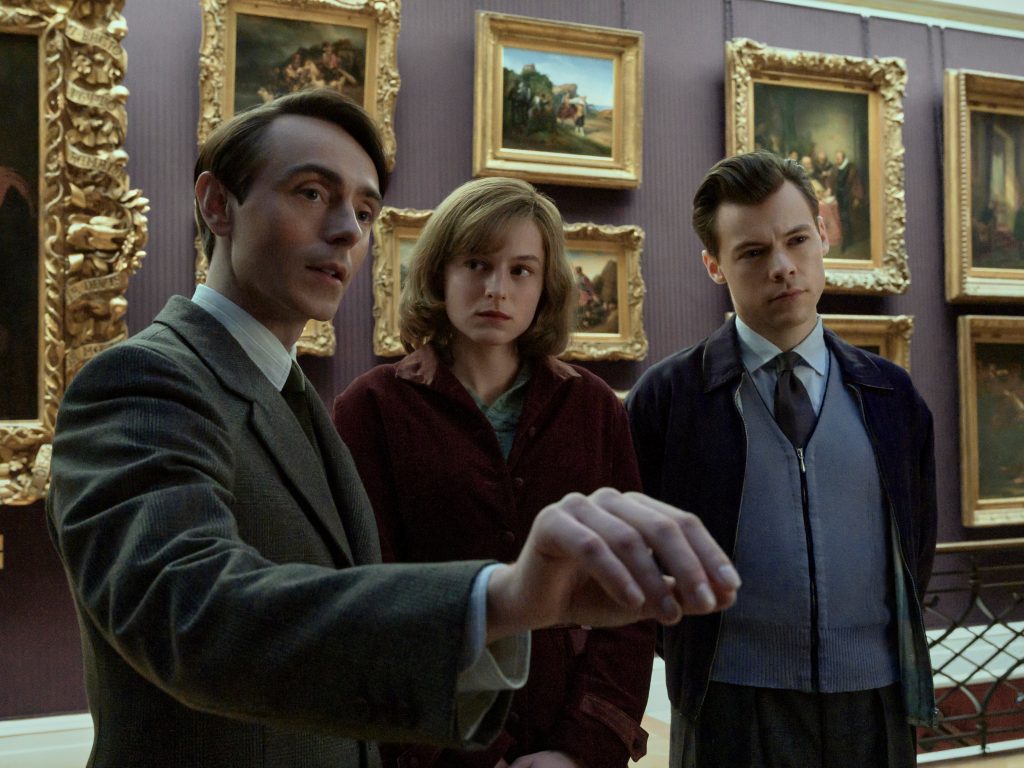 Working with Styles and Dawson

To create the kind of chemistry that makes you believe in the friendship requires the actors to sell it wholeheartedly and the dynamic that Corrin, Styles and Dawson share feels authentic. Corrin calls their co-stars “brilliant.”

“I think what was really important for us was to make their friendships really real and so the audience really believed in that and then the tragedy of what comes to pass really hits home if we made them believe that they were such close friends, and we became really close friends. We were really lucky. We had like a three week rehearsal process, which was so great, because you never get that in film. I think it stemmed from Michael’s history in theater and needing that space to build community and collaboration. But yeah, that was really wonderful. It was a real joy to work with them.”

From playing Princess Diana to Lady Chatterley’s lover to being in a love triangle in a period film, Corrin’s roles are different, daring and dauntless.

“I’m really drawn to storytelling, like any story that’s complex and intrigues me and I feel it will be a challenge. And I think that I found Marion intriguing because of the complexity of her story, her journey. I knew that I would need to find empathy and understanding why she did what she did. And that wasn’t easy. And thought it would be a challenge and it was.”

Read more:
Everything We Know About Harry Styles’ New Film My Policeman
The Best Red Carpet Looks From the Toronto International Film Festival 2022
Emma Corrin on Portraying the Happiness of Princess Diana’s Life