The 28-year-old Mohawk actor details her new role in Reservation Dogs and the importance of working with Indigenous creators on set. 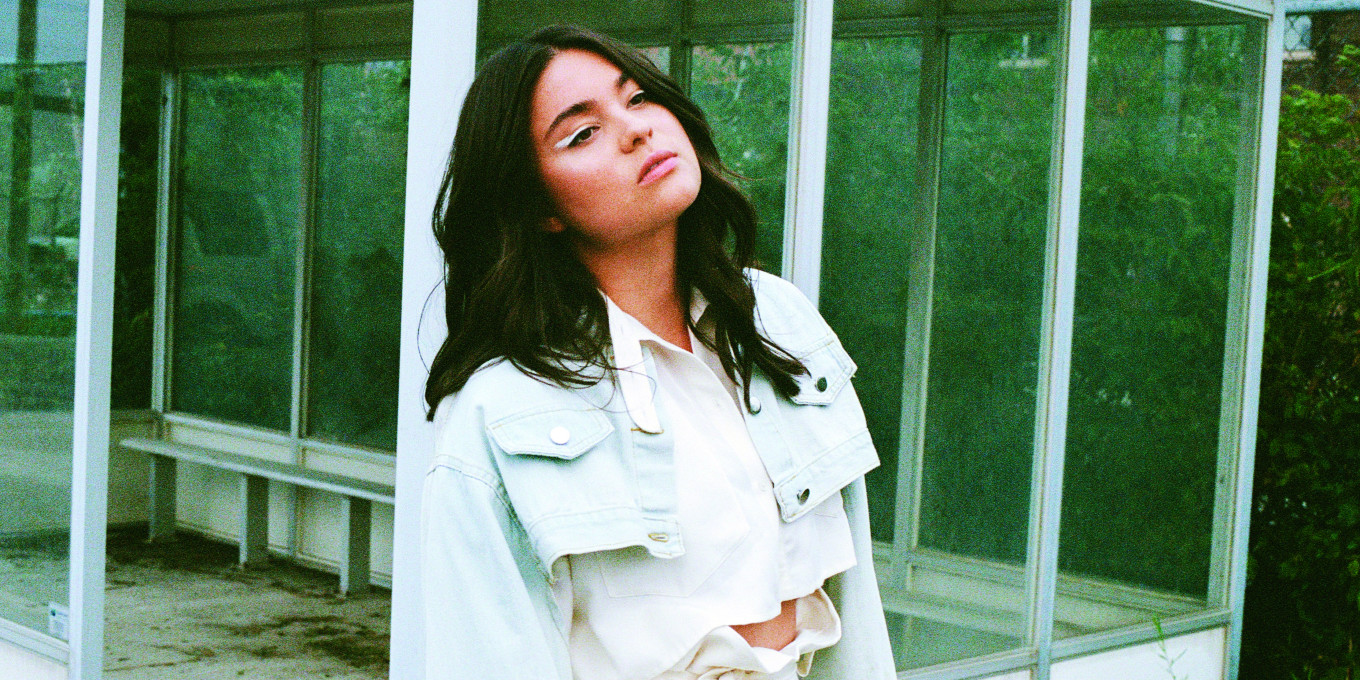 It was like a scene from a movie: Groups of happy people filled a New York City boardwalk on a not-too-hot summer evening as the sunset and, a little later, fireworks lit up the night sky. But for actor Devery Jacobs, that picturesque scene was reality, and it was unfolding at the Tribeca Film Festival premiere of her highly anticipated new comedy series, Reservation Dogs, earlier this year. “I finally allowed myself to get excited—usually I am so focused on the job at hand and can’t think about the outcome,” the Mohawk star says over a video call from her home in Toronto. “[The show] was my first project [on-set] during the pandemic, and it was such a welcome back to the industry.”

Reservation Dogs—which was co-created by Academy Award winner Taika Waititi (a New Zealand actor, screenwriter and director who is of Maori descent) and his close friend Sterlin Harjo, a Native American filmmaker from Oklahoma—has been a long time coming for the 28-year-old who grew up in Kahnawàke Mohawk Territory, which is on the south shore of the Saint Lawrence River in what non-Indigenous folks know as Quebec. Jacobs broke onto the scene in the 2013 indie drama Rhymes for Young Ghouls (which earned her a Canadian Screen Awards nod) and has been working steadily ever since, appearing in projects like Netflix horror fantasy The Order and Amazon Prime Video’s buzzy adaptation of Neil Gaiman’s American Gods. Reservation Dogs, which debuted on FX on Hulu in August and will air later in Canada on Disney+, shines a much bigger, well-deserved spotlight on the actor.

Jacobs stars in the comedy as one of four Indigenous teenagers who start stealing in an attempt to save up enough money to flee to California from their rural Oklahoma town. While Jacobs is no stranger to starring in Indigenous-created projects or taking on roles for which her Indigeneity is instrumental, Reservation Dogs marks the first time she has worked on something that features a majority Indigenous cast and crew. “It was such a breath of fresh air,” she says. “I was feeling a bit frustrated with the industry before [this show] and exhausted by the idea of going back to set and being the only Indigenous person—let alone the only queer Indigenous person—for miles.”

It’s not that Jacobs was unhappy on all the sets she has worked on, but it had been a while since she’d shot something with many other Indigenous creators, and the difference was palpable. Harjo made sure to fill even the smallest roles with community members (including a few family members), and he eschewed the traditional hierarchies typically seen on film sets—like, say, who got to eat lunch when and with whom. “There’s this level of understanding and respect on Indigenous sets—they operate in line with our values and our cultures,” says Jacobs. “I had been craving that sense of community and that sense of home within my work. There’s just something so inherently comforting—something that makes you feel safe in your body—about being surrounded by other Indigenous people.”

“There’s this level of understanding and respect on Indigenous sets—they operate in line with our values and our cultures. ”

It’s also worth noting that it took an American project that was backed by a major star (Waititi) for Jacobs to be able to work on a predominantly Indigenous set. Although the actor is proud of the diverse group of talented creatives she has met and worked alongside north of the border, she is frustrated with the way the Canadian film system operates, especially when it comes to the productions that receive grants. “We don’t have to be marketable to the masses,” she says. “Why aren’t we taking more chances in our storytelling? Why aren’t [we creating] the most groundbreaking and revolutionary projects out there? It’s not for lack of talent. It’s up to the funding bodies and decision-makers to take a chance on diverse voices and provide them with that first opportunity.”

This lack of ambitious thinking in the industry is a driving force for Jacobs, who is also a vocal activist for the Indigenous and queer communities and aims to do more work behind the camera, having already co-written and directed a few short films. She cites filmmaker Ava DuVernay—someone who has gained power in the industry and, instead of sticking to the status quo, is using it to uplift Black and other less represented voices—as an inspiration. It’s exhausting having to constantly advocate and educate, she says. When it’s really wearing on her, she loves going back home to Kahnawàke to refuel, surrounding herself with friends, family and people who aren’t asked to examine their own Indigeneity for the outside gaze. It’s something she loves about Reservation Dogs too: The comedy is a fully drawn depiction of Indigenous life and the very unique senses of humour, joy and grief that are specific to the communities being portrayed.

Though there’s still much work to be done, Jacobs isn’t without hope. “What I’m trying to leave behind is so much bigger than just myself,” she says. “While it’s an accomplishment, the fact that Reservation Dogs is a ‘first’ on so many levels is also hugely embarrassing for this industry. It shouldn’t have taken until 2021 for decision-makers to let Indigenous people tell their own stories on a mainstream show. So while this may be a first, I don’t want it to be the last. My goal is to open as many doors as I can. At the end of the day, when I leave this industry behind, I want to see a whole industry of Indigenous creatives out there.”

Jodie Comer Takes on An Action-Packed Video-Gaming World
Why Everyone Is Talking About Dune, the Critically Acclaimed Film Starring Zendaya & Timothée Chalamet
10 Films Directed by Women Screening at TIFF 2021