"'You Oughta Know' was one of my main songs." 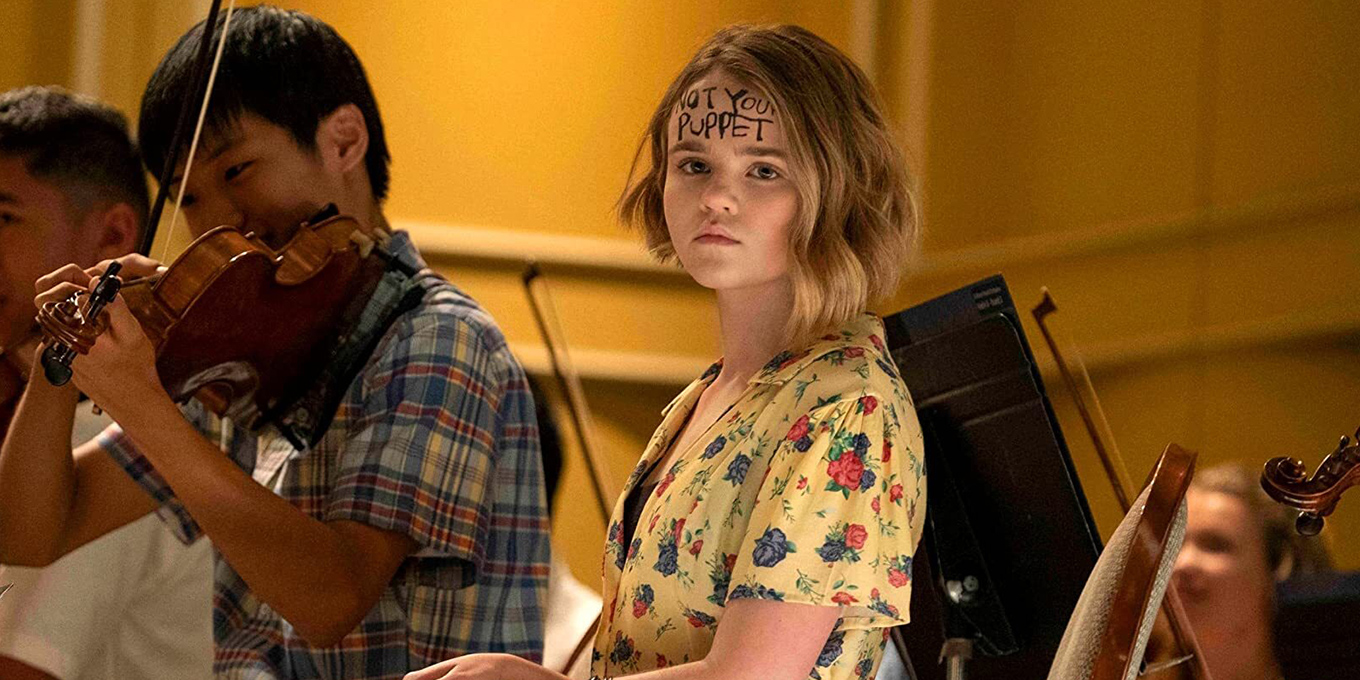 It’s not often that young actors land their first major role alongside their idols. However, for 16-year-old Megan Stott, the excitement of her breakthrough role was coupled with the fact that her acting idol, Reese Witherspoon, would also be playing her TV mom. “My life could be a movie,” Stott explains earnestly when we reach her by phone.

As Izzy Richardson in Little Fires Everywhere, an eight-episode series based on Celeste Ng’s acclaimed novel, coming to Amazon Prime Video on May 22, Stott plays the headstrong daughter of Elena (Witherspoon). Izzy becomes entangled in familial drama as the quiet town of Shaker Heights, Ohio is, well, shaken by a complicated relationship between new-to-town mother and daughter duo, Mia and Pearl Warren (Kerry Washington and Lexi Underwood).

We talked to Stott about the advice she received from her esteemed co-stars, how Alanis Morissette helped her get into character and what Izzy can teach young viewers about acceptance.

How have you been doing in quarantine?

I’m ok! I like being with my family and I get to work on new hobbies, so that’s good. I’m a pretty big baker and I like making treats, so basically every weekend I make a new dessert. Last weekend, Jordan Elsas, who plays Trip on Little Fires Everywhere, he’s gluten free, so I made mini gluten-free cookies because why not.

Tell me about when you found out that you got the role of Izzy. How did you react?

I was sitting at home and my agent and manager called me and acted really sad. They were like, ‘Megan, I have some news for you.’ I was panicking, like, what was the news? What was happening? I didn’t really know what I was feeling and then they were like, ‘We’re so sorry, we have some bad news.’ And then they said I got it. I was squealing and crying, I was a ball of emotions. It was like a dream come true to me.

Were you familiar with the book prior to getting the role?

I wasn’t at first. I had heard that something was being produced with Reese Witherspoon and I kind of obsessed over it and researched everything that I could about a year prior. I found out what it was called from some friends and then I started reading the book and trying to learn more about it because I really wanted to audition for it.

What about the script and your character compelled drew you in?

When I first read the book, I wasn’t sure who I would be auditioning for. I thought maybe I would be Lexi, but then when I got the audition, and they sent me the script, it was very different from what I had thought. There were lots of little nuances from the book that they put in and made an entire story for Izzy. I read it and fell in love with her. Going into all the auditions, it made it so much easier, and I felt like I was Izzy the minute I read the script. It all just fell into place. Then when I read the entire script, I was just in love with everything that they had done, and I was so grateful that I had gotten the role.

I saw the video of you cutting your hair for the role – have you ever had to do something like that before?

I love long hair, it’s amazing and fun, but it can be a pain sometimes. When I found out [I would have to cut my hair], it was the first day and they were like, ‘Hey, we’re just going to cut your hair.’ I was totally fine with it. They mixed it up and made it really cool.

Izzy is such a headstrong and sometimes misunderstood character. Was there anything you watched, read or listened to to get in the mood?

I did a lot of listening to music because that’s something I’m very connected to. And I know that Izzy listens to a lot of music, she’s also very instrumental. I listened to a lot of Alanis Morissette, Billie Eilish and My Chemical Romance. I really tried to get into the mental state of frustration and anger and a bit of sadness. I tried to feel what it was like to be alone in your life when you didn’t have anybody to talk to. I was tapping into the rebellious side of her as well. Alanis Morissette songs, they absolutely help.  “You Oughta Know” was one of my main songs; it’s so powerful and I thought that Izzy could relate to her in many ways. At the same time, we had many conversations with the writers and directors and everybody to help. They all kind of had their own takes on Izzy and it was really nice to be able to talk to them about that and see how I could incorporate some of their ideas into Izzy. There was a lot going into her because I wanted her to be as true and represented in her community as possible.

What was it like working with Reese and Kerry?

I’ve watched Reese since I was born. She has been my idol my entire life and I absolutely adore her. When I started acting, I was like, ‘This is the career I want. I want to be like Reese Witherspoon.’ I didn’t know what my first role would be, then my first role was with Reese. When I first met her on set it was kind of a dream come true. She was so kind and she took us in like her family. She was so sweet and we got to know her and she got to know us. I wasn’t as familiar with Kerry’s work. I hadn’t watched Scandal, so I watched some of it. I loved her character and fell in love with her as well. When I met her on set she was so kind and generous. It was phenomenal to meet them, I was very excited.

Did they give you any advice?

They really talked with us about the things they thought we could improve upon. With Reese, I learned that if you bring yourself into a scene, everything else falls into place and it feels so natural. With Kerry, the main thing with her was just to put your all into everything you do, including rehearsals, because how you practice is how you perform.

The ‘90s style on the show is amazing. Did you have a favourite outfit that you wore?

I absolutely love Izzy’s style. A major thing I took from her style into my own life right now is bandanas. She has this bandana that she wore when she was in Mia’s house and I absolutely loved the look of it. I have three bandanas now but they’re all pink and blue because I am very girly. One of my other favourite outfits was really tall Doc Martens and a suit jacket with black shorts, a bunch of bracelets, a choker and tons of makeup. She had a cool vibe going; it was the coolest outfit I’ve ever worn as Izzy. In episode three, one of my favourite other dresses was the homecoming dress, because I felt that was  my own style. I had a hard time in those scenes to stay in character as Izzy, because that dress is so Megan.

What’s the main message you want people to take away from the show?

The thing that I really like to talk about, because it’s really important, is that kids go through a lot in their teenage years. It’s the point where they develop their egos and values and how they want to live in their adult years. Teenagers are very moldable and they’re not fully defined yet. People really need to understand that each person is going through something difficult. Not everybody has the same circumstances and everybody is different and special in their own certain ways. But at the same time, we’ll all the exact same; we just want love, just like Izzy does. I just hope kids learn from this, if they watch, that you have to be kind to people and everybody’s going through something different.

What’s next for you?

I’ll be in a movie out later this year with Jennifer Garner, called Yes Day.

Little Fires Everywhere premieres on Amazon Prime Video on May 22.

‘The Half Of It’ Is Only the Beginning for Alexxis Lemire