Meet the Canadian star of the movie Allure 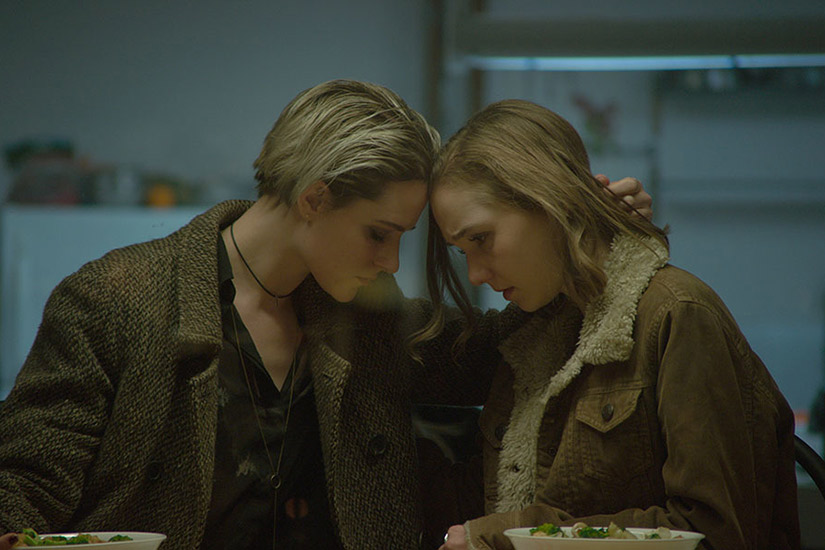 If you aren’t familiar with Canadian actress Julia Sarah Stone’s work, you’re about to be. The 20-year-old Vancouverite has been acting since she was 12 years old, and has already had three films premiere at TIFF. We caught up with Stone while she was in town for that third movie, the drama thriller Allure, which she stars alongside Westworld actress—and former ELLE Canada cover star—Evan Rachel Wood. In the film, which is in theatres now, Stone takes on the role of Eva, a quiet teenager who gets seduced by an obsessive house cleaner (Wood).

What was it like working with Evan Rachel Wood?

She’s such an incredible person and very kind and such a generous actor as well. It was such an honour to work with her and to get to play opposite her. She really helped me to access a deeper, emotional side, which was really helpful, especially for this project. It was very intense and she made those scenes easy.

I use tools like music a lot. I find with any kind of art form, using other kinds of art that are of the same kind of vibration and energy really helps me get into the headspace of it.

What was your soundtrack for this film?

I create a different playlist for every character. It’s just a combination of songs from various genres. There was some Nirvana. For this character, definitely.

The entire movie is pretty intense. What was your reaction when you first read the script?

This script blew me away the first time I read it. It’s so incredibly written, so vivid and I felt this immediate connection to the character. It was just so clear to me that this was a very important story to be told. It’s such a compassionate look at this kind of relationship and how dangerous it is and also how difficult it is to navigate your way out of it.

The directors, Canadian brothers Carlos and Jason Sanchez, have a background in fashion photography. Do you think their experience brought something different to the film?

They definitely know what they’re doing visually. They had a very strong vision for this film and everything camera-wise went very, very smoothly. They really let us play and they let the actors explore the scenes ourselves. So Evan and I played off of each other and we really relied on each other to bring everything to the scenes.

What do you do for fun when you’re not on set?

I love Neil Gaiman. He’s probably my favourite author of all time. I love the way that he can create a new universe, and I find every time I read one of his books, I get so involved in this other world. And as far as poetry goes, oh man, I have so many favourite poets. One that I really love right now is Edward Lear. I find his work to be so much fun to read aloud. I love the rhythm of it and the whimsicality.

Do you feel like you’ve acquired any good habits as an actor at this point in your career?

I think the more sets that I work on, I think the more resilient I become. I’m more used to how a set works, and so I”m more able to focus on what I’m doing and to stay in the headspace of the character despite all the chaos that’s going on around me.

At this point, is there anything you really want to do next?

No, actually. I just read every script with an open mind, because any script that comes along could be the next thing I’m very excited to do. As an actor, my job is to find new and exciting things about scripts, so I tend to be looking for that thing that’s going to excite me about every character. And most of the time I do find that.