The who's who of Manhattan's elite. 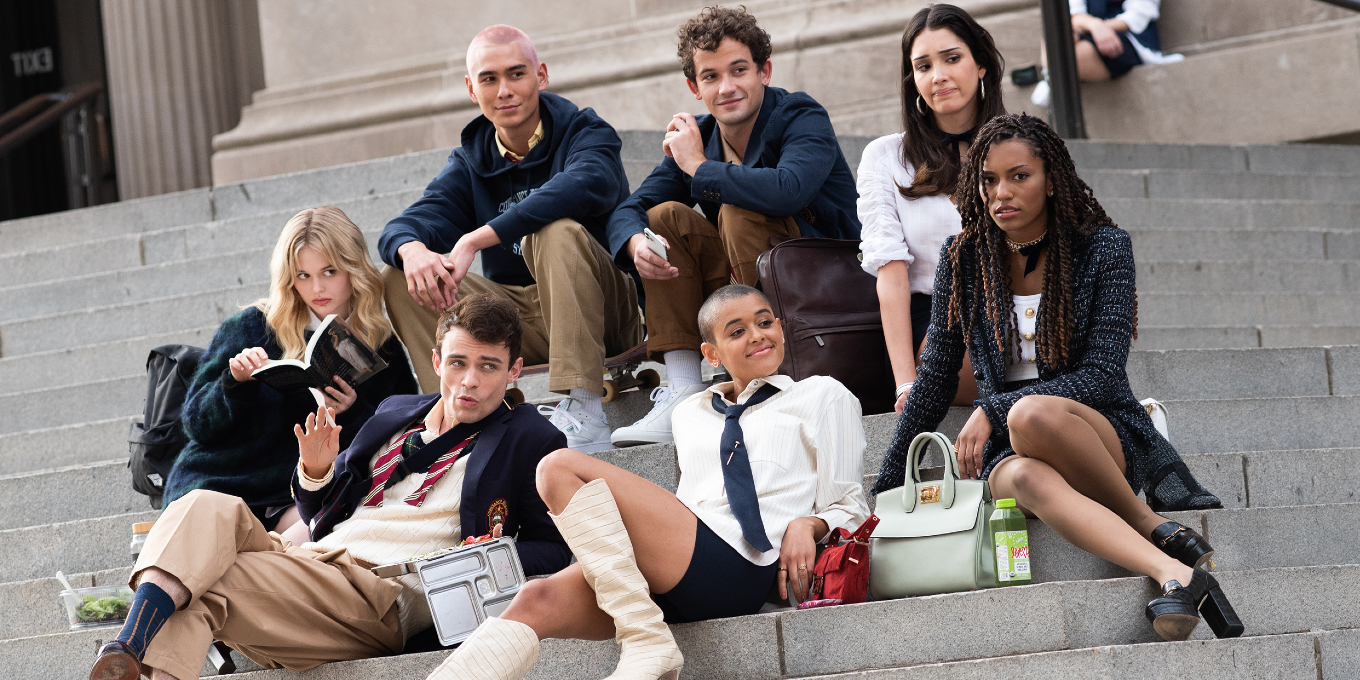 With the Gossip Girl reboot offering fans of the original series a fresh look into the lives of Manhattan’s elite, there’s no wonder said devotees are curious as to which characters will resemble the ones they knew and loved for so long.

Eagle-eyed fans of the reboot would have heard the series creator, Joshua Safran, explain that the new adaptation’s characters weren’t meant to live in the shadows of their 2007 predecessors, admitting that doing so wouldn’t give the new crew a fair chance at success.

“We made a decision early on—and I was nervous about this decision, but definitely came to believe it was right—that the audience would never accept these characters if they were in the shadow of the original characters,” he told The Daily Beast.

And while, yes, there are clear differences between the new crowd and the existing gang, it’s impossible not to witness their similarities, even the most minor—which is where we come in.

After all, those after a stronger comparison need not look far, since Safran has also confirmed that certain series regulars will make guest appearances in the reboot.

Below, we’ve matched every major character from 2021’s Gossip Girl with their original series counterpart. 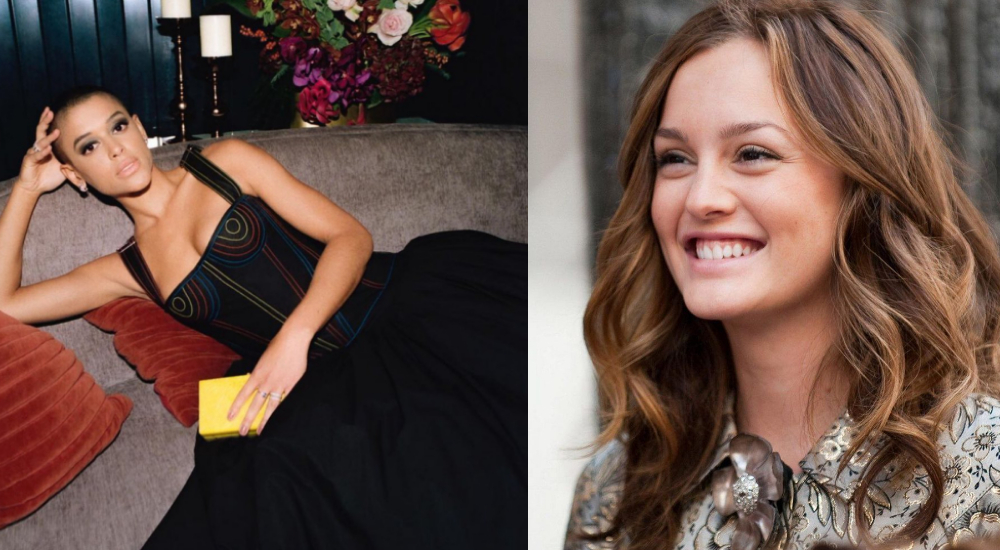 As for Julien (played by Jordan Alexander), there’s no doubt that she’s Blair Waldorf 2.0. The leader of her pack and a teen influencer, it’s clear that her rule over her ‘minions’, Luna and Monet, leaves Julien in the running to take on the Queen B herself. But of course, her It-girl status awes all those in her path à la Serena van der Woodsen. 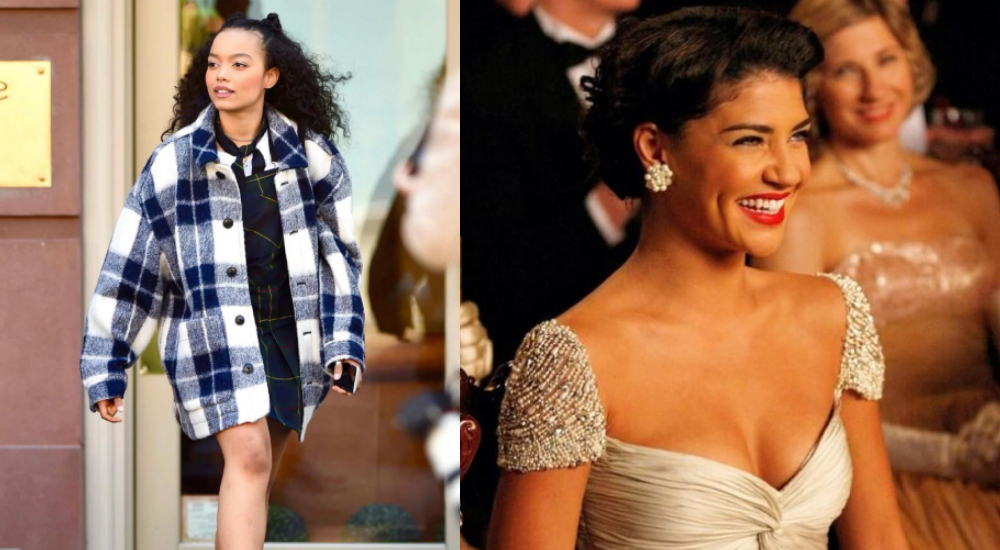 A half-sister to Julien, Zoya (played by Whitney Peak) is equal parts Vanessa Abrams and Jenny Humphrey. Along with her eclectic fashion choices, Zoya is a scholarship student who lives in a rent-controlled apartment (remind you of anyone?), but her attempts at fitting in the school’s social scene echoes the same eager energy as Jenny Humphrey as well as her copious attempts to impress Blair and her posse. 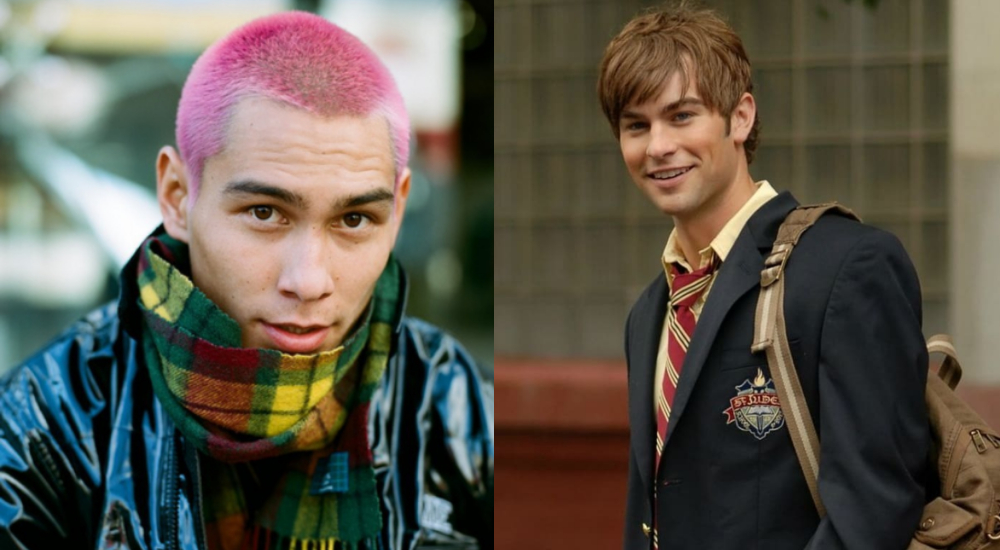 Just like Nate Archibald, Aki (played by Evan Mock) is charismatic, charming, sensitive, and well, lives with his head in the clouds. Plus, Aki has been in a long term relationship with childhood sweetheart, Audrey, much like Nate and Blair were. However, unlike Nate, his love of cinema and his sexual preferences are much more fluid. 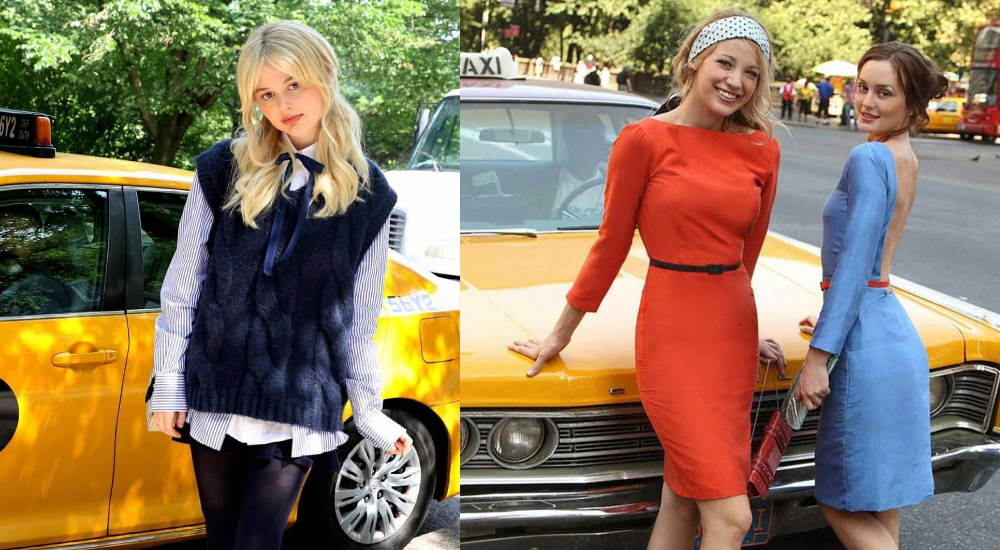 The ‘golden child’ out of the entire group, Audrey Hope (played by Emily Alyn Lind) is a clear representation of Serena van der Woodsen. And while we hope that she doesn’t take on Serena’s mean girl streak, she emulates the same energy as the It-girl who’s the talk of the town, yet isn’t into an influencer status. As for her likeliness to Blair? Aki, her longtime boyfriend who she’s dated since childhood, is their only similarity. 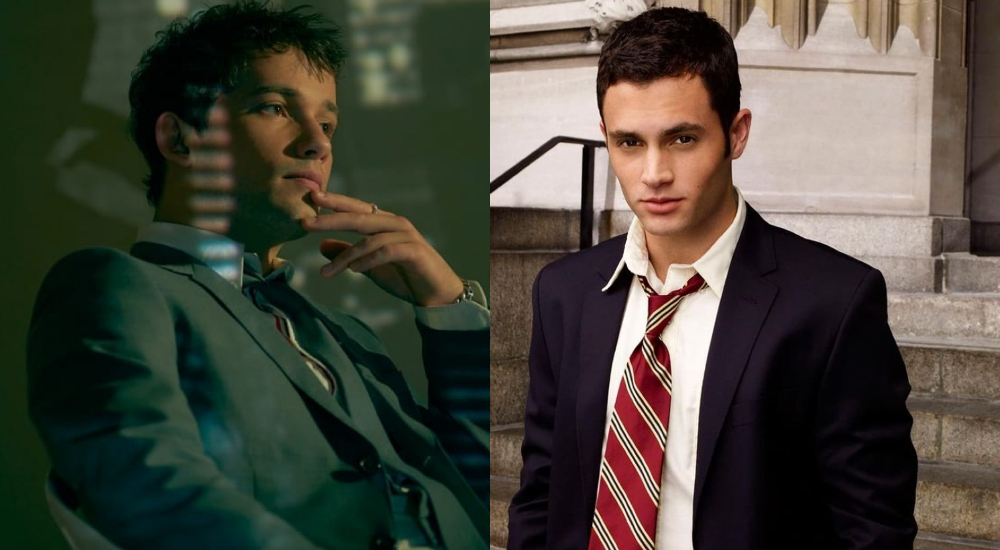 Sporting an unkept St. Jude’s uniform and the same ‘too cool to be here’ glare, there’s no doubt that Obie (played by Eli Brown) is essentially Dan Humphrey. Unlike Dan, Obie is the most wealthy out of the entire group, however he is the most ashamed of his privilege. Much like Dan, he also has a strong moral compass (one that Dan often forgets). 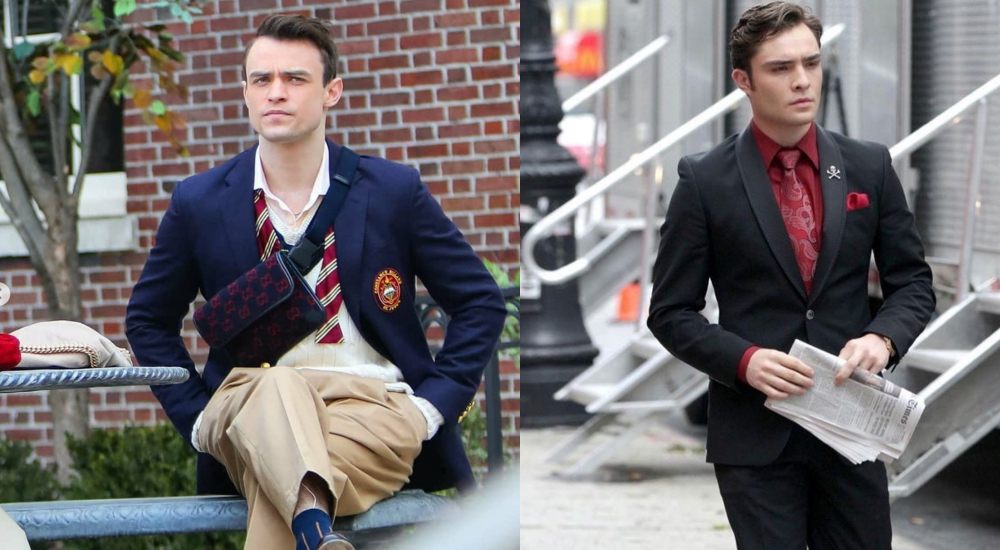 Much like Chuck Bass, Max Wolfe (played by Thomas Doherty) is the sexually curious addition to the group whose motives are sometimes met with a not-so-innocent agenda. Currently, his devilish escapades are unknown, but one can assume that letting your father fall off a building (and then marrying your girlfriend to avoid prison time) is out of the question. As for his jawline? Well, it certainly looks Chuck Bass-esque to us. 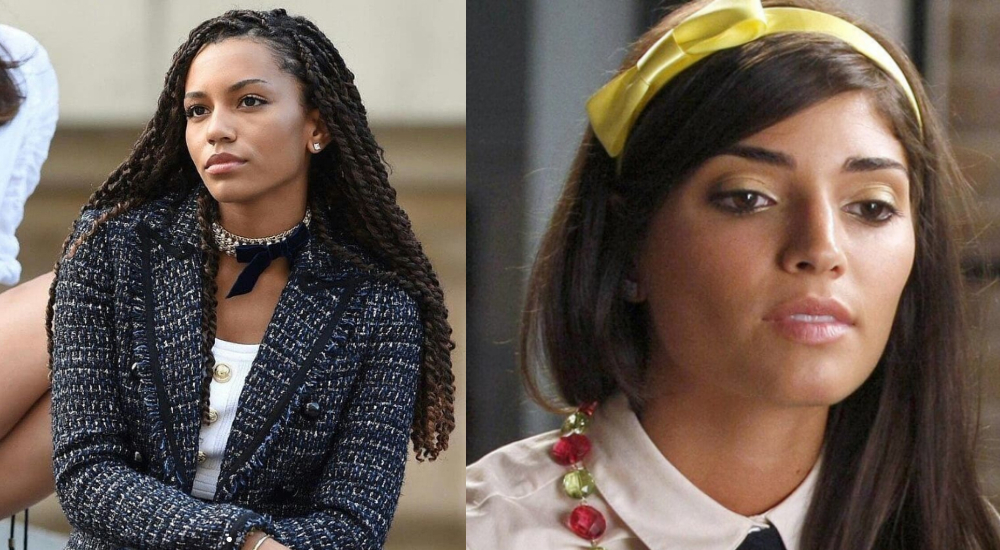 It simply wouldn’t be Gossip Girl without a pair of troublemakers, determined to keep mischief rampant and a Queen B in charge. In the reboot, that title belongs to Julien’s best friends, Monet and Luna. As for Monet (played by Savannah Lee Smith), her commitment to revenge and desire to replace the Queen B is straight out of Penelope Shafai’s handbook. 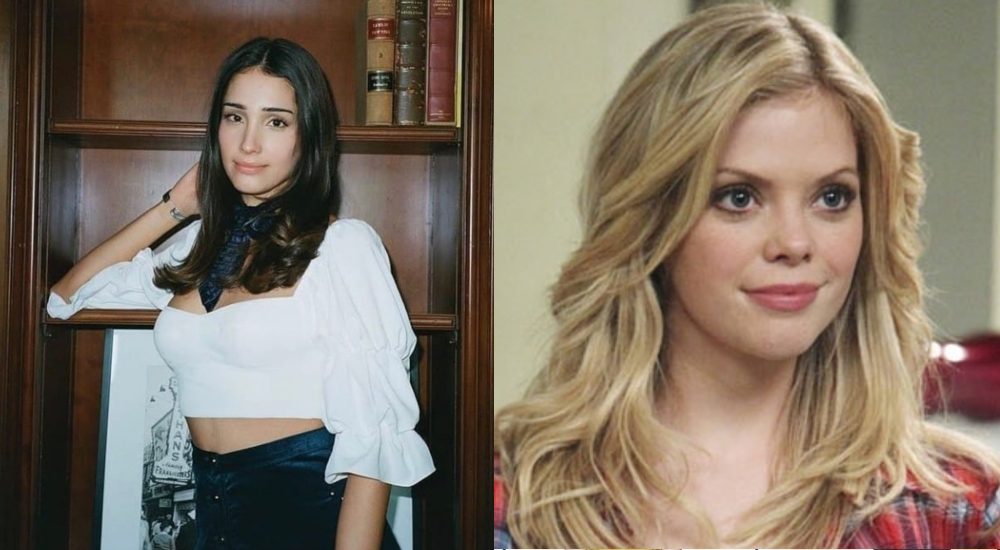 Joining Monet on the road to revenge is Luna La (played by Zión Moreno). However, while one may compare her to Penelope’s henchmen, Isabel or Katie, Luna’s persona can be likened to that of Hazel’s. Unlike Isabel and Katie, she too wants to be in the Queen B’s good books and she doesn’t care how she gets there. But much like Hazel, Luna’s innocence-first mentality means she’s always the bridesmaid and never the bride. 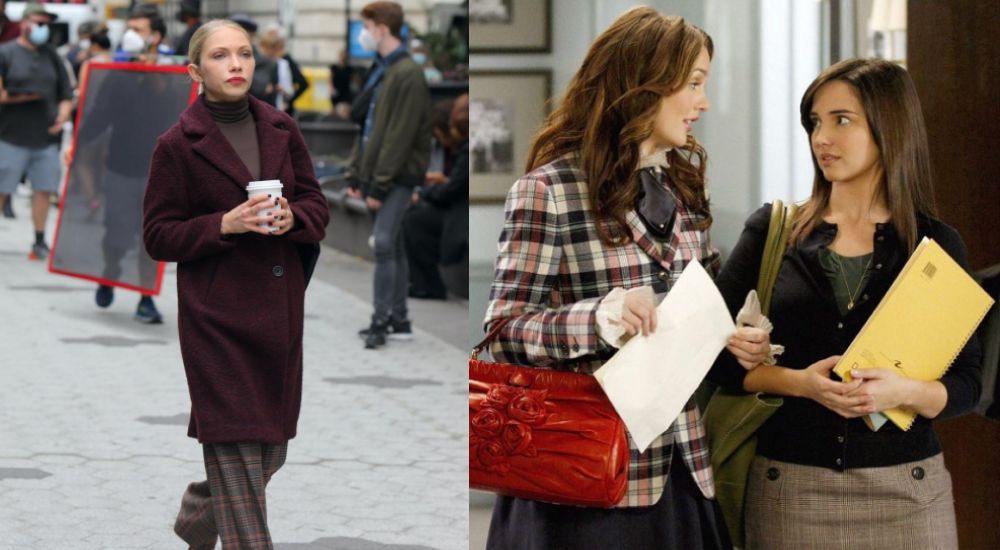 While not much is known of Kate Keller (played by Tavi Gevinson), what fans do know is her character is described as a “flustered teacher,” according to New York Magazine. And if one thinks back to the teaching staff of Gossip Girl, there’s no looking past Rachel Carr to fit those words perfectly. Here’s hoping an affair with a student is off the cards.

Mischa Barton Reveals She Felt Pressured to Start Having Sex During The O.C.
David Schwimmer Shares “Final Hug” Photo With Jennifer Aniston After Friends Reunion
The Crown Season 5: Everything We Know