Mary Poppins is Strict, Bossy and the Ultimate Role Model

It’s good to have her back. 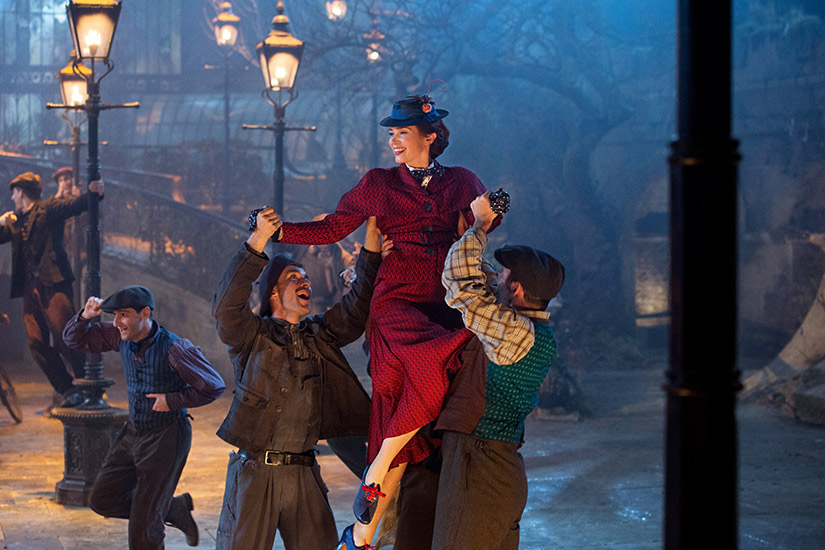 Mary Poppins doesn’t do nonsense. Sure, she may swoop in on a windstorm like a manic pixie dream girl, but after charming (er, forcing?) her way into a job as the Banks family’s nanny, she’s quick to get to work. For every spoonful of sugar, there’s the medicine that goes with it. For every ceiling tea party, there’s a ballad-cum-lesson meant to open one’s eyes to the plights of others—like that of the woman who is forced to feed the birds on the steps of St Paul’s. Within two days, Mary teaches Michael and Jane to clean, use their manners and go to bed when they’re told. She describes herself as “kind but extremely firm,” a mantra that acts like a coat of armour. And she never explains herself. Which is revolutionary: So much of our pop-culture landscape has been populated by female characters who exist solely to be pleasant.

But as a kid, I hated her. I loved the movie, I loved Mrs. Banks (“Sister Suffragette” is still my jam) and I had a big crush on Dick Van Dyke, but after being raised on The Sound of Music, Julie Andrews as Ms. Poppins seemed…mean. Maria sang alongside children dressed in drapes, but Mary likened Michael’s expressions to those of a codfish. Maria romanticized raindrops on roses; Mary sang lullabies about the realities of the Edwardian working class. Maria was maternal and loving and the object of Captain von Trapp’s affections. Mary, well, wasn’t. Instead, she told the Banks children that she couldn’t promise to love them and then disappeared without a goodbye. Plus, she wanted every other Tuesday off. She was, to me, a terrible mother figure.

Which makes sense because she wasn’t supposed to be one. Mary Poppins was self-employed in an era when women working at all was incredibly rare. She was also single in a time when a woman’s currency was established by her marital status. Because of these factors, she had to both look out for herself and be good at her job. Maria may have swooped in on the von Trapps and stole their hearts in a matter of weeks, but Mary’s role was to put families back together again. And part of her work meant not being a people pleaser. Instead, it meant reinstating structure because it tends to help everybody thrive.

Of course, that’s not something I wanted to think about as a kid, despite how much I needed rules and lived for getting rewarded for following them. But as I grew out of singing along to “Do-Re-Mi” and into the frustrations of adulthood, I started to see Mary Poppins as a cinematic celebration of a woman at the helm of her own agency. I began to bask in the revelation that you can still have fun while maintaining order and going home in time for dinner. And as an adult who thrives on boundaries, I respect the hell out of that. Which is why I was so excited to learn of Emily Blunt taking the reins (or, rather, the umbrella) in the sequel and then even more so when the trailer for Mary Poppins Returns promised she’d be a testament to the Mary Poppins I’d come to admire so much. What makes Mary so special is her ability to maintain her boundaries while simultaneously knocking other walls down. While she helped realign the Banks family by giving Jane and Michael structure, she also inspired Mr. Banks to quit his job and prioritize his children (a rarity now, let alone then).

And that influenced me to do some reflecting. At least, eventually. It took a while to abandon the myth that women, no matter how busy or hard-working, must make time to smile and sing while bending to the whims of others. But once I began borrowing from the book of Poppins, I began morphing into a woman who grew up to stand up for herself, speak her mind and, above all, take no nonsense (most of the time).

This article originally appeared in the February 2019 issue of ELLE Canada.