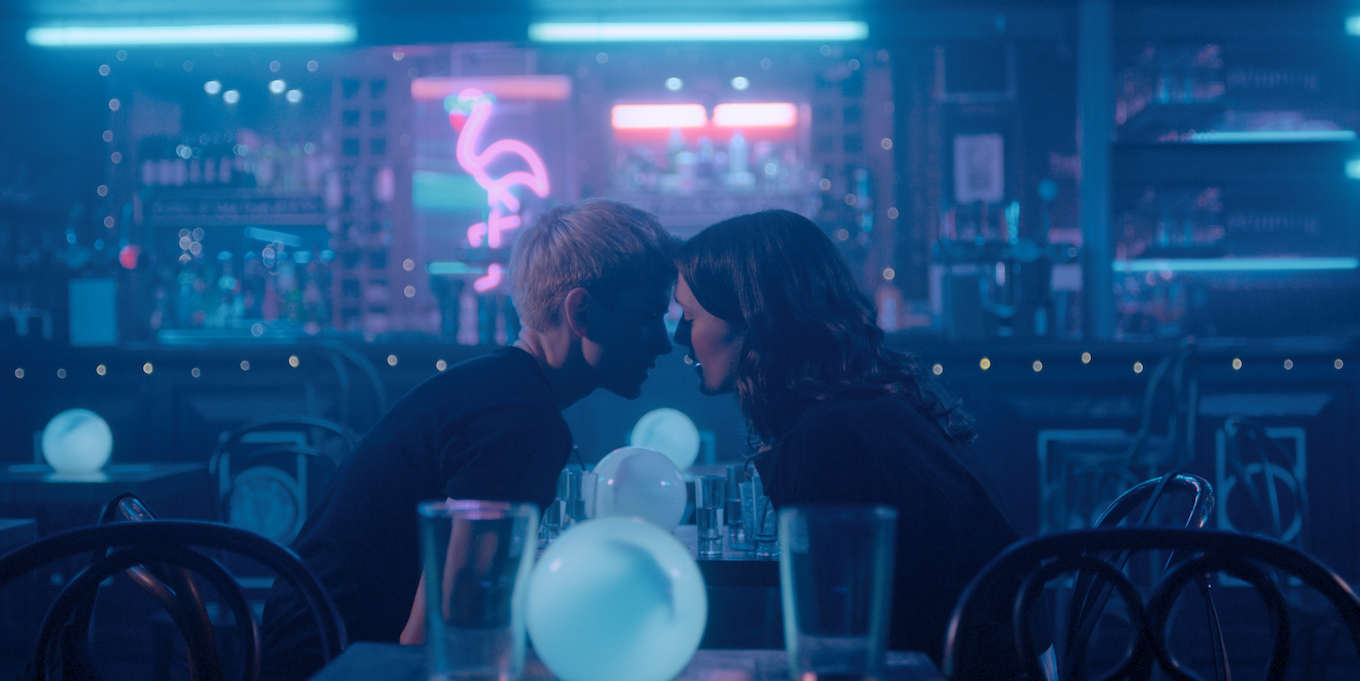 “I’m an egomaniac, of course,” comedian Mae Martin says with a laugh. The Canadian is referring to her first starring role: an exaggerated version of herself in her new semi-autobiographical Netflix series, Feel Good. “I would have never allowed anyone else to do it.”

Feel Good, which Martin co-created with pal Joe Hampson, follows the fictional Mae, a rising star on the London stand-up circuit and a recovering drug addict. After performing a set one night, she meets George (Charlotte Ritchie), who has only ever been in relationships with men. The two quickly fall into a relationship, as Mae juggles her sobriety, career and her parents. (Her on-screen mom, btw, is played by Lisa Kudrow.) The series, streaming on Netflix on March 19, is a candid and hilarious look at addiction and finding love – and one that is deeply personal.

The real Martin, who originally hails from Toronto but now lives in the U.K., started doing standup when she was just 13 years old and has struggled with addiction herself. And in true British fashion, the first season has just six, very bingeable episodes that will leave you wanting so much more.

You’ve been working on Feel Good for a long time. How are you feeling now that people actually get to watch it?

I’m so pumped. It is weird having people see it now – it was just, like, me and only five other people who had seen it for so long. I’m relieved because, so far, it seems like people are taking away what we wanted to get across. It’s massively exciting, but also exposing.

Is the excitement helping to balance out any vulnerability you may be feeling?

Yeah. I mean, I’m not too worried about the personal nature of the show. My standup is a lot like that, too. People connect with the personal stuff. Yeah, it’s exposing, and, yeah, I care about it so much. But a long time ago, someone told me that when you want to say that you’re nervous, you should say that you’re excited. It tricks your brain into conflating those two emotions, so I’m trying to do that.

You’ve been doing standup since you were 13 years old and still living in Canada. Did you always want to act too, or did it help that the show is so personal?

My absolute passion has always been standup. But when I think back to before I started, I’m sure I wanted to be an actor. I didn’t know what kind of experience I would have, but I ended up really loving it.

What did you love about it?

Stand up is very much a solo activity. On Feel Good, it was amazing, first of all, to be able to write other from other characters’ perspectives instead of just my own, and to be able to imagine how someone I’m dating would be feeling. I also hadn’t realized that all acting is interpersonal dynamics and listening to people and connecting with them. It’s a lot less lonely. [At the end of the day], you go off and have a glass of wine with everyone instead of getting off stage and going back to your hotel room alone.

What is it like to play a version of yourself?

It felt a lot of easier to write the other characters. But luckily, I had Joe [Hampson], my co-writer, who was detached enough to see what was funny about me. It’s quite hard to think that way about yourself. And I surrounded myself with good actors, so I really enjoyed it. The character of Mae is me amplified and dialed up. She’s where I was at 10 years ago – manic, not self-aware. She was a lot of fun to play.

Both on the show and in your life, you make a conscious effort to avoid specific labels about identity. Why is that something that’s been important for you to explore in your work?

On a personal level, anytime someone has applied a label to me, it becomes prefixed to my name. That can make it feel like everything you’re doing is niche. Labels can sometimes bulldoze over the nuances of the humane experience, especially now when things are so politicized and there’s so much conversation about identity. The whole point of Feel Good is that love is universal and I would never want people to pigeon hole it. We have some interesting stuff about fluidity in the show, and I hope that’s where we’re heading.

FEEL GOOD trailer in bio. Can’t stop watching @hooraymae and Charlotte Ritchie because they are sooo good. Also got to work with Adrian Lukis (Wickham!) and the fantastic #SophieThompson. #FeelGood on @channel4 in the UK in March & @netflix in the US on March 19

Lisa Kudrow is incredible as your mom on the show. How did casting her come about?

We found it easier to write with people in mind. Early on in the process, when we had decided what the character would be – which is very different from my real mom – we thought someone like Lisa Kudrow could nail it, so we wrote with her in mind. Then my agent said, “Let’s just send her the script and see what happens.” And Lisa got back in touch really quickly and has been so supportive. I can’t believe it. I’m a die-hard Lisa Kudrow fan. She has the best comedic instincts. She’s my hero.

Did you learn anything from her?

One time she encouraged me to ask for another take. I thought I hadn’t quite nailed my performance and was just like, “Oh well.” And she was like, “No come on, ask for another.” She empowered me to do that and it was amazing.

What do you hope people take away from the show?

Number one: I hope it makes people laugh. Second, I hope it humanizes addiction and that people can relate to the way addictive behaviour permeates all of our lives. I don’t think that we, as a society, know how to treat addicts. We need to be pulling them closer instead of pushing them away. And I hope that it makes people cry. I don’t know if it’s sadistic of me to say so, but I really hope they do.

7 Canadian Actresses Rising to the Top