The American writer, director and producer is making us laugh, cry and laugh-cry with stories we’ve waited a long time to hear. 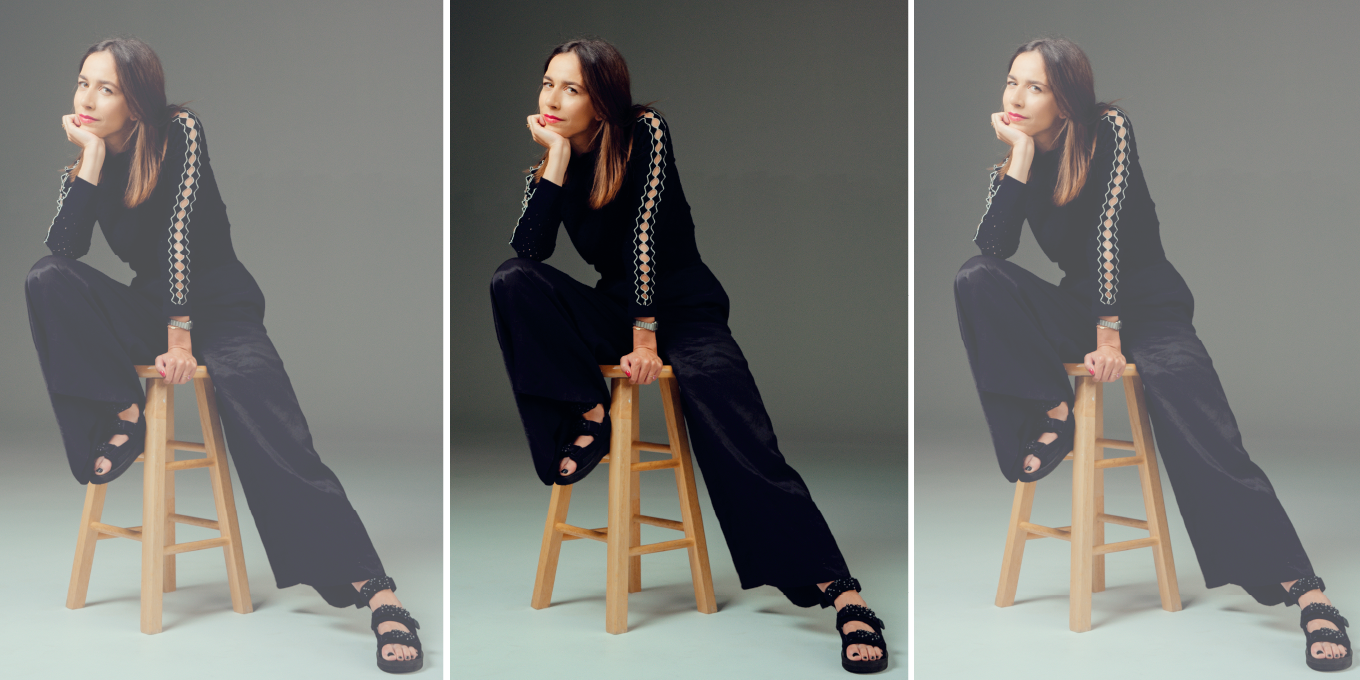 Right before the pandemic hit, Lucia Aniello was getting ready to shoot the pilot for an HBO Max series that she and her husband, actor Paul W. Downs, and their long-time collaborator, Jen Statsky, had created and written and were producing. That didn’t happen because the world was put on pause, but they were lucky enough that HBO Max told them to go straight to series. So the trio hunkered down for a couple of months (like the rest of us) and wrote the first season of the heavily lauded, award-winning show Hacks.

A runaway hit that premiered in May 2021, Hacks follows the sometimes dark and twisted but ultimately enlightening and heartwarming relationship between Deborah Vance, a legendary comedian based in Las Vegas (brilliantly played by Jean Smart and her myriad of caftans), and Ava Daniels, a lost, entitled young comedy writer (played by newcomer and scene-stealer Hannah Einbinder). Aniello, Downs and Statsky came up with the idea while on a road trip around seven years ago. “We were talking about all these kinds of women—specifically in comedy who were really iconoclastic and never got the same experiences, the same careers or the same adulation as their male counterparts,” says Aniello. “You don’t necessarily hear about them until their obituaries, and then you’re like, ‘Oh, God, that woman sounded so rad—why didn’t I know about her when she was alive?’ We talked about what it would be like to have somebody younger appreciate someone of a certain age who’s been in the same industry and tell the story a bit through her lens but also through the older woman, who’s been knocked down 1,000 times and gotten up 1,001 times.”

Right after Aniello and Downs (who also plays Jimmy, the agent for both women in the series) got married in Tuscany last September, they rushed back to Los Angeles to attend the Emmys—their show had received a whopping 15 nominations. Aniello won for Outstanding Directing for a Comedy Series and nabbed a second winged statuette—shared with Downs and Statsky—for Outstanding Writing for a Comedy Series before Smart stole the show, winning for Outstanding Lead Actress in a Comedy Series. They were actually slated to begin working in the writer’s room on season two the next morning, but they gave the team a little leeway. “We were supposed to start at 10 a.m., and then we were like, ‘Let’s really milk this win and push the room until 11,’” says Aniello, laughing. “So we took an hour to process—and when I say process, I mean get over our hangovers and buy a bagel.”

Comedy is second nature to Aniello, who has worked on cult series like Broad City, Awkwafina Is Nora From Queens and Time Travelling Bong as well as the YA The Baby-Sitters Club series (“It’s my Star Wars,” she says with a laugh) and the celeb studded bachelorette-party-gone-wrong feature Rough Night. Aniello and Downs have their own production company, Paulilu Productions, which they formed shortly after they met through renowned comedy-theatre group Upright Citizens Brigade. “I wasn’t really a star pupil there by any means,” says Aniello. “It was actually my lack of success that really pushed me to start making my own stuff, similar to Abbi [Jacobson] and Ilana [Glazer] in Broad City. I was like, ‘Let’s start making videos and putting them online.’”

DIY digital comedy videos and series were something that a lot of up-and-coming comedians, actors and writers were doing at the time. On air for five seasons, Comedy Central’s Broad City started as a web series in 2009, and High Maintenance, about a weed-delivery guy and the lives of his many clients, came out shortly after, in 2012, and had a four-season run on HBO. “Making these sketch videos was really the thing that got us representation, that got us our first jobs—they’re what got us anything we had when we were starting up in the industry,” says Aniello. “We just kept making them, and we learned how to shoot, we learned how to edit, we learned how to produce—we  learned how to do all the things I still do to this day. We were  our own little film school.”

There’s no denying that Aniello’s school of life has paid off. The second, also very highly rated season of Hacks (out now on Crave) picks up right where the story left off, with Deborah taking her new raw and real comedy routine—with tonal tweaks thanks to Ava—on the road to mixed results as her reputation in Las Vegas wanes and Ava’s life unravels. Despite all the challenges of bringing two seasons of this show to the screen during a global pandemic, Aniello is the first to admit how lucky they are to have such an incredibly talented cast, including newbie Einbinder, whom she calls “a diamond in the rough.” She gushes about how exciting it is to write for Smart and see her sheer talent and incredible range. But it’s not just the leading ladies that make this show so engaging. From the hilarious Kaitlin Olson (best known for her role in It’s Always Sunny in Philadelphia) as Deborah’s daughter to Carl Clemons Hopkins as her sassy CFO to Downs’ pitch-perfect agent, the whole cast plays brilliantly off one another. “We love letting actors shine and do their best,” says Aniello. “We love it when an actor tells us they had so much fun because it means they felt they got to show off what they can do—and that only makes us look good.”

Beyond the performances that bring Hacks to life, it’s the story itself that seems to have struck a cross-generational chord. Deborah and Ava’s relationship feels very flawed, real and relatable to viewers. “Ultimately, it is a love story about these two women and how they can make each other better,”says Aniello. “That’s something we hope people take from it: that these are people who are maybe a little bit stuck in their ways, but they do let somebody else in, and it helps change their perspective just enough. In the end, it’s about trying to cultivate empathy.”

These days, things aren’t slowing down for Aniello, who not only is a new mom but also has several ventures at various stages in the works with Paulilu Productions. Her and Downs’ recent mainstream success has allowed them to expand their reach and do other projects, including Hot Robot, a show created by Aniello’s little sister, Genevieve (who is also a comedy writer and, Aniello claims, the real funny one in the family), about a sentient robot who’s extremely lifelike, a woman who is paired with her to help her become more human-like and their wild adventures. “With Paulilu Productions, we hope to do more and to be able to champion stories that haven’t been told and voices that haven’t been heard,” says Aniello. “That’s really what we’re all about: trying to move culture in any way and every way.

Read more:
Is This the End of TV Binge Watching?
Bilal Baig Is Carving Out Their Own Path
Julia Stiles Becomes the Queen of Cottage Country in The Lake