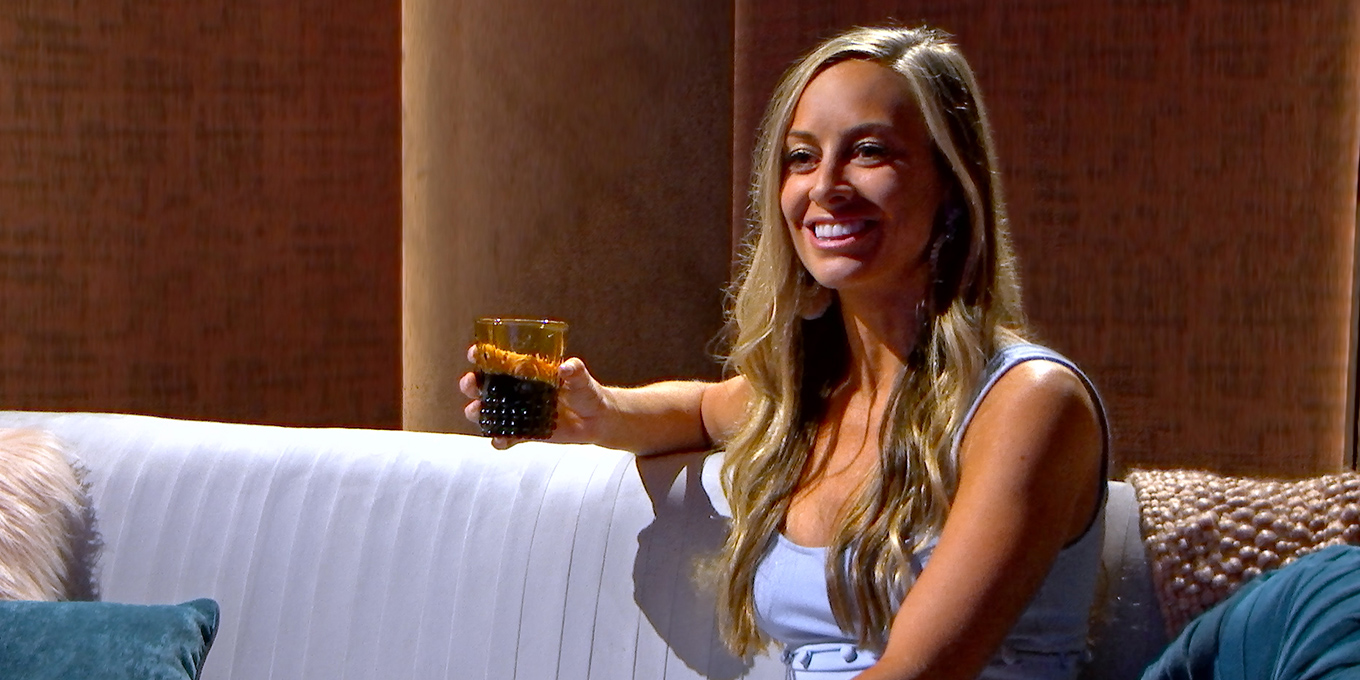 There have been quite a few jaw-dropping moments on the Netflix reality-TV dating show Love Is Blind, the finale of which is today. But none have gone quite so viral or encapsulated the mania of the series as 34-year-old Jessica sharing her giant goblet of wine with her dog. It’s a moment that cemented her status as the villain of the show, the allegedly loopy single woman in her 30s whose boundaries have blurred beyond recognition, the Jan Levinson of the Love Is Blind universe. But where many see a cold, shrill woman who can’t accept the readily given affections of her younger fiancé, I see the true hero of the show, a real woman battling insecurity, fear and her own traumas to try to piece together why she can’t seem to find success in this one area of her life.

Love Is Blind, which insists on calling itself an “experiment,” is centred around a group of men and women who are initially separated and only allowed to communicate through elaborate “pods” where they can hear but not see each other. The aim is to have the singles let their guards down, go beyond their usual physical preferences and choose a partner based on a connection formed through conversation, humour and emotional vulnerability. 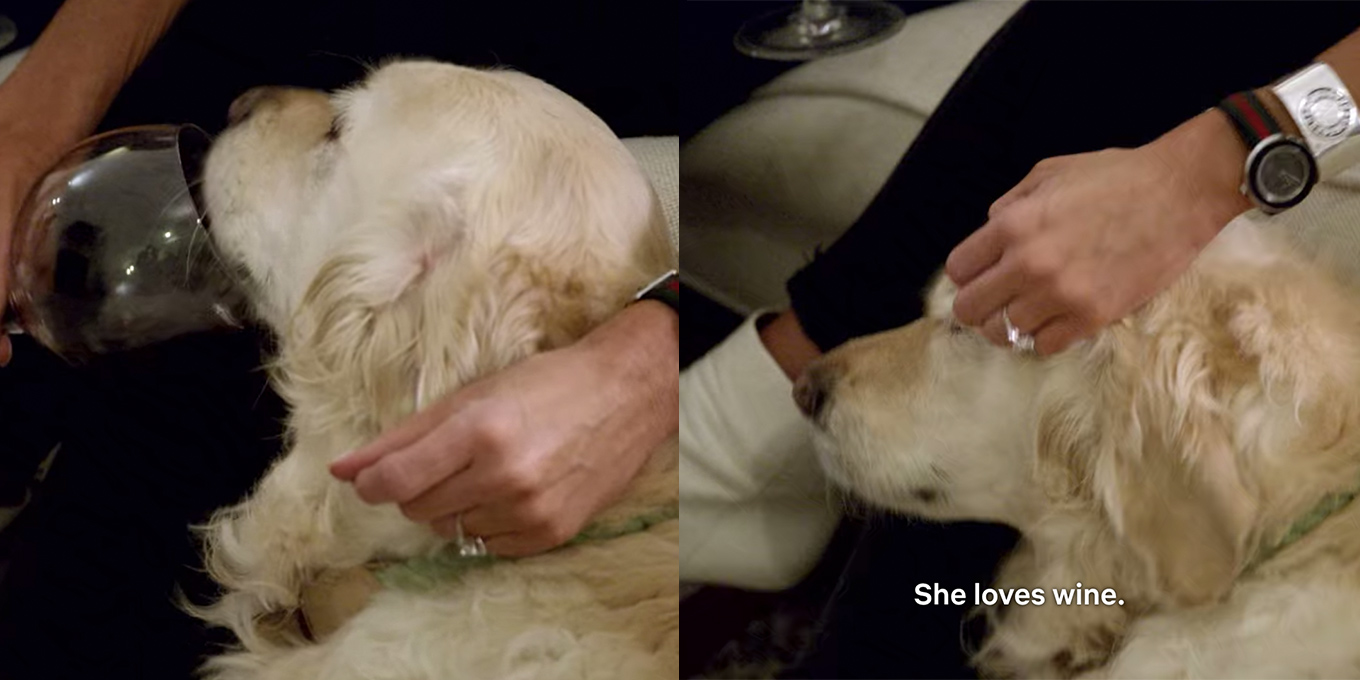 We watch as various single people go from 0 to engaged in a matter of minutes, declaring their love for each other before they’ve even locked eyes. Most of the pairings seem inevitable, with couples like Kenny and Kelly quickly forming bonds over inane similarities, like their shared love of the incredibly popular and ubiquitous children’s book I’ll Love You Forever.

But in tech professional Jessica, we finally have some genuine tension and drama. In the pods, Jessica is torn between an instant and flirtatious attraction to a goofy, overgrown frat boy named Barnett, who can’t seem to make up his mind between Jessica and two other women, and Mark, a 24-year-old personal trainer who seems to say all the right things, including that he’s ready to commit to her immediately. As she weighs how she feels about each man, it becomes clear that, for her, this is about more than merely picking someone in order to continue being on a ridiculous TV show; Jessica is struggling with her own self-doubts and attempting to resolve the hang-ups she thinks are keeping her from satisfying this particular part of her life. And when she is inevitably let down by Barnett (as she has no doubt been let down by Barnetts her whole life), we watch in painfully real time as she wills herself to see Mark not as consolation but as the path forward to a successful romantic life, one she thinks she can achieve through sheer willpower. 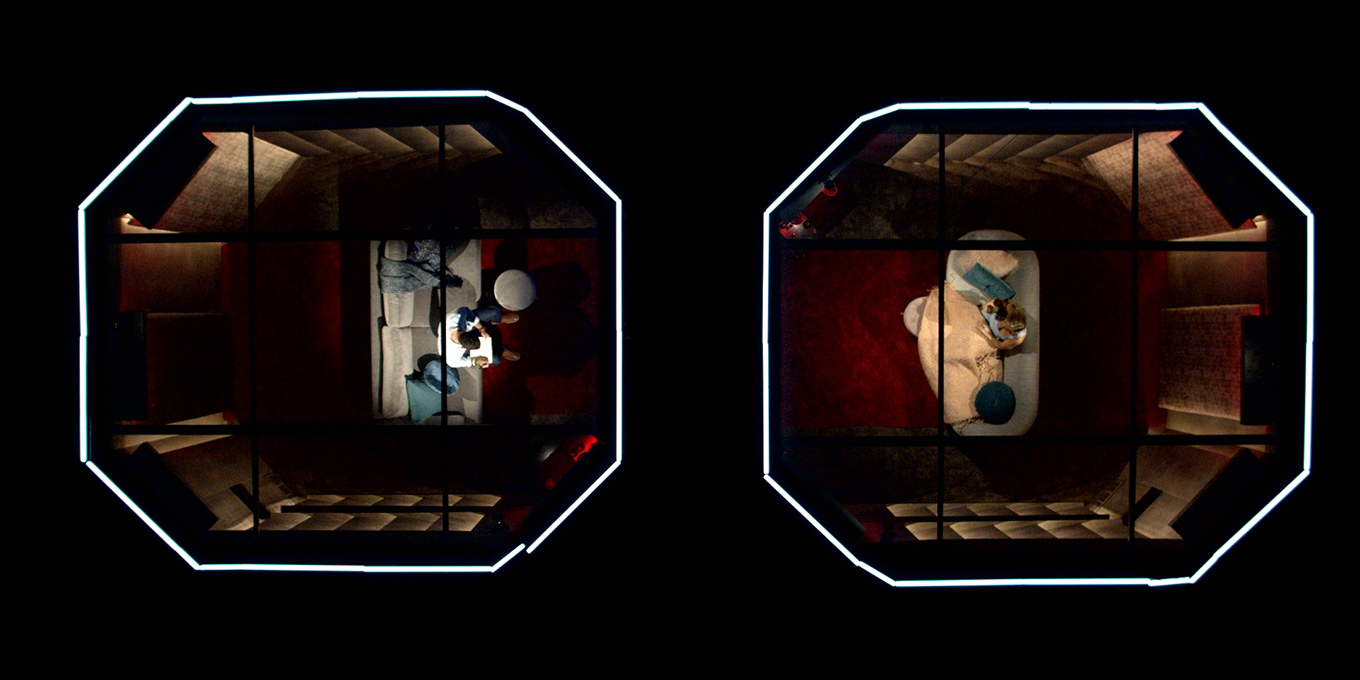 The private pods on Love Is Blind.

Yes, it’s easy to see Jessica as a wine-guzzling, dog-enabling, perpetual single who can’t make up her mind, but in those moments of vulnerability, when she defaults to her tried and tested coping mechanisms, we see someone we rarely see on reality-TV dating shows: a woman in her 30s who has long struggled to reconcile the life she thinks she wants – one that’s defined by marriage and family – with the life she has, in which she’s successful, independent and surrounded by supportive friends.

Throughout each phase of her hastily forged relationship with Mark, Jessica visibly ping-pongs between her desire to be in a relationship and her dislike of him, whether that’s sleeping separately in Mexico as other couples brag about their horny conquests or her nervous breakdown while trying on a wedding dress that she insists is beautiful and perfect all while shaking and crying. And because we don’t usually see women like Jessica on these types of shows, it’s initially jarring and uncomfortable to watch. Each awkward interaction with Mark, where her physical repulsion is palpable through the screen, elicits a full-body cringe. It contrasts sharply with her shifting demeanour and suddenly high-pitched girlie voice as she attempts yet again to convince Barnett that he has made a huge mistake and reignite the fleeting attraction she thought they both once felt so intensely. It’s all a bit too real for reality TV.

These types of shows are usually reserved for the young and guileless, for men and women in their early 20s who will boast about their spontaneity and commit to the notion of marriage as an exciting abstraction rather than a daunting exercise in compromise and commitment. It’s a space that until now has been solely populated by glossy-haired women who can not only nail the running leap into a man’s arms but don’t look ridiculous doing so. People looking for love on The Bachelor or Love Island can afford to make mistakes, abandon their six-month lease in Cincinnati or Lethbridge at a moment’s notice and sell all their earthly belongings to chase an opportunity to be on the next iteration of Bachelor in Paradise – I mean…to find love. 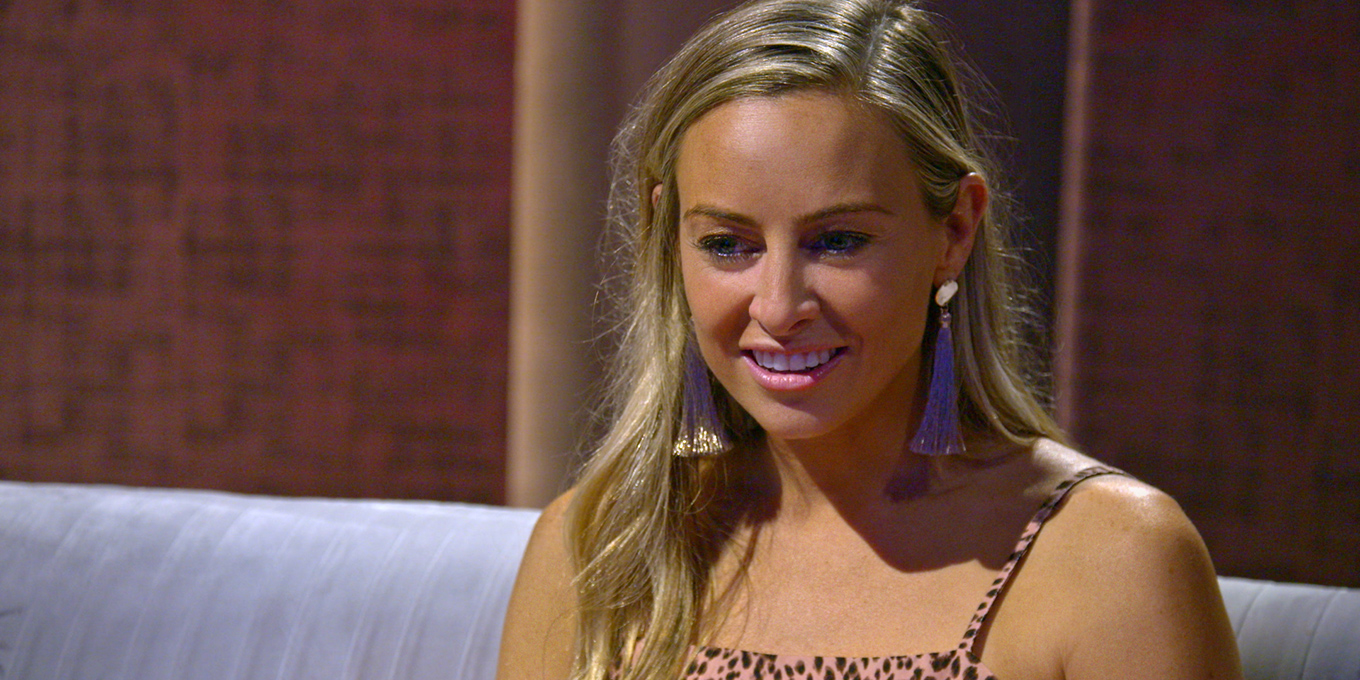 Jessica on Love Is Blind

The romantic hubris can be artfully framed as “chasing your heart,” the weeks-long engagements chalked up to the follies of youth. For Jessica, berry-stained mouth and all, there are real-world stakes in this “experiment.” She has a lucrative, fulfilling job, owns her own home and has a solid circle of friends, but to her, this loneliness in the face of her achievements feels like a personal failing and she is determined to fix it, even if the fix feels inherently wrong. No doubt others on the show feel the same way – she’s just the only one willing to admit it and to admit how uncomfortable and hard this process is for her. Whereas Amber and Giannina, 26 and 25, respectively, appear to be unabashedly acting out what they see as a normal journey to “forever love,” it’s no surprise that the other older participants on Love Is Blind, Lauren and Kelly, both 32, similarly express hesitation when it comes to their matchups and the idea of marrying someone you just met.

Jessica’s romantic rival, Amber, could easily be a Bachelor contestant, she of the impetuous, instantaneous physical connection with Barnett and the full-body commitment to calling him “her man” within a few seconds of seeing him for the first time. But, in essence, Jessica and Amber are reflections of each other, both struggling with a different type of insecurity that has them figuring out how to define their own self-worth. We’re just more comfortable with Amber’s brand of messiness because we’ve seen it play out so often. So, when at the bachelorette party shortly before their respective weddings and Jessica drunkenly confronts Amber and says, “See me, know me,” it was as much a clarion call for Amber to recognize herself in Jessica as it was a boozy plea for forgiveness.

As Netflix releases the final episode of Love Is Blind today and we find out if Jessica will in fact go through with her soulless wedding to Mark, I genuinely hope she’s able to stand confidently behind whatever decision she makes, especially if it’s to walk away from someone who is barely her equal in every respect. But even if she goes through with it, I hope “Messica” has shown us that while twentysomethings dating may make for good superficial TV, it’s not nearly as compelling to watch as the reality of navigating life and love in your 30s.

What Dating Is Like Right Now, According to 4,000 Canadians