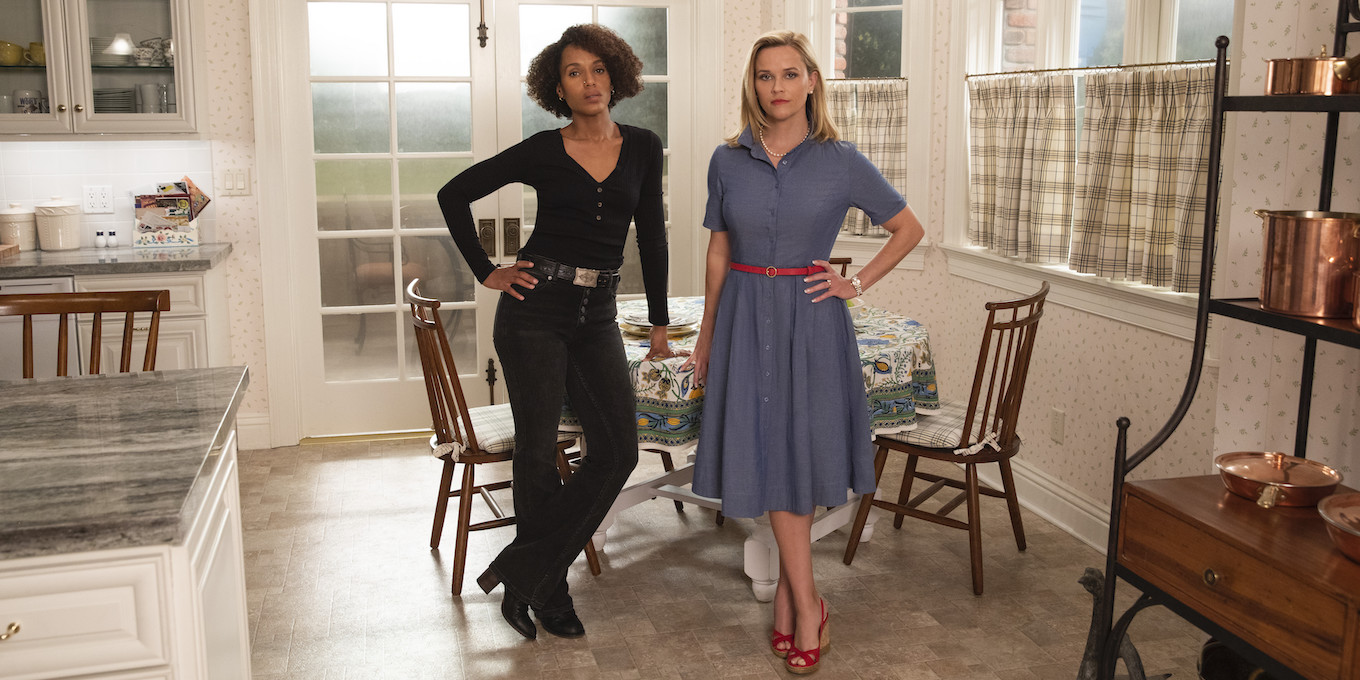 “Dumbfounded amazement.” That was author Celeste Ng’s immediate reaction to finding out Reese Witherspoon wanted to produce and star in – alongside Kerry Washington – the adaptation of her bestselling novel Little Fires Everywhere. “When I watched the first season of Big Little Lies, I was so struck by Reese’s performance as Madeline. I said to my husband, ‘Wouldn’t it be amazing if, in some magical fantasy world, Reese Witherspoon read my book and wanted to option it?’ And then it ended up actually happening,” the writer says while discussing the series over a Zoom roundtable. “I continually ask my husband, ‘Is this just a vivid hallucination?’ And he’s a lovely, very logical man. He’s like, ‘It’s possible that you could be hallucinating this, but then everyone in the world would be in on it.’”

Ng serves as a producer on the TV adaptation of Little Fires Everywhere, which will be available to stream for the first time in Canada on Amazon Prime Video on May 22. Witherspoon stars as Elena Richardson, a Type A working mom of four striving for the perfect family, whose life becomes more complicated when Washington’s enigmatic Mia moves into town with her daughter. We joined Ng on the roundtable to chat about making the show, how it needed to be different from the book and why she thinks the casting was perfect.

On the book-to-series adaptation process

“It was honestly quite fantastic. They’ve set the bar quite high for any future film projects that I do, which I’m being told is actually unusual. I think they were just the right people to adapt the book. Reese and Lauren Neustadter at Hello Sunshine had so many points of connection to the book. They said, ‘Here’s our vision for this,’ and it matched what I wanted. It was a very harmonious process. I didn’t want to be the screenwriter, because I think I would have been the wrong person to adapt my own work, but I still got to be a voice at the table. I was sort of their tuning fork. You’ll see that parts of the show are very faithful to the book, while other parts are quite different or have added new layers. One of the benefits of getting to be involved is that I could kind of give them my blessing to take it in a different direction and give the series space to be its own project.”

On Reese Witherspoon as Elena

“One of the huge benefits of having not just one but two powerhouse actresses with such range and ability is that you really get to see the human side of both of them. We see Reese, who is one of America’s long-running sweethearts, playing a person who is doing unsympathetic things. We have to reckon with that and go, “We want to like her, but she’s doing this terrible thing.” It makes us empathize with Elena in a way readers may not be able to with the book, because when you read, you’re creating your own picture. But when you see someone on screen who you’re conditioned to like, it forces us to identify with her in a way that is really powerful and useful.”

On Kerry Washington as Mia

“It’s the same with Kerry. Kerry plays Mia a little differently from how she is in the book, and she does that on purpose. On the show, Mia is harder. She’s very reserved. I wrote Mia and her daughter, Pearl, as white characters in the book. Originally I wanted them to be people of colour, because class is always tied to race, but I didn’t want to make them an Asian-American family because I thought that would’ve been a little too neat. But I also didn’t think I was the right person to try and imagine what a Black or Latina woman’s experience in the United States is like. I’m delighted that, in bringing this to the screen, the producers decided to cast Kerry because, of course, she can speak to a Black woman’s experiences. It was an opportunity to explore this part in a way I couldn’t in the book in a really authentic way.”

On wanting readers and viewers to address their “blind spots”

“There’s a long history of people thinking that they mean well when they are doing things that harm other people, cause inequality or have other effects that they don’t even realize. I never go into a project thinking ‘Here’s the moral of this story,’ but my job as a writer is to ask readers questions and think about these blind spots. I hope people will think, ‘Am I like Elena? Am I like Mia? Who do I feel sympathy with? Why?’ And, hopefully, by the end of the series, you’ll feel differently about each of the main characters than you did at the beginning of the first episode. I like this blind spot analogy because it’s like when you’re driving your car and, you know, you have to check over the blind spot. It’s how cars are designed. There’s always going to be a spot that you can’t see. But if you don’t look and address that blindspot and you hit someone that’s your fault. So with this, I hope viewers will start to think about what other blindspots they need to check. That would mean the show was hugely successful.” 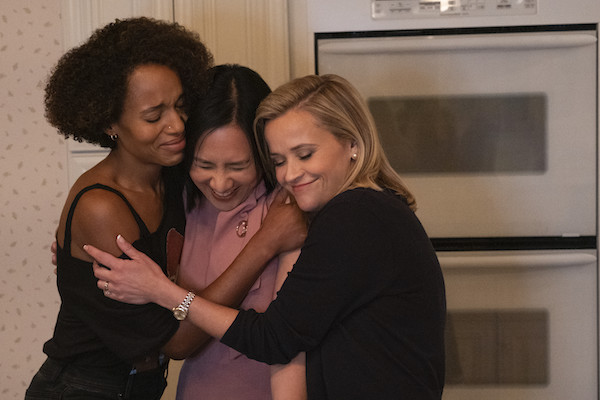 On the book-to-screen changes

“I went into this project wanting the adaptation to be a little different. That’s part of the joy as a viewer. My favourite adaptations are the ones where the is some difference and you can go, ‘Oh, that’s interesting. Why did you make that change?’ I’ve been comparing it to a cover song – you want to hear the familiar melodies and the same words, but also want the new band’s take on it, or else why not just listen to the original? One change I was thrilled with was the exploration of [Elena’s youngest daughter] Izzy’s sexuality. It was something I wanted to do in the book but couldn’t fit it in. And there are plot differences as well, which I won’t say anything about, but I liked the idea that viewers may love it and readers may hate it, or vice versa. For me, that’s fun. It means the project is getting to live on its own.”

On her on-screen cameo

“I loved doing the cameo and I’m curious to see how many people will spot me in there. They asked me what I wanted to look like and I said, ‘Make me look as different from normal me as possible.’ And they did, which I loved. It was a really fun experience. My role is a newcomer to this book club and they said, ‘Just look like you have no idea of what’s going on.’ And I said, ‘I can do that.’ I don’t think I could do any other role – I don’t have the skills fo that.”