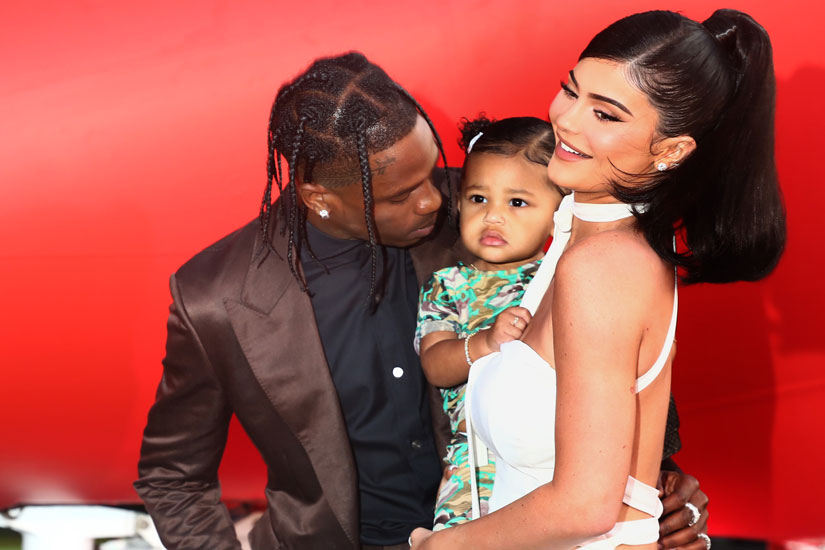 It was a family affair at the premiere of Travis Scott’s documentary Look Mom I Can Fly, held last night in Santa Monica, California. Stormi Webster, Kylie Jenner and Travis Scott’s one-year-old daughter, made her red carpet debut in a camouflage shirt and pants and crisp white sneakers, and the trio posed for several photos together.

The documentary, available now on Netflix, follows Scott as he produces his Grammy-nominated 2018 album Astroworld, and “juggles controversy, fatherhood and career highs.” It features intimate, never-before-seen family moments, including footage from Scott’s childhood and scenes with Scott and Jenner at home with Stormi.

In a Rolling Stone article from 2018, the rapper said of the relationship: “We was just two kids, fucking around. Maybe, like, the first week, you don’t know if it’s real or a fling. Then the second week you’re like, ‘Whoa, I’m still talking to her, she’s responding, I’m responding. We ain’t run out of a thing to say.’ And it got to a point where I was like, ‘I need her with me to operate. She’s that one.’ ”

He does see the two getting married. “We’ll get married soon,” he said. “I just gotta sturdy up — I gotta propose in a fire way.”

Watch the trailer below.