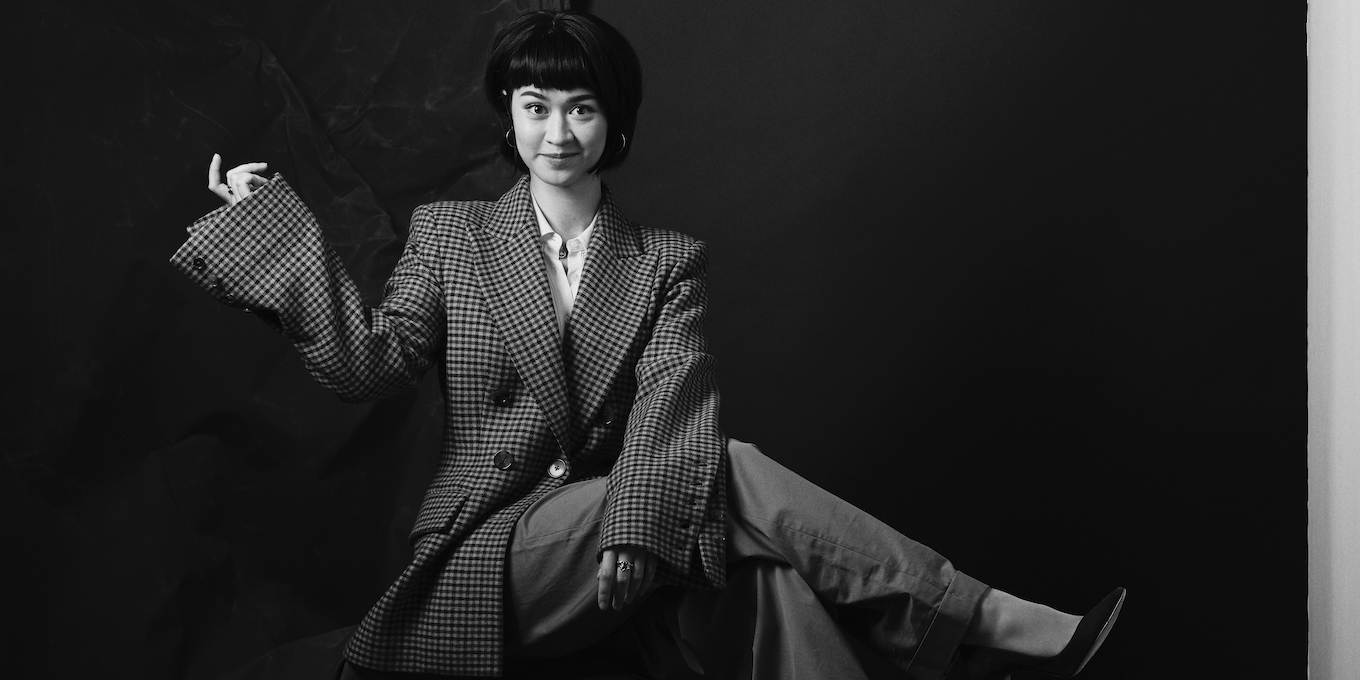 If you scroll far enough down Kristina Tonteri-Young‘s Instagram page, you’ll come across photos of the actor looking completely at home in intricate handmade costumes. As a teen, she attended Comic-Con fests in cosplay she made herself, a practice that eventually led her to create historical and vintage-inspired pieces. And like any good actor, the new Netflix star understands how crucial a wardrobe can be to unlocking a role. “The costume really informs a character. Clothes can really change my performance,” she tells us over a Zoom call from New York. “And it’s interesting if the costume ends up being something that I didn’t expect. Then I can try to merge my idea of the character with the costume and go down a completely different path.”

Tonteri-Young’s love of costume design lends itself well to her breakout role – her first-ever on-screen gig – as Sister Beatrice in Netflix’s latest action-fantasy series Warrior Nun. The show follows a group of nuns who also happen to be extremely skilled combatants. Together, they belong to a demon-fighting ancient order. Think Buffy the Vampire Slayer, but in habits (i.e. uniform) you’d see on Catholic nuns. Beatrice, like the rest of the sisterhood, is often seen wearing the traditional garb (“They were comfortable and classy, but we still looked like women. We’re not wearing sacks,” Tonteri-Young says. “Although they were really hot because we were in Spain in the summer wearing layers of clothing.”), but it’s when Beatrice puts on her warrior uniform that the Finnish actress really felt her character click into place. 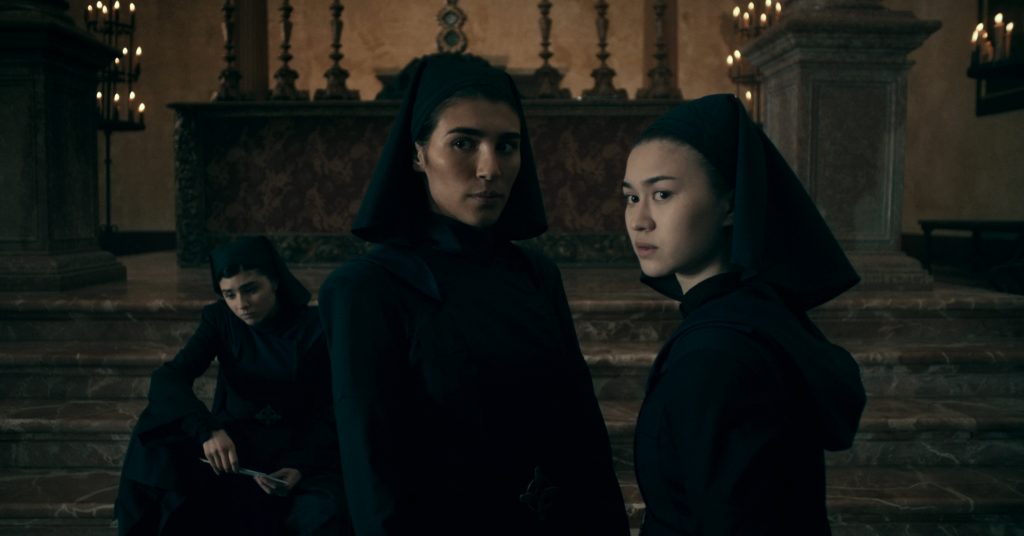 “Our costume designer did an absolutely fantastic job because each [warrior] has little bits and pieces that were [unique] to the character. Beatrice has a knife holster at the front and holders at the back,” she says. “As soon as I strapped that leather harness on, I was like, ‘Oh yeah, this is what I’m about. This girl means business.’”

In the week since the show dropped on the streaming service (and has pretty consistently stayed in the top 10 on Netflix Canada), Beatrice, the sharp, level-headed member of the sect, has quickly become a fan favourite. Young-Tonteri is a natural in the role, but she actually auditioned for Ava – the series’ protagonist who finds herself with a new lease on life after a divine artifact is placed in her back, thrusting her into the sisterhood of fighting nuns – before landing the part. She knew from the start, though she can’t quite put her finger on what it was, that she wasn’t right for Ava. “She’s a little sharper, a bit edgier. I don’t know if I have that in me, though Alba [Baptista] does [the character] so brilliantly,” says Tonteri-Young. “But with Beatrice, I was like, ‘Oh, I can definitely relate to her.’ She’s reserved and quiet, but she’s not cold, which is how I think a lot of analytical characters [are seen].” 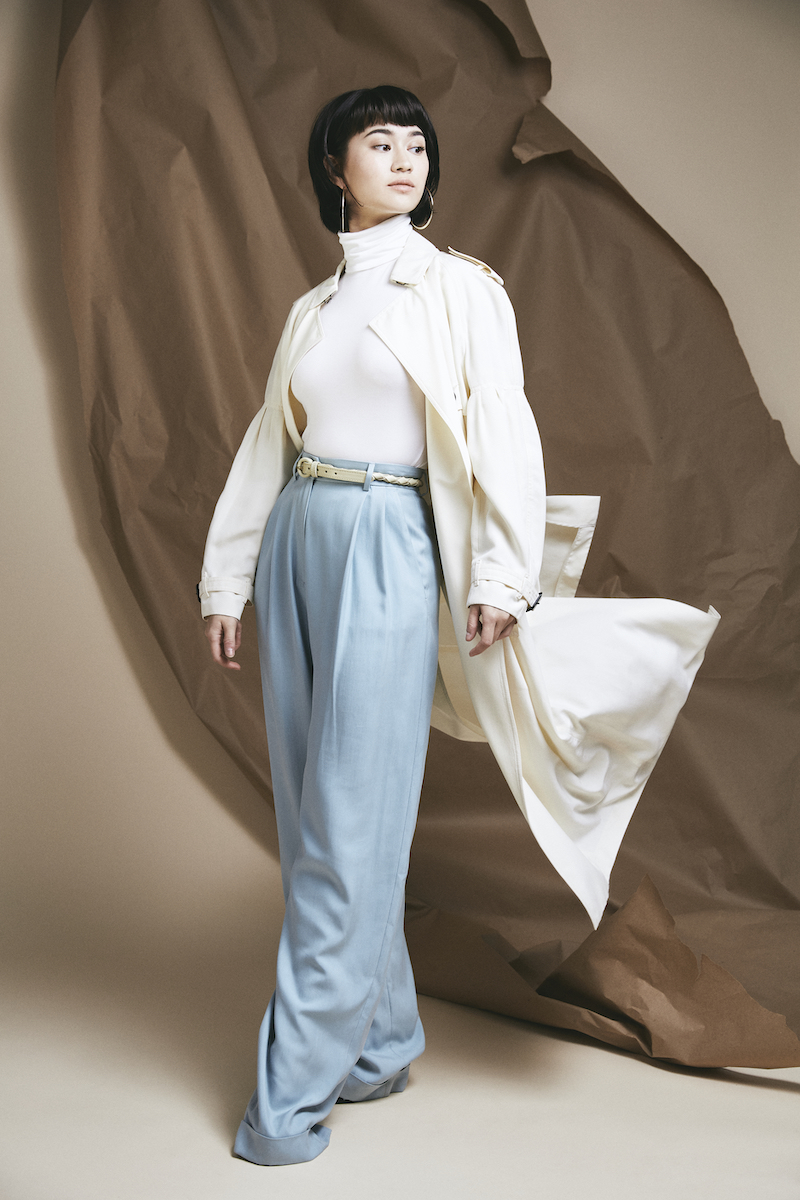 It’s a warmth that radiates whenever the actress is on-screen – even during the impressively choreographed (and exhausting looking) fight scenes, so the fan ardour makes perfect sense. Beatrice is also the first nun welcome the strong-willed Ava, who has spent most of her life alone, into the group. As the episodes unfold and their bond grows stronger, it seems there’s a spark of romantic chemistry, that maybe there’s something more than friendship between the pair. (The fandom, of course, picked up on this immediately. They’ve dubbed the couple Avatrice.) And although nothing is ever explicitly said about either character’s sexuality in the first season, Tonteri-Young says she was definitely playing certain moments romantically. “When we were filming, we were already talking about people shipping them together. There are definitely moments that can or should be read into, so hopefully, that grows into something,” the actress says, adding that she doesn’t know anything about a potential second season. “I would be sad if they just kind of left [the relationship] where it is right now, I think it would be a missed opportunity. As Ava tells Beatrice, there’s nothing wrong with her. So I hope that Beatrice gets to open up a little bit more and not have to hide that side of herself.”

While fans await news about the show’s fate (there are rumours that a second season has been ordered, but nothing official as of yet), Tonteri-Young has been enjoying the “wonderful” initial response. She’s even heard from one viewer who felt empowered to come out to her parents after watching. “It was just one of the best things I could have heard,” she says. The actor also loves the representation that Warrior Nun offers. “In the show, we’re not sexualized in any way. We’re riding on our skills and intelligence,” she says. “[It’s about] women supporting women and [creating] this wonderful sisterhood and community. You don’t have to be out on your own.”

Hong Chau on American Woman and the Messiness of Revolutions