Kiernan Shipka on Fashion, Her Craft and What She Learned from Jon Hamm

The bewitching star returns in Netflix's Chilling Adventures of Sabrina on April 5. 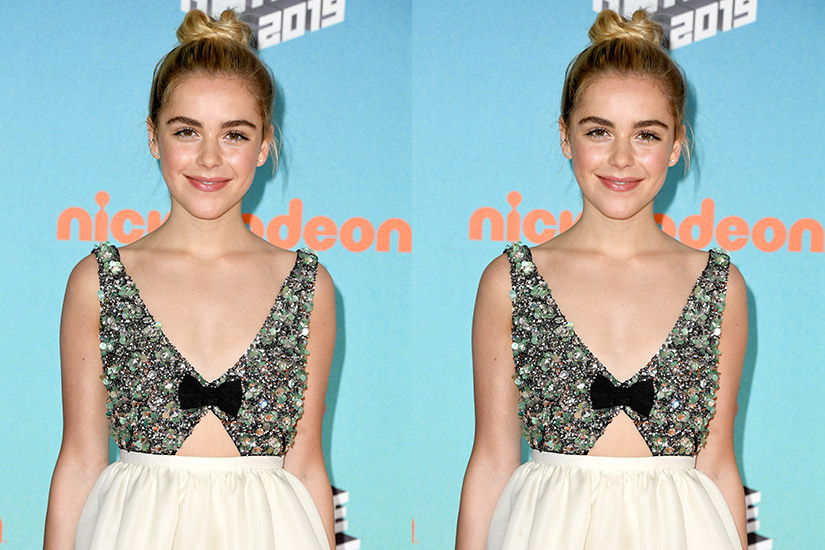 Coming up in Hollywood with a role on Mad Men will earn you major cred in the audition room—but on the playground, not so much. “Kids my age didn’t really care because I wasn’t on the Disney Channel,” laughs Kiernan Shipka, who was six when she signed on as Don Draper’s daughter, Sally, a supporting gig she played well into her teens. The 19-year-old has now stepped into the spotlight on Netflix’s Chilling Adventures of Sabrina—a moody take on the beloved ’90s sitcom Sabrina the Teenage Witch—which is back on screens now for part two.

CHANNELLING SABRINA “I grew up on a show that portrayed women as actual people with emotions and flaws and strengths…. [To this day] the only characters I’m interested in are those with that depth.”

GROWING UP MAD MEN “Jon Hamm was such a fantastic number one—so kind and a real leader. I try to apply as much of that as I can to Sabrina. It’s about setting a tone for a set that’s friendly and fun but also respectful and quiet when it needs to be.”

STYLE PHILOSOPHY “I approach fashion from a point of pure fun and joy. I’m not the type of person who wants to play it safe. I’ve always loved Miu Miu. I recently started working with Fendi and I’m super-obsessed, and I’ve done a lot of stuff with Dior. My style is always changing. I wear lots of bomber jackets and cool sweatpants.”

MUST-HAVE ACCESSORY “I like to splurge on shoes—they can really elevate an outfit. When we were filming the first season of Sabrina, I was known to walk around in a Christmas onesie but with my Chanel slides…and socks, to really make it fashionable.” [Laughs]

NETFLIX BINGE “When we were filming Sabrina, I could only stomach lighthearted stuff, so lots of Queer Eye and Nailed It.”