Kerry Washington dazzled on Broadway with her powerful performance in American Son. Now, she’s bringing the story to Netflix. 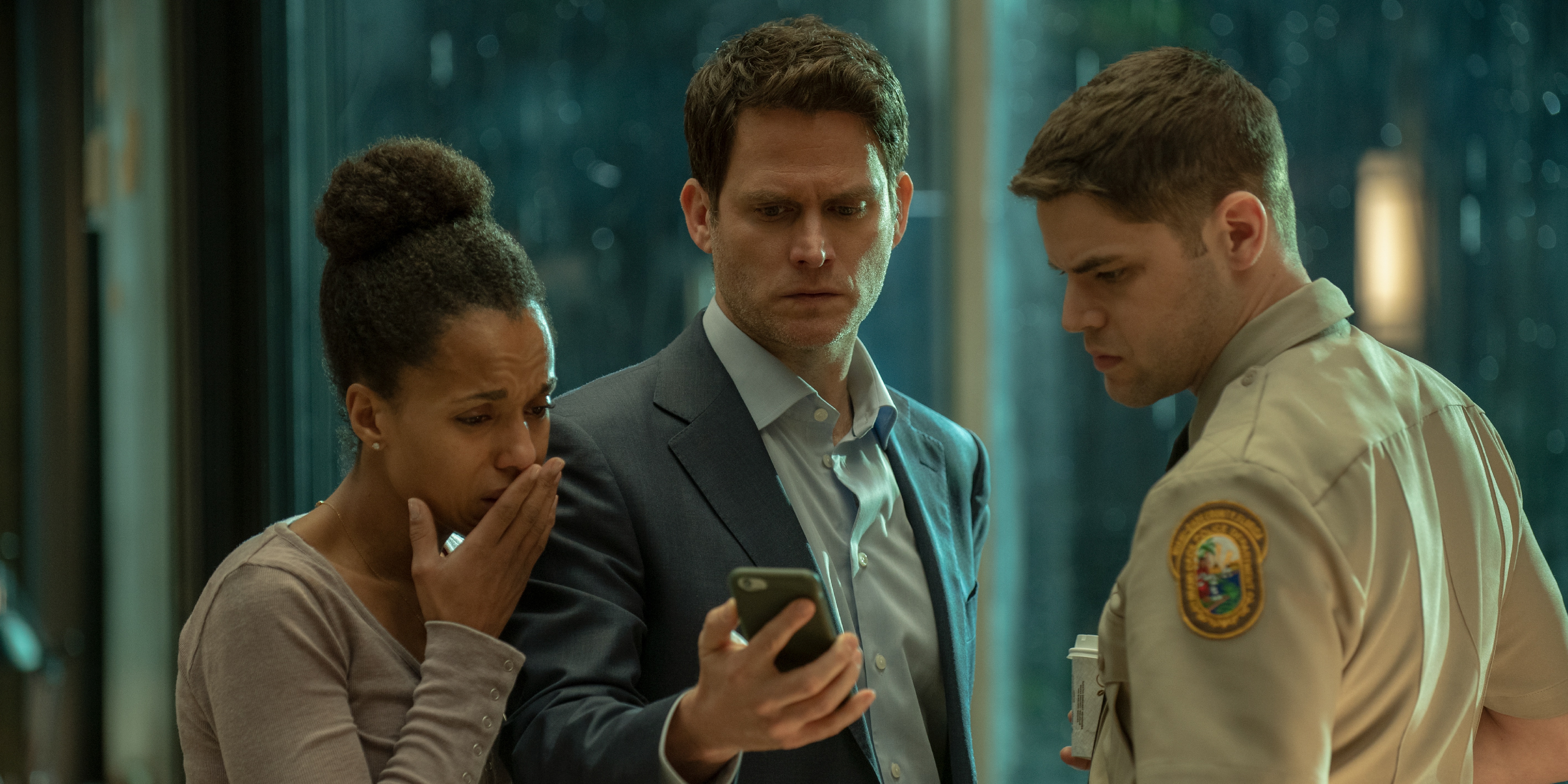 After an acclaimed three-month stint on Broadway, American Son (the play Oprah said she couldn’t stop thinking about) is coming to Netflix. Now a film, it follows Kendra, a professor played by Kerry Washington, as she waits in a Miami police station in the middle of the night, desperate to find out any information about her missing teenage son, Jamal. It’s 90 minutes fraught with pointed questions about how race, gender and class affect personal safety, among other aspects of life. “For a long time, Kendra has tried to buy into a myth of her safety – that she is going to be okay in the world because she’s married to a white guy and he’s an FBI agent, so she and her son will be safer than other kinds of Black people,” Washington tells us ahead of the film’s premiere at the Toronto International Film Festival. “We meet her at a point where she has decided to be honest with herself about who she is and what she and her son need. We spend a lot of time wondering if it’s too late.”

YOU’VE SAID THAT KENDRA IS THE “UN-OLIVIA POPE.” WHAT DREW YOU TO PLAYING HER?

“Kendra is a lot of things, but two of the reasons I describe her as the ‘un-Olivia Pope’ are she’s a mom and she has been married for a long time, and those are choices that Olivia Pope did not make. They involve a level of vulnerability that she chose not to grapple with.”

IT’S A HEAVY ROLE TO PLAY. HOW DID YOU GET INTO THAT EMOTIONAL SPACE WHEN YOU WERE PERFORMING EIGHT SHOWS A WEEK?

“It was really a bit of a leap of faith – [I was] just hoping that my technique could help me do it. I was able to upgrade my tool box as an actor in being forced to do that. When I do theatre, it requires a little bit of a monastic existence: I have to get enough sleep, I have to eat enough and I have to drink enough water (when you talk a lot, your body releases more water than usual, so you have to stay really hydrated) and take vitamins.”

THE FILM COVERS A LOT OF IMPORTANT THEMES. IS THERE ONE MESSAGE YOU HOPE AUDIENCES TAKE AWAY FROM IT?

“Fundamentally, the piece is a love story. It really is about two people who, we discover, love each other immensely, yet their cultural divide – based on race, based on gender, based on socio-economics – has become insurmountable. A lot of what the story is about is them trying to figure out how to respect and love each other [enough] to at least be able to co-parent this child whom they both desperately love. What is at the core of the narrative is how we figure out how to listen to each other and really see each other and co-exist. The play is almost an exercise in that practice. A lot of times, when we’re faced with a different point of view, we change the channel and go back to the one that’s telling us what we like to hear or we walk out of the room or we unfollow or we defriend. It’s important to have these spaces where we’re practising real listening and presence. In the making of this production, I often found myself in places of surprising empathy and understanding where a character would say something and I would go, ‘Oh, I get where they’re coming from; I didn’t think I would, but I do.’

DID YOU HEAR THAT FROM PEOPLE WHO SAW THE PLAY?

“This wonderful thing happened for a lot of people who saw the play: They were surprised to see themselves so clearly. So many different kinds of people were like, ‘Wow, I didn’t know that I would hear my point of view so clearly embodied onstage and that I would feel pulled in these other directions with characters I didn’t think I would align myself with.’”

EARLIER, YOU BROUGHT UP THE IDEA OF SAFETY. IN THE DISCUSSION GUIDE THAT WAS RELEASED ON THE WEBSITE FOR THE PLAY, ONE OF THE QUESTIONS IS “WHAT DOES A SAFE COMMUNITY LOOK LIKE?”

“I’m really proud of the discussion guide. We worked with an amazing organization called the Opportunity Agenda. What’s so moving to me about that question is that it’s not just about your personal safety but what a safe community looks like. It means taking into account that everyone deserves to feel safe in their homes and in their communities. It involves a level of communication and willingness to have a shared goal and shared vision and not just decide that certain people deserve to feel safe and that for other people it doesn’t matter.”

TELL ME ABOUT ADAPTING THE PLAY FOR NETFLIX. WERE THERE ANY MAJOR CHANGES TO THE PRODUCTION?

“It was really important to Netflix and to me to bring a theatrical experience to audiences. We did not change a single word – the script is exactly the same.”

WHEN SCANDAL PREMIERED IN 2012, YOU WERE THE FIRST BLACK WOMAN IN 40 YEARS TO FRONT A PRIME-TIME SHOW. WHERE WOULD YOU LIKE TO SEE THE CONVERSATION MOVE TO NOW?

“It’s still important to be considering inclusivity and this idea that for a long time in our larger cultural platforms, our heroes only looked one way: They were straight, white, cisgender men. We are really owning up to the idea that our heroes can be any gender, any race, any ethnicity, any religion, all sizes, disabled or able-bodied – and that’s very important. We must continue to invite more experiences, perspectives and journeys to the table so that we can tell stories that reflect the true range of diverse experiences that we embody as humans.”