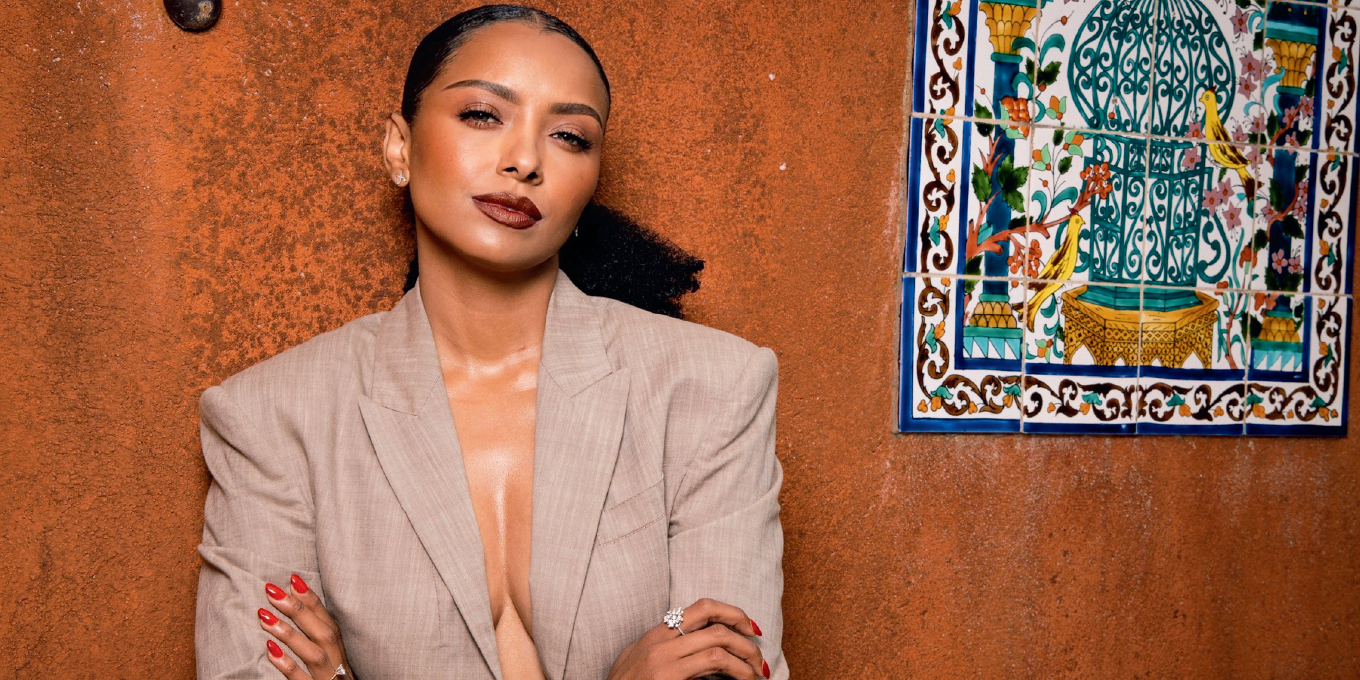 The end of an era can be confusing—it can open the door to identity crises and feelings of being lost and unsure of what your next move should be. But when CW hit The Vampire Diaries wrapped in 2017 after eight seasons, Kat Graham—best known for her role as Bonnie Bennett, one of the show’s teen witches—felt a surge of confidence. “Everyone was watching for what I was going to do next,” says the 33-year-old actor, singer and activist. She ended up moving from California to Georgia and starring in indie films like Cut Throat City and The Poison Rose as dynamic marginalized characters.

Earlier this year, Graham dropped her album Long Hot Summer in partnership with GLAAD (an organization focusing on queer rights), and this past August, she played a conniving yet discerning character in Collide, an edge-of-your-seat thriller that takes place in a single evening, alongside old-school heartthrob Ryan Phillippe and comedian Jim Gaffigan. In September, she starred in Love in the Villa, a cheeky Netflix romantic comedy filmed in Italy, opposite The Umbrella Academy’s Tom Hopper Graham is also turning her star power into activism in this next chapter of her career. She recently became a Goodwill Ambassador for the United Nations High Commissioner for Refugees and worked on a film (due out this fall) with Angelina Jolie about the global refugee crisis.

“I really loved the [Collide] script. I had never played a South African. Being biracial and fortunate enough to have been born in Switzerland rather than [in South Africa] during apartheid is a blessing. I also think of my friends who are biracial and were also born during that time. What would happen if you could get revenge on everyone who treated you a certain way or took away someone or something you loved?”

“I’ve never played a role that’s calculated. I think most of my characters have been ‘what you see is what you get,’ and they sometimes get caught up in a situation. Collide definitely has one of the more complex storylines that I’ve played [a part in].”

“I’ve become much bolder in how I defend the oppressed. When I was younger, especially in my early 20s, I always wanted to be easy to work with, even if I experienced blatant racism. I was still just trying to find my place in the industry and not ruffle too many feathers. Now, I feel like all I do is feather-ruffle. I’ve been really focusing on playing characters who have experienced discrimination.”

“Standing strong and saying [that the racial diversity that currently exists in the industry] is not enough is important because I still don’t see all of that representation throughout the world. I think we’re doing well, but it’s because of the feather-rufflers that changes are happening. It has taken all the different actors and executives and power players in Hollywood saying ‘We’re not going to just be your housekeepers. We’re not going to just be your best friends. We have our own points of view, and our stories deserve to be told as well.’”

“Netflix has been so great to me because they [cast] me as the lead in romantic comedies. Growing up, I didn’t get to see Black women playing those roles—they were always Caucasian women. If you’re the actor for the role, you’re the actor for the role, and [Netflix creates diverse roles] in such a subtle, beautiful way where they’re not pandering [to their audience].”

“[Love in the Villa] was the best film [I’ve worked on], the best experience I’ve had in my life—and I don’t say that lightly. It gives me hope because [sometimes] you go on-set and so many things go wrong. But nothing ever went wrong—everything was perfect [and] flawless. Everyone was happy and laughing through tears every day. It was like lightning in a bottle.”

“I want to use my art [in my activism], but it’s also important to have boots on the ground—to go where people need you, tell their stories, actually hand them a camera and give them a voice.”

Read more:
Devery Jacobs Is the Leader of the Pack
Savannah Ré’s Love Letters
Myha’la Herrold Is a Rising Star