Karena Evans is Set to Take Over the World

The actor, director and frequent Drake collaborator opens up about her new film Firecrackers. 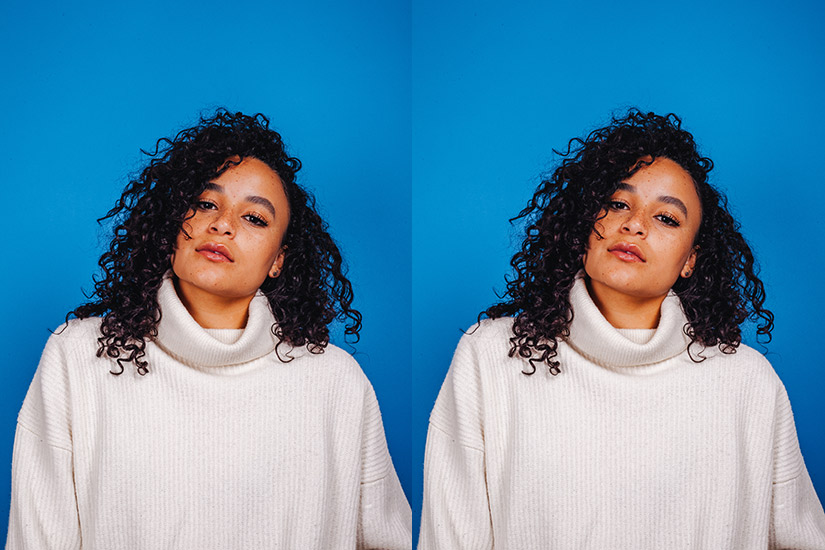 By the time she’d turned 23, Toronto native Karena Evans had already interned for Director X, starred in a couple of feature-length films and directed a bunch of music videos (including Drake’s “Nice for What” and Degrassi reunion vehicle “I’m Upset”). Her impressive work also earned her an MMVA and she became the first woman to win the prestigious Prism Prize Lipsett Award, recognizing unique and innovative approaches to making music videos.

Despite her extensive resumé, there was a time where the Canadian creative would’ve lied about her age. “There is a negative perception that comes with how young you are. I felt the need to hide it so people didn’t look at me and think I couldn’t do the job,” Evans told us when we met up with her during last year’s Toronto International Film Festival. “I’m just grateful I’m able to do what I do at a younger age than what society is used to.”

Evans was back in Toronto (she moves around for work too much to be settled anywhere, but says her heart is still at home here) to talk about Canadian drama Firecrackers (one of her aforementioned movies), which premiered at TIFF last year and is now slated to hit select theatres in Vancouver and Toronto on March 29. In Firecrackers, Evans stars as Chantal, a teen girl who—along with her best friend Lou (Michaela Kurimsky)—is desperate to escape her small, isolated town. We caught up with her to chat about acting and directing, her push for better representation and working with Drake.

Firecrackers premiering at TIFF is exciting! As someone born and raised in the Toronto area, how does that feel?

As you said that, my hair stood on my arms. It’s pretty surreal because the film is so unique. Being in a festival like this in our hometown so all of our friends and family can be here to experience this moment is magical.

What made you want to be a part of this movie?

Even before I read the entire script, I knew there was something extremely special about Firecrackers and that it was something audiences hadn’t seen before. We have grown up with a lack of representation of women, and here comes Jasmin [Mozaffari, the director] with this story about two unapologetic girls who are trying to escape their patriotic town. I learned a lot from Chantal—she’s really stayed with me.

How did you prepare for your role?

I grew up in Pickering, about 30 minutes outside of Toronto, so I could relate to this universal story, but in order to feel what it’s truly like as a young girl in a run-down, boring town, I had to immerse myself in that space. When we were on set, I would ask to stay in town and live in that space and really, truly be bored. Michaela [Kurimsky] and I created Instagram accounts for our characters, which gave us a further gateway into our characters.

What was it like working with a mostly female crew?

I wish it could be the standard. It created this kind of electric and visceral energy in the air on set that allowed for it to be a really safe space for Jasmin, Michaela and I to explore with each other. It was very much a dance between us and the cinematographer. It was so free—a safe playground with a bunch of women.

Do you think the movie would have turned out differently if it had been a male-dominated set?

Oh yeah. The female gaze is so strong in this movie. Jasmin has this innate ability to tell this story not just because she wrote it, but because she’s female and she understands it. It would’ve come across differently with a male perspective.

How can we normalize the female gaze—it’s something audiences sometimes are uncomfortable with, unfortunately.

We have to continue to create these stories that are not the same things audiences are used to saying. They’re tired of that. Lou and Chantal are characters that Jasmin wrote that were screaming out at her, and I think that’s coming out more in film and TV. I’m so thankful to Jasmin and other women and men who are providing more opportunities. The solution is to keep moving forward and onward.

How do you push for more representation when you’re on set as a director?

I’m fortunate to work with a lot of women; there’s just a difference in energy—caring and nurturing—and the way we collaborate. It starts with the industry hearing us and knowing we’re here.

What came first for you: acting or directing?

I started doing both before I even knew I could push forward and make a life out of it. I was a child who, on one hand, brought every one of my family into the living room and put on plays for them. On the other hand, there was this program on Microsoft—this was pre-Apple era—and I would make a family video every time a birthday came around. Both things are storytelling, just with different energies.

Of course, you’ve directed so many music videos, including some landmark Drake ones. What have you learned from that?

The biggest thing is collaboration, which is what filmmaking is about. I couldn’t have done any of those videos, even from the conceptual phase, without Drake himself and executing it with a crew of incredible filmmakers. Collaboration is the best part.

How would you describe your style?

Interchangeable. It’s rooted in what I feel like in the morning when I wake up. I have this masculine aesthetic that makes me feel powerful, but I also like to put on a skirt and a cute top and walk in heels. I like to explore different brands and styles, it’s really just about how I feel.

When you’re back in Toronto, what are some of the spots you need to visit?

I eat a lot. I just love meeting with friends and family and going to spaces with a good environment that makes you feel inspired and where you can have good conversations. I like Grand Electric, Hanmoto and any hole-in-the-wall spots that spark creativity.