The actress gets to showcase a different side of herself in the new Canadian series, which starts streaming on June 17. 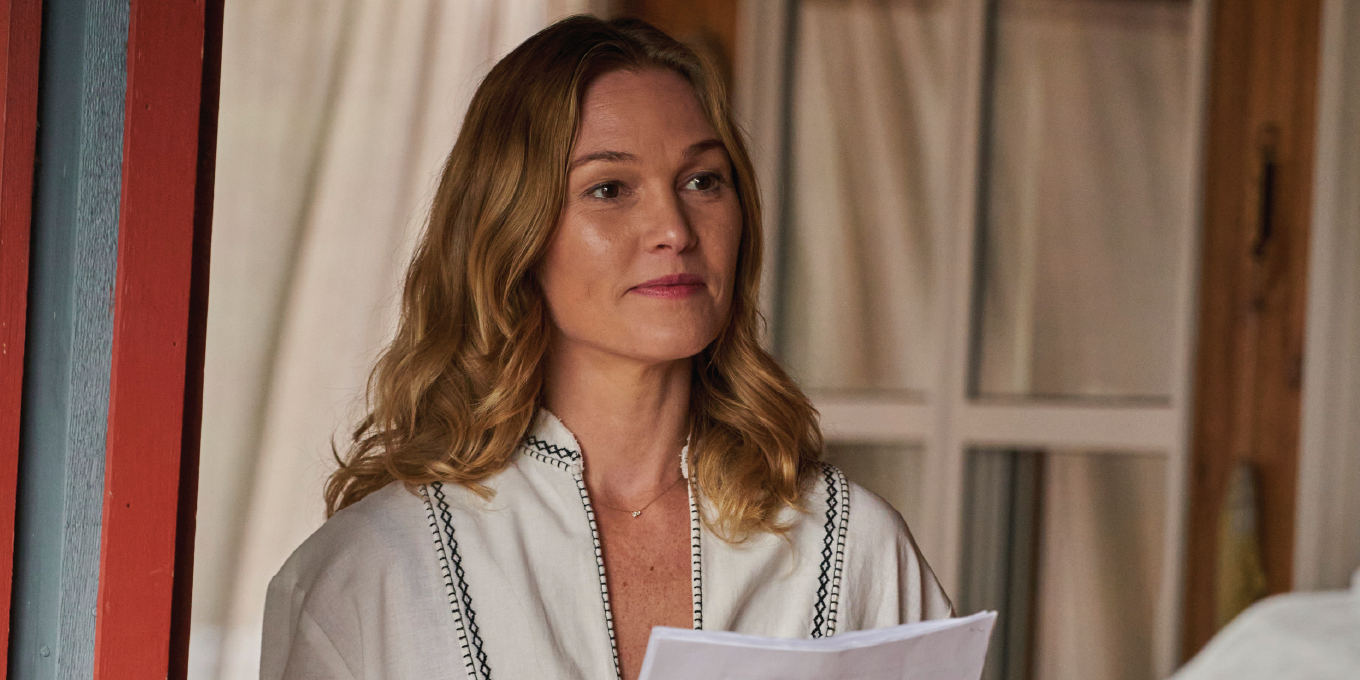 You know how, every once in a while, you go through one of those phases where the only genre you can possibly stomach watching is comedy? That’s where Julia Stiles is right now.

So when the script for The Lake—a sunny family comedy set in Ontario’s cottage country—came her way and actually made her laugh out loud while reading, she knew she wanted to be a part of it. “The writers have a really unique voice and I could imagine this being a fun show to watch,” the actor, who’s known for roles in the Bourne franchise and serial-killer drama Dexter. “Nobody really thinks of me in comedy that much, even though I have done a bit of it, and I was really eager to do something with this sense of humour. I had to show that I’m not only capable of doing drama.”

In The Lake, Prime Video’s first-ever original scripted Canadian series that debuts on June 17, Stiles puts her comedic chops front and centre in a deliciously unexpected way. The show kicks off when Justin (Orphan Black scene-stealer Jordan Gavaris) arrives back in the lake-front town after years living abroad, this time with his birth daughter Billie (All American’s Madison Shamoun), who was adopted, in tow. Justin’s plan is simple: make up for lost time with self-assured, city-loving Billie by showing her the perfect summer reminiscent of his happier moments from adolescence. Stiles plays Maisy-May, Justin’s picture-perfect, very Type A estranged step-sister who, unbeknownst to him, has inherited the beloved family cottage. When Justin discovers she has plans to tear the home down in renovations, the pair revert back to their old bickering ways and begin competing for ownership of the house.

Maisy-May is kind of like if Regina George grew up to be the resident girlboss on a Real Housewives series and had also been one of Cinderella’s evil step-sisters the entire time. She’s cunning and manipulative, intimidating and ruthless, yet unbelievably immature when it comes to her relationship with Justin. She’s the type of person you’d hate, totally impossible to root for, but you’d secretly want to impress her as well. For these summertime cottage-goers, this is the most important lake in the whole world, and Maisy-May is their queen bee. “It was so freaking fun to play this character—and I don’t know what that says about me because she is a reprehensible person,” Stiles says, laughing. “All of the traits that we hope get socialized out of a person are allowed to flourish within Maisy-May, and I got to embrace and embellish them. I guess it was cathartic.” 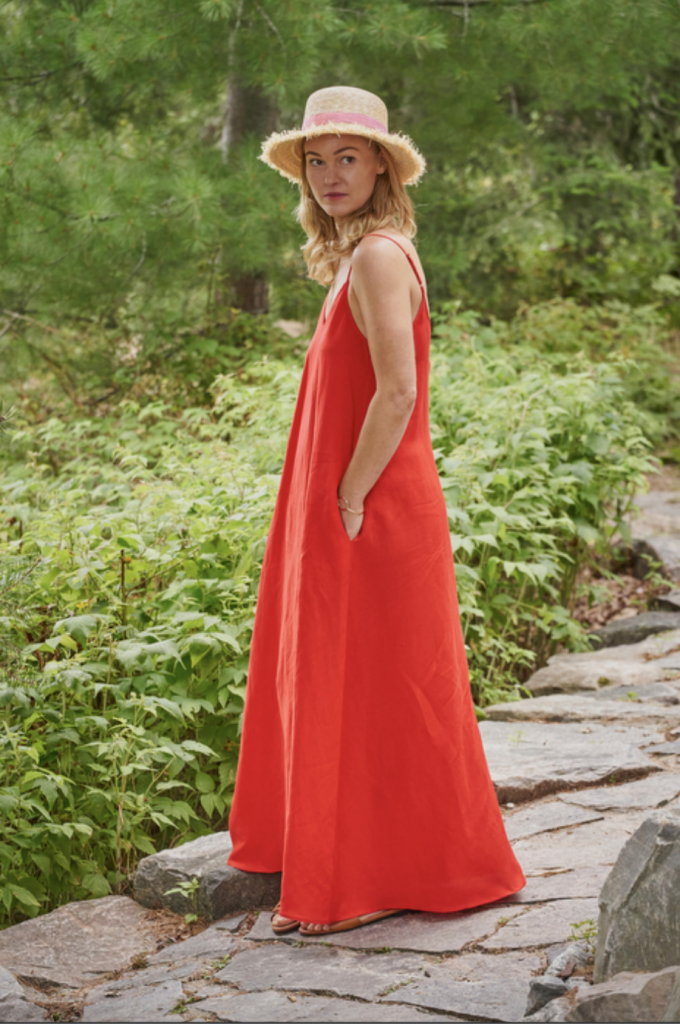 Stiles has been a steady on-screen presence for over two decades now. Her breakout came in the popular 1999 teen romcom 10 Things I Hate About You with the role of Kat Stratford—the proud, subversive young feminist who, depending on how old you were when you first watch the film, you probably wanted to be—followed soon by aspiring dancer Sara Johnson in Save the Last Dance. By the time she landed a role opposite Matt Damon in the Bourne series, she was doing more dramatic adult roles (Mona Lisa Smile, with Julia Roberts and Kirsten Dunst), but still made time for classic romcom fare (the fantastical The Prince & Me). More recently, she’s starred in Hustlers (as the journalist chasing the story of J.Lo’s crew) and as a globetrotting art dealer in British TV thriller Riviera.

In her 20s, Stiles says, if she saw that a job whisked her off to a cool place to work with cook people, she’d jump at it. Now, she’s a bit more thoughtful and deliberate with her decisions as a 41-year-old with two young children. The people are, of course, still important, but she also wants to keep learning and immerse herself in a positive environment. Signing on to The Lake was an obvious choice because she was immediately drawn to the authenticity and kindness (even if it doesn’t come from Maisy-May) in creator Julian Doucet’s voice. Plus, it was the chance to “be a little naughty” on set. To keep the energy up on set, Stiles would often improvise to make herself and the crew laugh—though she’s quick to add that most of that ended up being cut. It was different from anything she’s done, which was exactly the goal.

And different, new challenges are what Stiles will continue to strive for. She’s co-written a screenplay with the intention of making it her feature-film directorial debut—something she’s wanted to do for a long time, but wasn’t sure if it would happen until she happened upon Renée Carlino’s romance novel Wish You Were Here. There’s a lot of work still to be done on the film, about a young woman who is ghosted by the perfect date after a whirlwind night only to find that he’s terminally ill, but Stiles knows one thing for sure: She won’t be acting in it. “I don’t know how actors direct themselves—even though some people do it really well—it just seems like too much to do,” she says.

Instead, she’s eager to put both the creative and more practical skills she’s developed over her career (Stiles has previously directed shorts and TV episodes) to the test. “I absolutely love my job and all the opportunities that have come with it, but a lot of being an actor on camera is waiting for other people to finish what they’re doing and taking orders. Oftentimes, you’re fulfilling someone else’s vision,” Stiles says. “I’m ready to explore and focus on more than memorizing lines and performing. I want to be on the other side of that—respectfully.”

The Lake premieres on Prime Video on June 17.

Read more:
Indira Varma Is Out of This World
Actress Mouna Traoré Is Making a Name for Herself
Sophie Thatcher Is Just Getting Started