Are we done with intensely binging television series in one sitting? And, more importantly, do we want to be? 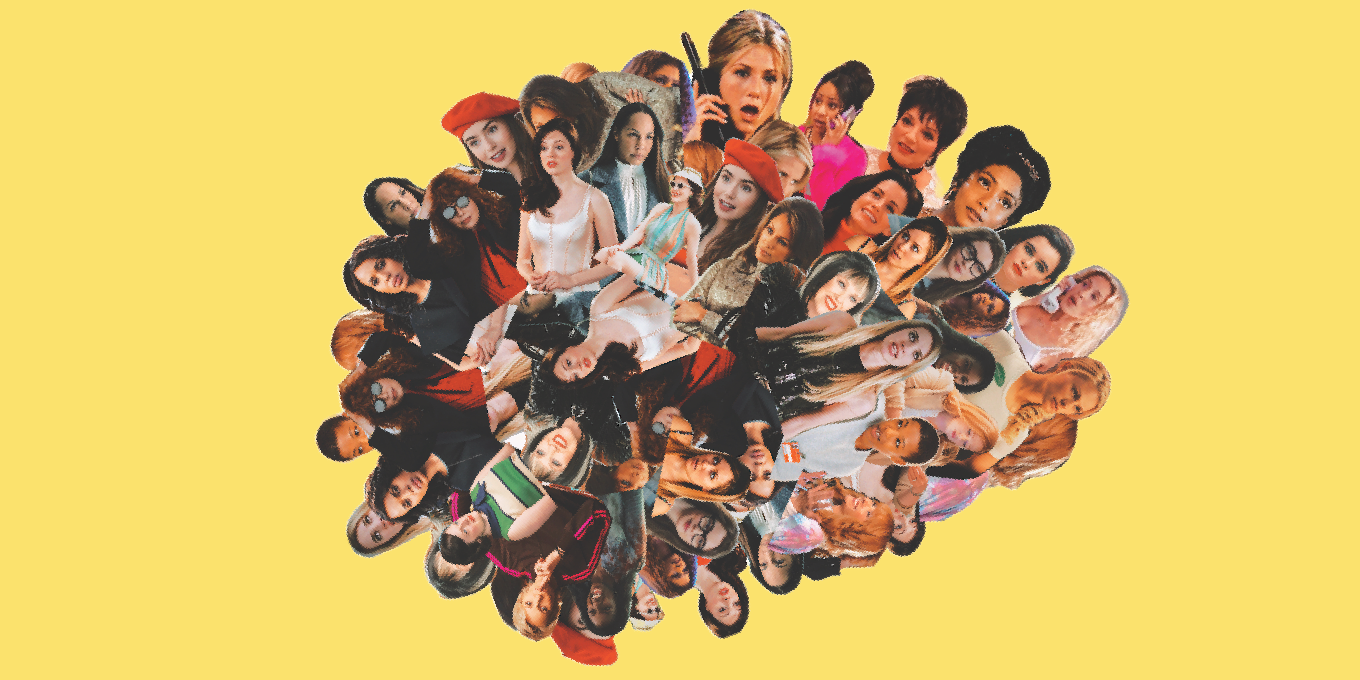 If you were to ask me what the last show I loved enough that I’d count it among my absolute all-time favourites was, I’d have two answers for you: Succession, HBO’s prestige drama about the catty rich family behind one of the world’s biggest media conglomerates, and New Girl, the oddball Zooey Deschanel sitcom that ran from 2011 to 2018. On the surface, this may not seem all that unusual. But I’m that friend—the one who watches (almost) everything and always has a recommendation for others when they’re at a loss. If it’s on TV, I’ve got an opinion about it. Add in the fact that there are now more shows than ever before—according to FX network exec John Landgraf, a whopping 559 original scripted series aired last year, up 5 percent from 2019—and you may see why the fact that my personal canon hasn’t grown more gives me pause.

Obviously, not every show needs to make it to my top 10 list—favourites are favourites for a reason. But the bigger problem, I’ve realized, is simple: Binge-watching exhausts me. I am tired of crashing on my couch, greedily consuming anywhere between six-and 13-episode seasons in a sitting before moving on to the next new thing. Rinse and repeat. After years of my doing this habitually, all those shows I’ve watched—many of which I really, really liked—have blurred together. Please do not ask me what happened in the last season of Jason Bateman-led crime drama Ozark because I could not tell you. (And I promise you that I watched every minute.)

And what do New Girl and Succession have in common? They aired on a weekly basis. As did many of the most-talked-about shows of the past year or so—Euphoria, Mare of Easttown, Ted Lasso and the Sex and the City sequel series And Just Like That…, to name a few. Generally, when I’m forced to spread out my viewing of a show, I enjoy it more. Even if it’s a story I don’t love, it sticks with me much longer. And, based on the newer series that have made more of an impact, it seems I’m not alone.

“The idea of binge burnout makes a lot of sense—especially during the pandemic, when people watched a lot of things,” says Myles McNutt, a Canadian TV critic and associate professor in the department of communication and theatre arts at Virginia’s Old Dominion University in the U.S. “Binging is, oftentimes, more of a solitary activity. Weekly drops feel more social because there’s more of a conversation that builds up, creating a sense of anticipation.”

McNutt, who recently launched “Episodic Medium,” a Substack newsletter dedicated to episodic TV criticism, can clearly remember when our viewing habits started to shift. Binge-watching is, in reality, nothing new. People used to get box sets of their favourite shows and watch hour after hour. But then Netflix entered the picture in 2012 with its first exclusive streaming series, Lilyhammer, a Norwegian-American crime dramedy that was released globally all at once. It was summer 2013 when the service debuted its third original series, Orange Is the New Black, and McNutt had to have a conversation with his then editor at pop-culture site The A.V. Club about how they would cover it as it was something entirely new for television media. (He ended up reviewing two episodes a week.) It wasn’t long before, as McNutt puts it, “binge-watching became the default” way we watch TV. 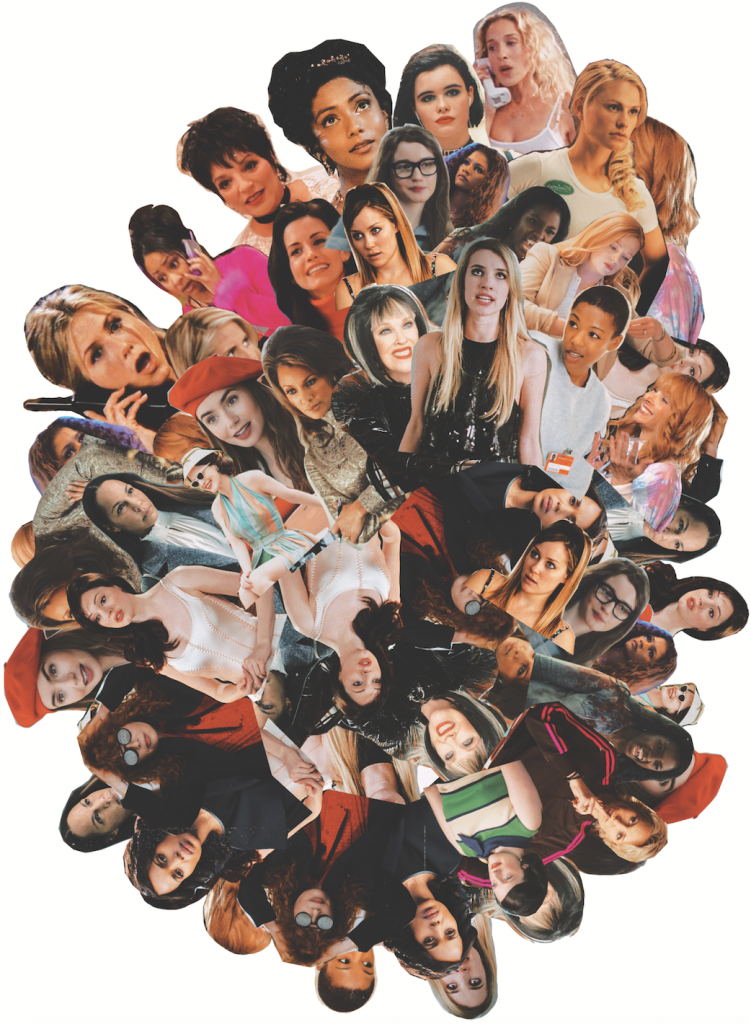 Until recently, that is. When Disney+ launched in November 2019, it did so with the premiere of The Mandalorian, the highly anticipated Star Wars series that gave us “Baby Yoda.” That show released new episodes weekly, as have subsequent Disney+ shows, including its many Marvel series. When HBO Max launched stateside in 2020, it followed more of a hybrid model with its shows (many of which are available on Crave in Canada)—like the critically acclaimed Station Eleven, the Mindy Kaling-backed The Sex Lives of College Girls and the Emmy-winning Hacks—dropping one, two or sometimes three episodes every week instead of the whole season at once. Prime Video, which also started producing its own original programming back in 2013, has become more flexible about its scheduling; for the fourth season of its binge hit The Marvelous Mrs. Maisel, for example, the service released two episodes per week. Even Netflix, the godfather of all things binge, has loosened its stanc slightly, straying from the all-at-once model for recent reality hits like Love Is Blind.

As McNutt points out, this is just smart business sense for streamers. If you wanted to follow along with each of Baby Yoda’s adventures, you couldn’t do that on a free trial alone. And the longer a popular show runs, the longer subscribers stick around. But it’s more than that. “As a viewer, I really enjoy this [hybrid approach],” says The Ringer culture and TV writer Alison Herman, who has reported extensively on streaming models for the site. “It draws shows out, makes it feel like they’re around a little longer and makes watching them more manageable, and you can really immerse yourself in them.”

More often than not, shows released to be binged feel like a flash in the pan with very little staying power. For every Stranger Things, there’s a Pieces of Her—an ambling Netflix thriller starring Toni Collette that you probably haven’t heard of. In fact, a recent report from Bloomberg revealed that the typical Netflix “hit” disappears from its Top 10 in two weeks or less, brushed aside for whatever the algorithm puts forth next.

That’s not the case with shows that are dropped weekly, which is exactly why I fell in love with a show like New Girl. Every week, I sat down to hang out with these goofy roommates, who began to feel like my own friends. I watched them grow and evolve in what felt like real time—as I did simultaneously—and kept thinking about, say, the will-they-won’t-they flirtation between Deschanel’s Jess Day and Jake Johnson’s Nick Miller long after the credits rolled. The same is true of Succession (months later, I’m still referencing season-three moments in conversation) and other shows—like Gilmore Girls and Friday Night Lights—that I hold closest to my heart.

That’s not to say all weekly shows are better or that binge-watching is bad and all-at-once drops can’t produce certifiable hits. I, too, was left breathless by the exhilarating Korean survival drama Squid Game and couldn’t look away from Anya Taylor-Joy and her giant eyes in The Queen’s Gambit. “Creators have learned how to make shows that work for the binge-watching model and create this feeling that makes you want to keep going to see what happens. It doesn’t entirely distract from the show, but it delivers a new experience in a way that a weekly watch might not,” says Herman. “TV is an inherently intimate  medium, and you can still get a very intense connection to something you spend six uninterrupted hours with. It depends on the person, and it depends on the show.”

The good news, for both the medium and the binge-weary like me, is that it seems like this hybrid, case-by-case approach is here to stay. Binging is no longer the default, and it doesn’t have to be. “I don’t think we’re ever putting the toothpaste back in the tube—binge-watching is built into the design of these streaming platforms, and it’s always going to have its uses,” says Herman. “All of these hybrid models are going to exist in tandem, which is incredibly confusing and overwhelming. But, for the viewer, it’s also exciting to have all these options, and that’s a good metaphor for how TV feels right now.”

Read more:
The Summer I Turned Pretty Is the Summer Rom-Com to Swoon Over
Julia Stiles Becomes the Queen of Cottage Country in The Lake
Indira Varma Is Out of This World