The British actor is taking over the galaxy with her leading role in the Star Wars series Obi-Wan Kenobi. 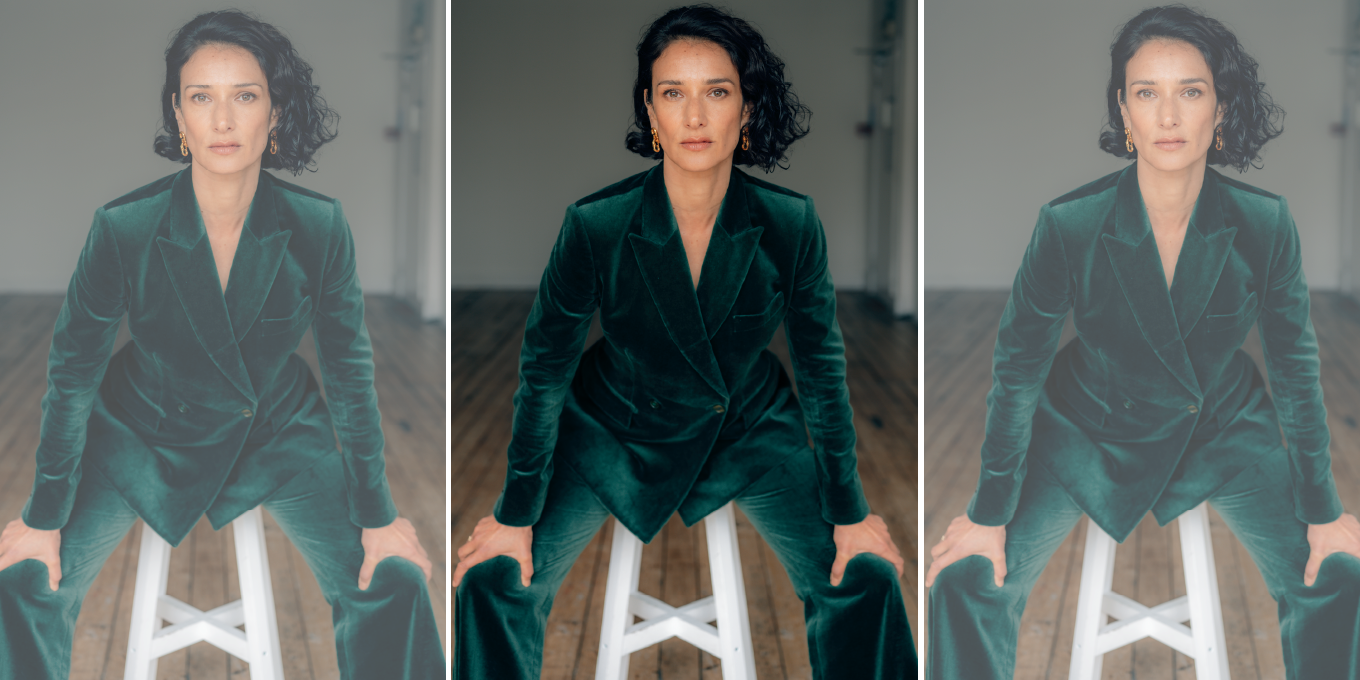 I was first introduced to Indira Varma through Game of Thrones, in which she played Ellaria Sand for four seasons. I’ll save you the GOT super-fandom character details (they’re sexy/complicated), but I will say that she was totally ruthless and delightfully wicked to watch. Though playing that part made Varma more recognizable on this side of the pond, the talented Brit has had a tremendously varied and lauded career on the other—both before and after all those battles and dragons. Some of her roles have seen her work alongside Idris Elba in Luther, Benedict Cumberbatch in Patrick Melrose and Orlando Bloom in Carnival Row. She recently starred in the ABC series For Life as well as the award-winning British dramedy This Way Up. Then there’s her prolific theatre career—she was the first person of Indian descent to win an Olivier Award (a prestigious theatre award in the U.K.) for Best Actress in a Supporting Role.

Having already jumped seamlessly from screen to stage and back, the 48-year-old is now taking things to the next level (read “the universe”). Varma has joined Ewan McGregor, Kumail Nanjiani and Hayden Christensen in the latest Star Wars offshoot, miniseries Obi-Wan Kenobi (premiering May 25), which follows in the wildly popular footsteps of other recent Disney+ Star Wars productions, The Mandalorian and The Book of Boba Fett.

“I’m not a massive Star Wars fan,” Varma admits over Zoom from her home in North London. “I didn’t come to [Obi-Wan] going ‘I want to be in it because I’ve always dreamt of this,’ but it has been part of my entire life—that’s what I find so extraordinary. Star Wars is part of the past nearly 50 years. And in that respect, it’s so exciting to be part of something where I have references that go back to when I was a child.”

Varma recalls playing Princess Leia as a little girl in the schoolyard before she’d ever watched the original trilogy. But as she grew up, what appealed to her were all the other characters throughout the expansive worlds. “I loved the fact that it was all these humanoids and droids, these weird creatures, this happy mess of characters co-living on these planets,” says Varma. When the opportunity for Obi-Wan came up, Varma turned to her old friend and former GOT co-star Pedro Pascal— who also happens to play the Mandalorian—and asked him about his experience acting in such a historic franchise. After getting his endorsement, she learned that Deborah Chow was directing and executive-producing (Chow also directed episodes of The Mandalorian), and she was sold. Varma is one of Chow’s biggest champions, and she likens the accomplished Canadian director’s collaborative on-set atmosphere to that of an independent movie rather than a major production. She also credits her famous co-star—and Star Wars vet—McGregor for making the whole experience a dream. 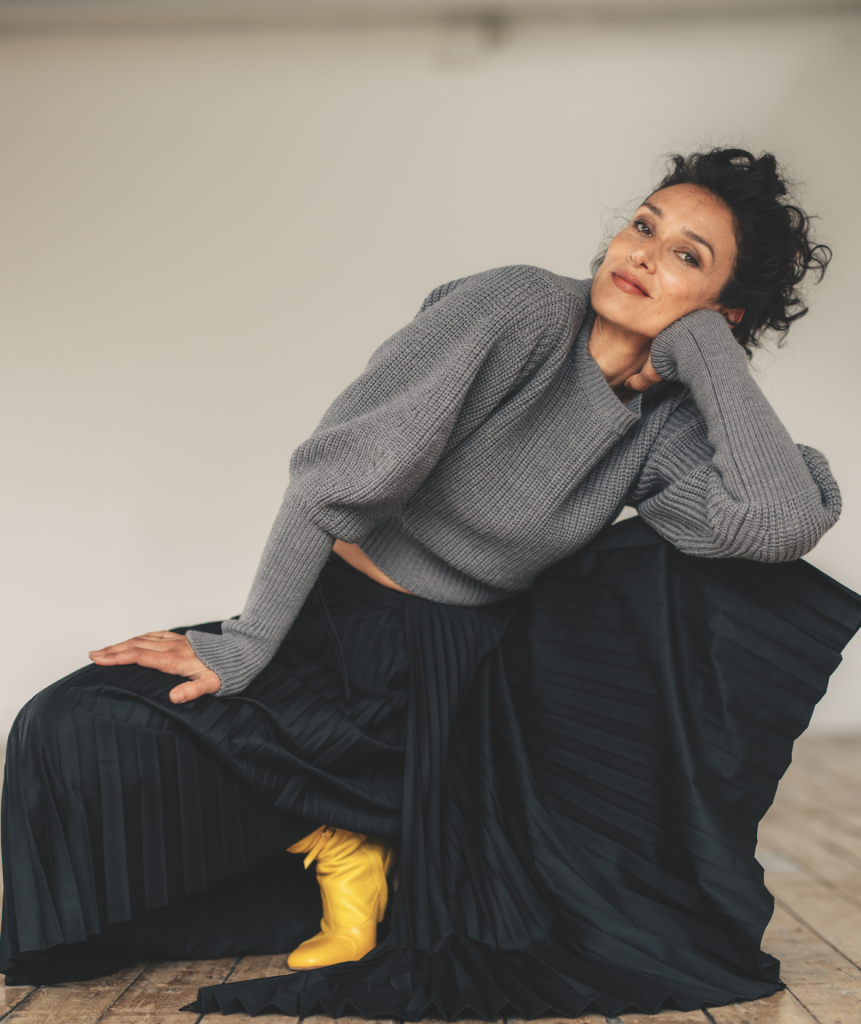 “I had heard that [McGregor] is a diamond, and he really is,” she says. “It was so much fun, and I think a lot of that was Ewan, the way he leads from the front, and Deborah. They are just normal people—there’s no starry bullshit. It was just great.”

Varma was also attracted to the story itself (which, in true Star Wars form, is being kept under strict lock and key) and how it was being told. “This series [had] so much of that dry, droll wit I felt like the early Star Wars [movies] had—and some of that slapstick as well,” she says. “The relationships between the droids and the humans are often very real, and I feel like the women are given tons of agency. It’s come a very long way, and I really wanted to be a part of that.”

The actor, who grew up in England with her Swiss-Italian mother and Indian father, was exposed to the arts—classical music, dance, mime, performance art and physical theatre—at an early age. “English was neither of my parents’ first language— it was not even their second language necessarily—and so the way they communicated was sometimes very expressive in different ways, [which] opened me up to lots of different kinds of art,” she explains. “I love that notion of being able to communicate emotions, stories—all these different things that human beings all experience—but to everyone. [This way of communicating] is not exclusive; it is inclusive.”

However, after Varma graduated from London’s renowned Royal Academy of Dramatic Art, that inclusive world suddenly felt very small as the reality of the importance of physical appearance in the industry and the fact that you had to conform to certain stereotypes began to sink in. “Whether it was [according to] race, gender, class or age, there were all these little compartments that we were squashed into,” she says. “I feel like the industry is changing now, but I also feel like because I am older and I have a load of work behind me that is very diverse, I’ve been allowed to stretch my tentacles out a little bit.”

This diverse work began with theatre roles, and the stage has remained a special place for Varma; she has revisited it throughout her career. “More and more, I feel like I love theatre, because that’s where I got my first opportunities outside of being pigeonholed as an Indian actress—it’s less about what you look like,” she says. This summer, Varma is getting ready to take on Anton Chekhov’s The Seagull in London’s West End as one of the lead characters, Irina Arkadina. “Every actor just loves doing Chekhov because it’s all about the subtext, emotion and relationships and it’s bloody funny,” says Varma. “But Arkadina is one of the great female roles. It’s not fair to say she’s a monster, but she’s fucking wild.”

Always with various projects on the go, Varma admits that she gets tremendous satisfaction from working across different mediums—something that has served her well during the pandemic. Beyond television, theatre, voice work and audiobooks, she recently wrapped filming opposite Edward Norton in Apple TV+’s Extrapolations, an anthology drama series about climate change, and she will be appearing in the upcoming Tom Cruise-led blockbuster Mission: Impossible 7 as well as a new Netflix limited series, Damage, a contemporary three-part adaptation of the 1991 erotic thriller by late author Josephine Hart. For now, though, she’s enjoying a rare quiet moment where she can spend time with her family, catch up on Pilates classes and go for cool dips in the public ponds of Hampstead Heath (“Apparently it’s going to make me live forever”). She has also been seizing the opportunity to simply take in the world around her and do things like go to the theatre—one of her passions and something she missed greatly over the past two years. “It’s incredible to be able to go see something live now rather than just watch it on a screen,” she says. “I find it very moving to see people up there on a stage, being afraid and telling a story. I just love that.”

Read more:
Actress Mouna Traoré Is Making a Name for Herself
Laci Mosley on iCarly, Representation, and Overcoming Adversity
Cynthia Erivo’s Newest Role in Roar Is for Modern Women