If there's any time for animal content, it's now. 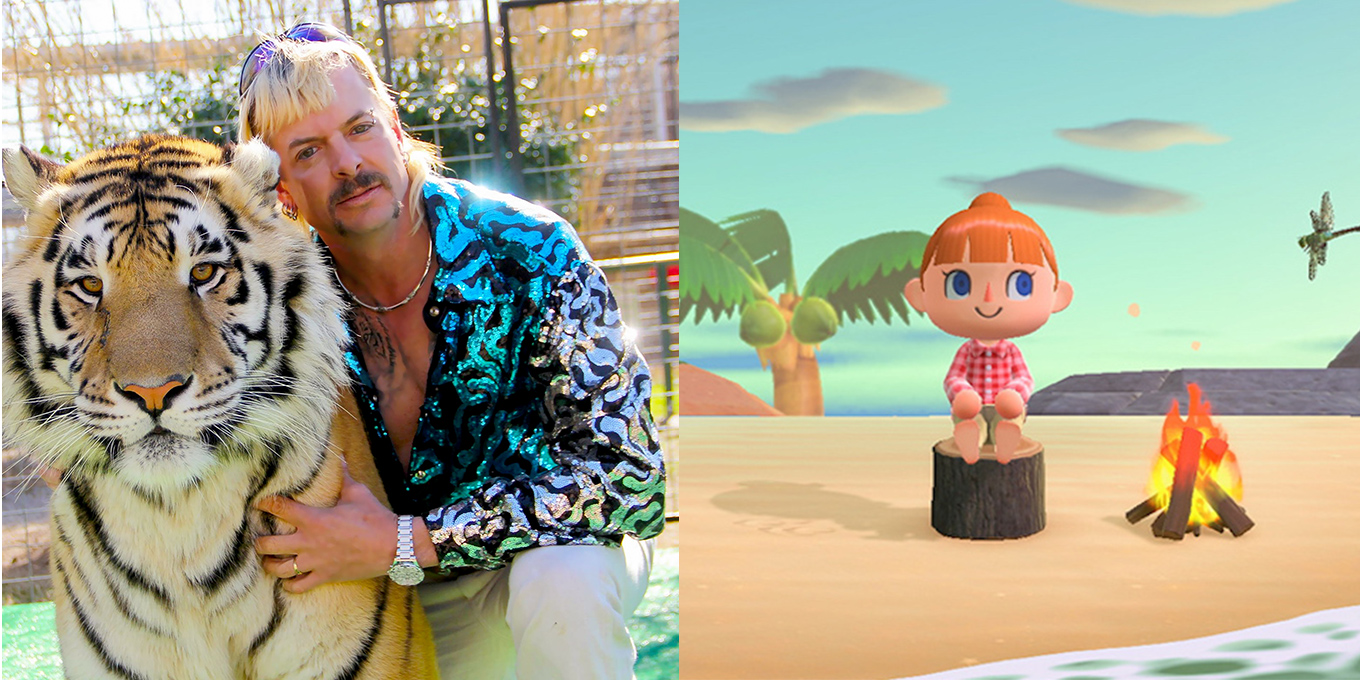 If you’re anything like us, you’ve been watching cute/hilarious animal videos to relieve stress long before we all holed up in our homes to flatten the curve of COVID-19. And while it’s not exactly news that the internet loves pet content, our obsession with all things animal-related has reached new heights as we all figure out how best to cope with the stress induced by a pandemic.

It started, delightfully, with penguins. Left with no choice but to close its doors to the public, Chicago’s Shedd Aquarium let some of its penguins explore the site. Their video of rockhopper penguin “meeting” some fish quickly went viral, because duh.

Penguins in the Amazon?! 🐧🌴

Some of the penguins went on a field trip to meet other animals at Shedd. Wellington seemed most interested in the fishes in Amazon Rising! The black-barred silver dollars also seemed interested in their unusual visitor. pic.twitter.com/KgYWsp5VQD

It turns out, as Polygon reports, that penguin tours are a common occurrence at the aquarium – they just usually happen with slightly more people around – and they’re closely monitored to make sure they’re kept safe as they roam.

Yes, these videos are adorable, but they’re also transportive. It’s not often that we get to see creatures outside of their typical setting, blissfully unaware of what’s going on in the world, doing things that, for the time being, we’re unable to do.

Including embark on a romantic date night, apparently.

The adventure continues! 🐧🐧
This morning, Edward and Annie explored Shedd’s rotunda. They are a bonded pair of rockhopper penguins, which means they are together for nesting season. Springtime is nesting season for penguins at Shedd, and this year is no different! (1/3) 👇 pic.twitter.com/VdxN3oQAfe

The Return of Animal Crossing

To the joy of millennial gamers everywhere, Nintendo dropped Animal Crossing: New Horizons last week. It’s the fifth game in the best-selling series and the first since 2012, so it truly could not have come at a better time. The social simulation game asks users to assume the identity of a villager living amongst animals on an island. It’s an escapist’s dream: you can build your dream home, run errands, visit friends – anything to distract you from your IRL reality. Even if you’re not typically a gamer, let the reviewers persuade you: after all, they’ve called it “the best cure for stress,” and “the game for this time of coronavirus.” Even Nintendo ambassador Brie Larson is getting in on the fun.

It’s true: Netflix is always there for us in the darkest of times. It seems like everyone who wasn’t playing Animal Crossing this weekend instead spent it binge-watching the streaming service’s latest true-crime docuseries, Tiger King. The show is, in a word, wild. The seven-episode series delves into the world of big cat owners, specifically following Joseph Maldanado-Passage, a.k.a. “Joe Exotic.” He is, as he refers to himself, “a gay, gun-toting cowboy with a mullet,” (which certainly paints a picture) who operated a zoo in Oklahoma before he was sentenced to prison for planning a murder-for-hire plot against his nemesis, Carole Baskin, who runs a cat rescue in Florida. We’d tell you more, but, honestly, you have to see it to believe it.

Being in Isolation Is Not Grounds for Giving Yourself Bangs

What Celebrities Have Been Doing in Self-Isolation