Here’s What Went Down at the 2019 SAG Awards 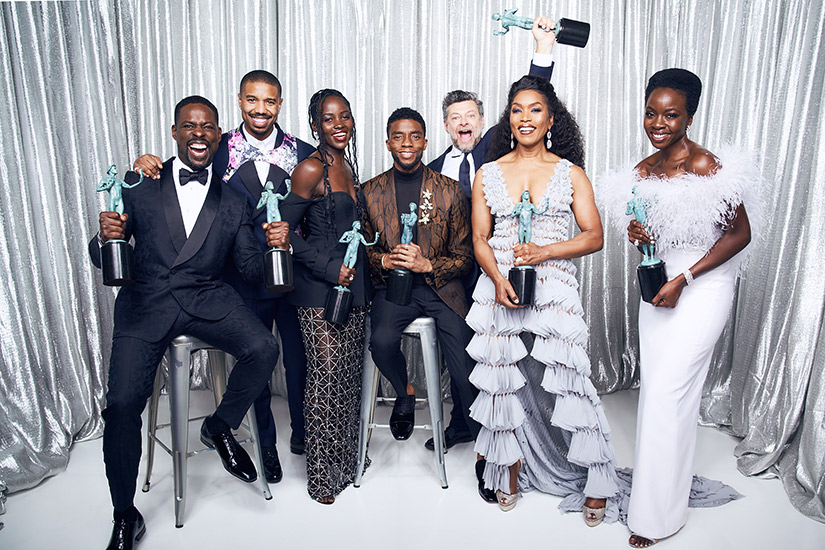 Other film honourees include Glenn Close for best actress in The Wife, Rami Malek for best actor for his turn as Freddie Mercury in Bohemian Rhapsody, while Emily Blunt and Mahershala Ali both received supporting actor trophies (for horror movie A Quiet Place and dramedy Green Book, respectively).

On the TV side, This Is Us and The Marvelous Mrs. Maisel each won the ensemble prizes in their drama and comedy categories. Maisel, in fact, swept the TV comedy section of the awards, with both Rachel Brosnahan and Tony Shalhoub being recognized for their performances.

Canadian Sandra Oh also won best drama actress for Killing Eve, making history in the process. She’s reportedly just the second person to win in the category for two different shows (Oh previously won for Grey’s Anatomy; the other is Julianna Margulies, who won for both ER and The Good Wife). During her speech, she thanked actors who have helped her throughout her career. “I want to thank Alfre Woodard. In 1997—she’s never going to remember this—she whispers in my ear, ‘I’m so proud of you up there. We fight the same fight,’” Oh said. “Jamie Foxx, in 2006, pulled me aside and said, ‘Keep going.’ And in 2017, Lena Waithe, she just embraced me and said, ‘You already won. It’s in the work.’ So thank you to my fellow actors. Thank you so much.”

You can read the full list of winners here.