Hailee Steinfeld Is Reinventing the Costume Drama for Millennials

This isn't your grandma's Dickinson. 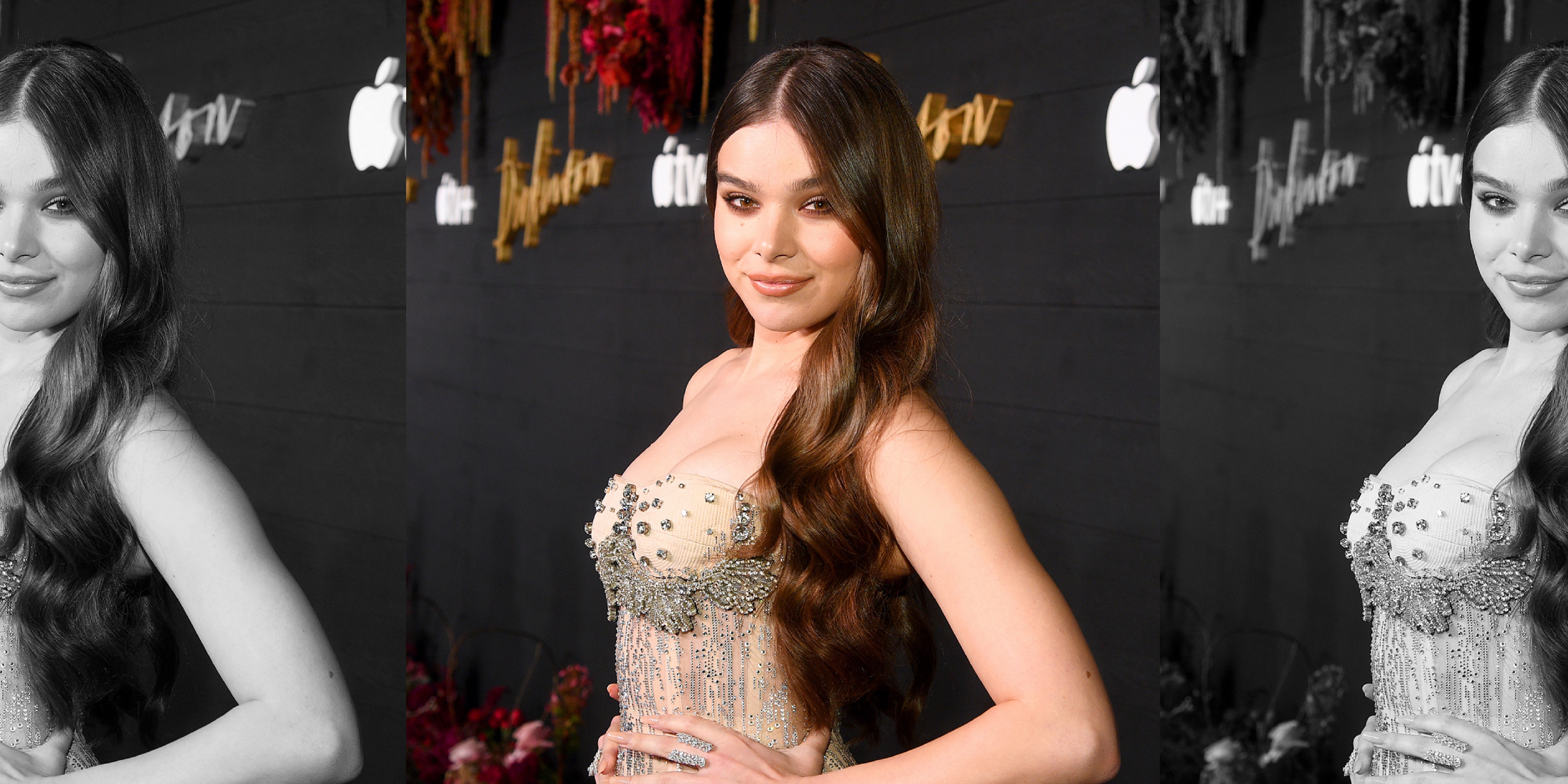 “This is such bullshit.”

That’s one of the very first things Hailee Steinfeld says in Dickinson, the new Apple TV+ comedy series that tells the 19th-century coming-of-age story of iconic poet Emily Dickinson. In the moment, it’s funny and relatable (Steinfeld’s Emily says it in response to being told her brother can’t do a chore because “he’s a boy”), but it also serves as a clear indicator that this isn’t going to be your typical period piece, say à la Downton Abbey.

And it definitely isn’t. The Dickinson creative team, in fact, have taken to aptly describing it as “psychedelic.” The first episode alone – which drops, along with the entire first season, on November 1 when Apple launches its new streaming service – features Emily eschewing gender norms in 21st century English, a contemporary soundtrack that includes Billie Eilish and rapper Wiz Khalifa playing the embodiment of Death.

“I loved how different [Dickinson] was to anything I’d ever really come across. It’s a period piece, but it feels modern in the best ways possible. It never feels like it’s trying too hard, it just effortlessly has these themes that are so shockingly relevant to today,” Steinfeld tells us during a press day for the series in New York City. “The idea of it was so exciting to me. To get to play this literary figure who is so wildly loved and appreciated felt like an opportunity I couldn’t pass up.”

Dickinson is more concerned about capturing the spirit of the writer than telling a straight biopic. Though it, of course, uses factual info throughout, the series uses her poems as a starting point. From there, Steinfeld says they were free to “run wild,” applying their own modern lens to what Dickinson may have been experiencing at the time. This ethos gives the show freedom to explore sexism, sexual fluidity and family drama in a way that feels authentic to 2019. “Emily fought against every physical, mental and emotional constraint there was. She was all about breaking the rules and boundaries, pushing down walls and being herself unapologetically,” Steinfeld says. “And to make this show, we had to have that same approach.”

The hope, the 22-year-old Oscar nominee adds, is that Dickinson breaks down the stigma that younger audiences – a.k.a. Steinfeld’s fanbase – views period pieces with. The literal situations may be of a certain bygone era, but every emotion the characters react with is universally human.

For Steinfeld, Dickinson brings a lot of firsts. It’s her first time starring in a TV series, which required some adjusting on her part. After years of working on movie sets, one of the most difficult things, she says, was getting used to working and developing her character with a new director every few episodes. The show also marks the first time Steinfeld is credited as an executive producer on a project. “I’ve always wanted to produce, and I wanted that first project to be something that I really believed in and something that was particularly special,” she says. “And Dickinson was the one.”

Though it was her first time producing, Steinfeld says she felt ready to take the extra responsibility on now. She points to her long career – having broken out at just 14 years old in True Grit, it’s been an impressive decade for the multi-hyphenate – and to Dickinson‘s supportive creative team, who helped her feel empowered to speak up and make decisions.

meet my legally recognized @dickinson siblings. I love them so much. not pictured but also cherished mom and dad #janekrakowski @tobyhuss and most of all @internetalena ?

“It’s true,” adds Adrian Blake Enscoe, who plays Emily’s older brother Adrian. “I looked up to Hailee a lot when we were making the show. It was really cool to watch her call the shots.”

The plan for Steinfeld is to keep producing – whether its projects she’s starring in or not – and taking more creative control over her career. But first? It’s time to introduce Dickinson to the world.

And how does one prepare to take on the role of one of the most renowned poets in American history? “Meditate,” Steinfeld tells us, laughing. “There’s a sense of danger and rebellion that comes with this show. It’s truly unexpected. It’s going to be great.”