Gigi Gorgeous is changing the world one doc at a time 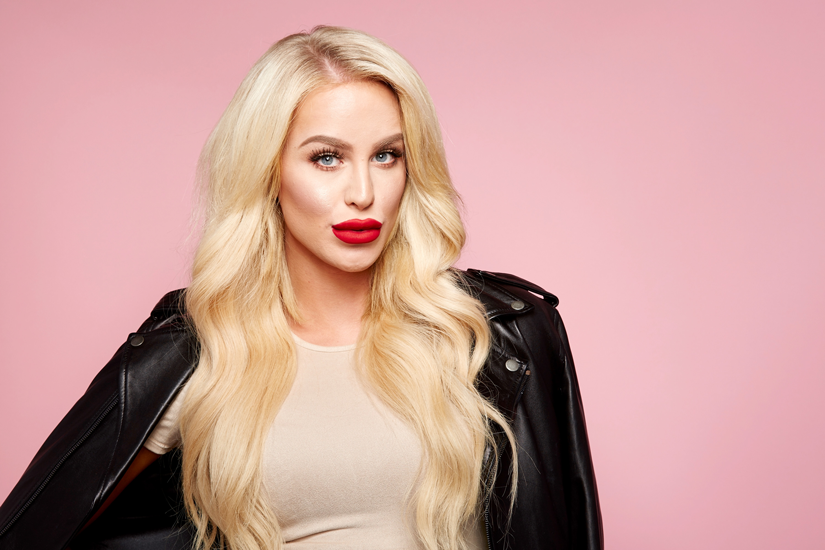 Gigi Gorgeous and I are having a moment, a very Canadian moment. While chatting over the phone from Los Angeles, I learned that we share the same Tim Hortons order. “Everything toasted bagel with light cream cheese, add a tomato. And an Iced Capp,” laughs the Toronto native.

We’re talking Canada because the transgender YouTube star – who was born Gregory Lazzarato and became famous for her online makeup tutorials and sharing her transition online – is returning to the city to speak at the Hot Docs Curious Minds Weekend. Gigi will be discussing her much-lauded documentary, This Is Everything: Gigi Gorgeous. (It’s directed by Oscar-winner Barbara Kopple, who will also be on the panel, and premiered at Sundance.)

Welcome home! Tell us about your documentary. I had been filming for years during my transition, from the very beginning, and I really never planned on showing any of the footage. But when I finished transitioning, I just had all of the footage and I was like if we’re going to do a documentary, we have to do it right and we have to bring on someone who’s going to execute this vision to the capacity that I think is possible. When Barbara Kopple was open – she had just finished a film  – I was so in and we just went really full on.

What was it like seeing it for the first time? It was an out-of-body experience. The first time that I watched it, I don’t even think that I really watched it. I think I was just in shock because it was a lot of my footage…but it was also baby footage of me, so I was just living it like it wasn’t even me.

Your transition was very public. Did that make it easier or harder? It definitely didn’t make it easier. It helped a lot having all the online support and love and love coming in from other people. But at the end of the day I had to be a role model and give advice, sometimes when I didn’t even know what to do or say. I’m still growing up; I’m still changing to this day, so going through a huge change online, it was very, very difficult but I just tried to keep myself as open and honest and real as I possibly could and I really think that that comes across in the film. It’s a side of me that I never showed. It’s my family. We talk about my mother [who passed away from cancer in 2012.]. There’s also my dad’s wedding and my surgeries and all that. I think people are definitely going to get something from this, even if they don’t know how I am. I think it’s just a love story between a family.

Your family was so supportive of you. What would you say to those who maybe don’t have the same support? Find a family, whether it’s online or at school if there’s a club, a forum, anywhere where you share the same views as others. I think that it’s really important to be surrounded by people who lift you up and who support you. Parents ask me all the time, “what should I say I or do for my transgender son? He just came out.” I always say to use the right name that they want to be called because that’s their true identity and it really does help a lot. And in the film you’ll see that that’s a huge struggle my dad and I had, and I think it would have made it a lot easier.

Why did you choose the name Gigi? It was actually a nickname that my friends in high school were calling me already, so it kind of just fit. It resonated with me, so I decided to make it legal.

You live in L.A. What’s the vibe like in the states these days with the current political climate? I feel like Los Angeles is kind of this very accepting bubble—if I can call it that. I have always had my mind set on work and I kind of made a creative space for myself online and then it took me to Los Angeles and New York and Miami. I think everywhere I was flying to was very accepting. With the times that we’re seeing right now, of course my community is scared and we’re justified in being scared. But at the end of the day, I think if we stick together and we just really stick to the term “love trumps hate,” we can rise above anything.

Congratulations on your new gig with Revlon. What are some of your favourite beauty products?  I love a good hydrated lip. I think with the whole matte lip trend can do damage to your lips if you are wearing them every single day. It’s very drying. So I love the Revlon Kiss balm. I’m obsessed, I always have one in my purse. And I can’t do my foundation without a Beauty Blender. I’ve tried and it’s just not the same.

Watch the trailer for This is Everything: Gigi Gorgeous below.