Meet some of the talented women who create the costumes that bring cinematic characters to life, one stitch at a time. 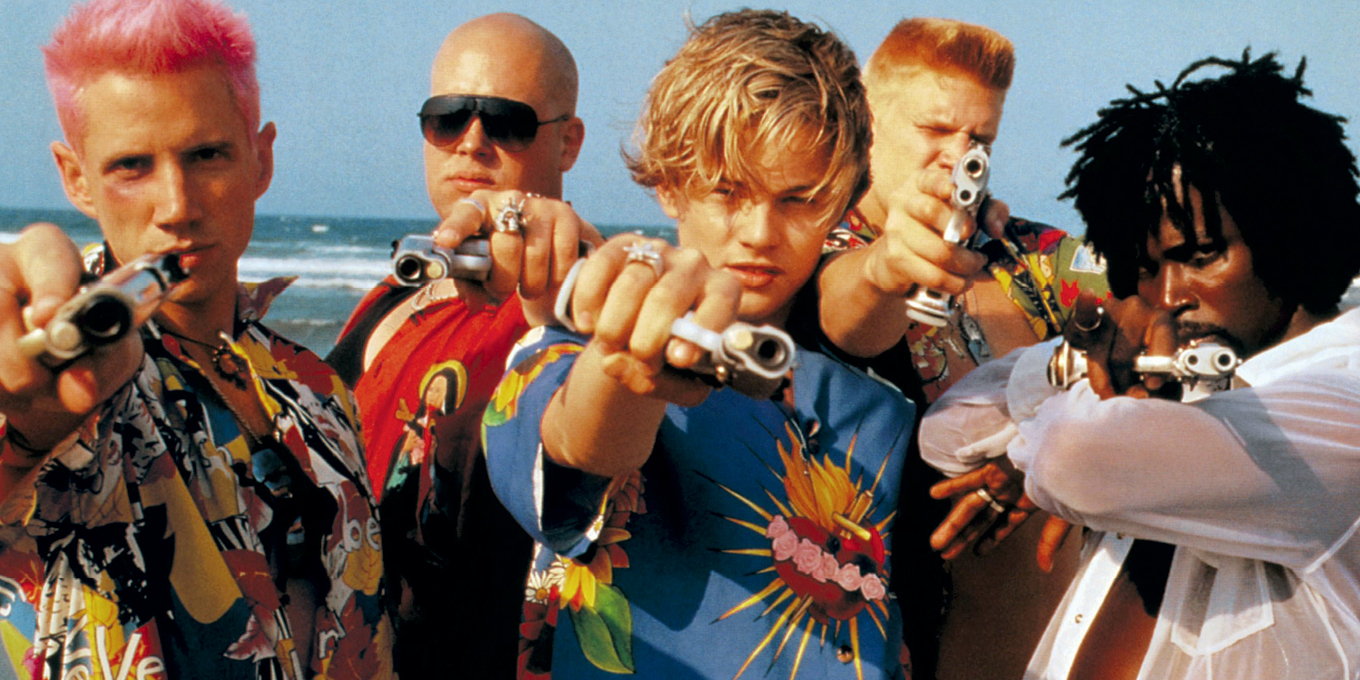 Some costumes are forgotten as soon as the credits roll, but then there are some that make a lasting impression. They have that unique ability to break free from the screen and live on in our collective memory and in cinematic history. Take Marilyn Monroe’s white dress in The Seven Year Itch, flying up over a subway grate to reveal the star’s gams, or Ursula Andress’ bikini in Dr. No, which caused sales of the scandalous swimsuit to skyrocket after the film was released in 1962. More recently, there were Zendaya’s two striking looks in Malcolm & Marie and the yellow Hawaiian shirt Brad Pitt donned in Quentin Tarantino’s Once Upon a Time…in Hollywood—a throwback to one worn 23 years earlier by Leonardo DiCaprio in Romeo + Juliet.

The modern adaptation of Shakespeare’s famous play was director Baz Luhrmann’s second film, and it made waves when it was released in 1996. Viewers applauded its hyper-stylized “Verona Beach” and the performances by two relative unknowns: DiCaprio, as Romeo, and Claire Danes, as the innocent Juliet. But audiences also fawned over the striking costumes, which were the skilled handiwork of Kym Barrett. The Australian costume designer conceptualized the wardrobes of the two rival clans down to the smallest details. The Montagues favoured colourful, flashy clothing, while the Capulets dressed solely in red and black; the Montagues preferred buttons, whereas the Capulets sported zippers. The star-crossed lovers, however, stood out from their families thanks in part to Barrett, whose vision helped bring the couple to life, infusing them with depth and nuance, piece by piece. 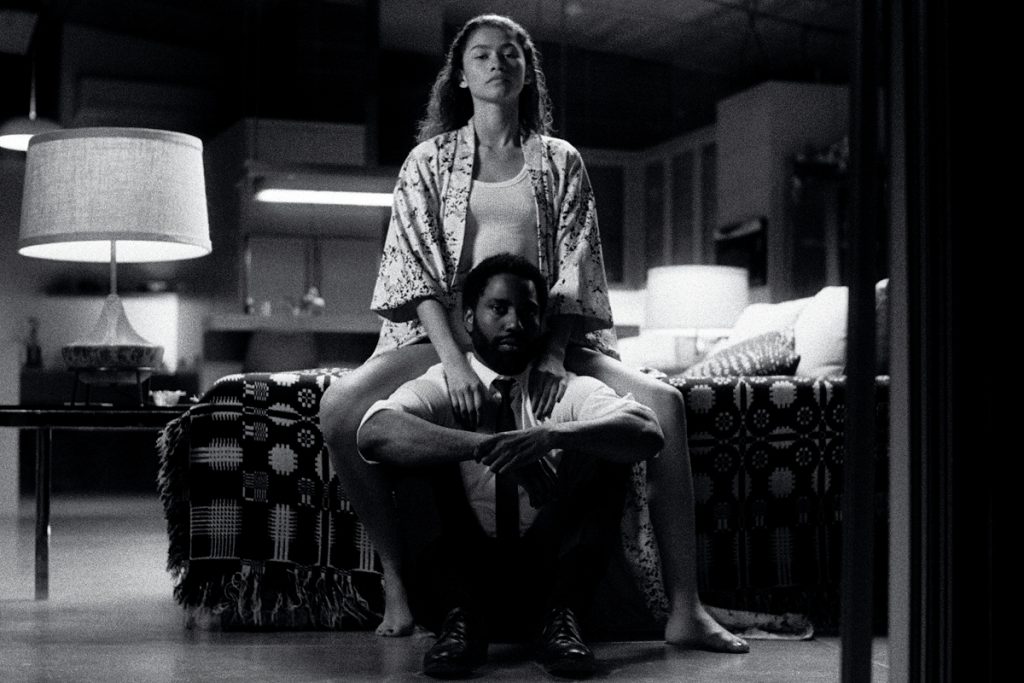 “You learn a lot about a character by being interested in their clothing and the way they wear it,” explains Sandy Powell, who has won three Oscars for Best Costume Design for her work on the sets of Shakespeare in Love, The Aviator and The Young Victoria. Onscreen, a single outfit can reveal details like the personality, social background, culture, age and profession of its wearer, but a single mistake can make a film’s magic evaporate.

“It’s a constant search for truth,” says costume designer Renée April. “The characters—even the extras—have to be appropriate.” Originally from Rivière-du-Loup, Que., April has worked behind the scenes on more than 35 productions alongside renowned directors including Jean-Jacques Annaud, Darren Aronofsky and Denis Villeneuve. Over the course of her career, she has worked on all sorts of projects, from science-fiction movies like Rise of the Planet of the Apes and Blade Runner 2049 to George Clooney’s spy film Confessions of a Dangerous Mind. “I start from the script; I do a lot of research and of course I talk to the director about the characters before I start designing costumes,” she says. “For smaller roles, I imagine their lives, even if they only have one line. It’s a real anthropological job. Then I meet with the actors, who are often working on other films, to take their measurements, and if I’m really lucky, I can start the fittings two weeks before shooting.” According to April, that step is when the magic happens and the character comes to life, but it’s also when she sees any mistakes she has made. “It’s important to acknowledge [the mistakes], especially since it often helps build trust with the actor,” says April. “Above all, actors get a say, and sometimes they have a different idea than the director. You have to compromise—that’s how the design happens.” 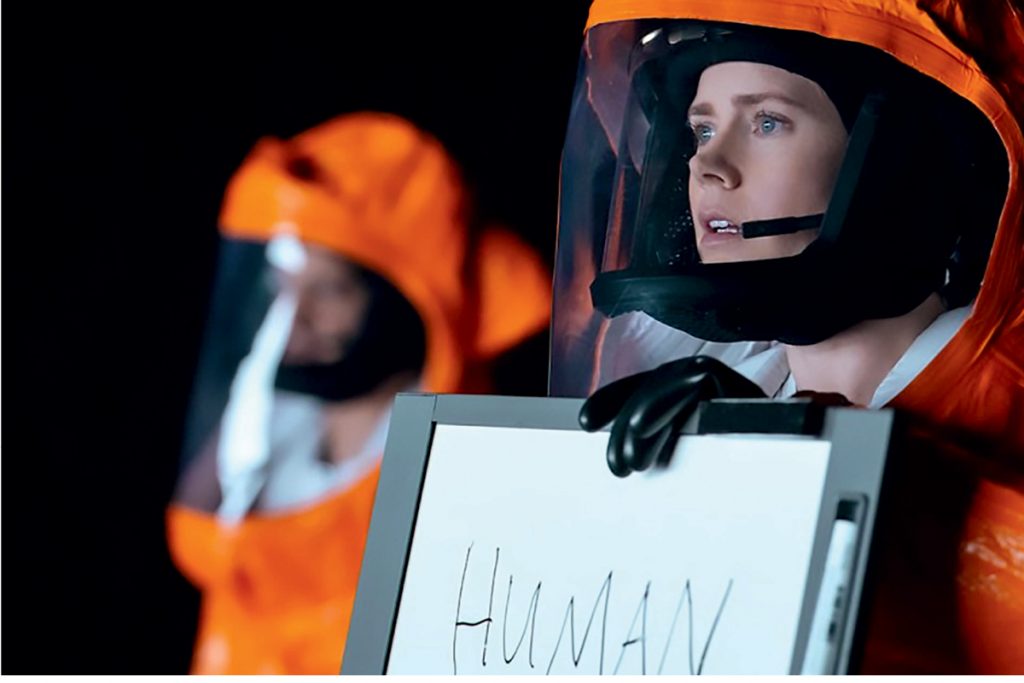 “It’s an amazing job, but when you sign a contract, you do it in blood. You give up your social life, and you work 15 hours a day, six or seven days a week. You have to love it with all your heart.”

For Blade Runner 2049, the Villeneuve-directed sequel to Ridley Scott’s cult film, April created 15 identical coats for Ryan Gosling (and his stuntman) so they’d be ready if one got damaged during filming. In The Day After Tomorrow, she had to plan duplicate costumes for the leads and supporting characters in the apocalyptic-climate-disaster drama so they’d always have extra—and dry—outfits on hand, which meant thousands of pieces of clothing. “In general, I design the costumes for the leads and rent ones for the extras, depending on the time and place of the story,” says April. The bill can add up quickly: A ballroom scene can easily cost $100,000, and the amount of work behind it is just as hefty.

After the success of Romeo + Juliet, Barrett received a constant stream of contracts, notably for the Matrix trilogy. More recently, she worked on The Amazing Spider-Man and Us, the horror film from the genre’s new master, Jordan Peele. When she describes her job, you can imagine her as an orchestra conductor, masterfully leading her global team of artisans, shoe designers and weavers (whom she won’t necessarily meet in person) in the design of costumes and accessories, down to the smallest jewel. “We try to make them look as good as possible, even for a movie with special effects, because you never know when there will be a close-up,” says Barrett. “It’s an amazing job, but when you sign a contract, you do it in blood. You give up your social life, and you work 15 hours a day, six or seven days a week. You have to love it with all your heart.”

At just over 60 years old, April, like many of her costume-making friends, is in higher demand than ever. Still, Barrett dislikes the fact that the costume department (often run by women) is generally seen as less important than other parts of the production, and Powell agrees. “A costume designer’s salary is definitely not as high as [that of] a production designer, who for some reason is held in higher esteem in the film-industry hierarchy,” she says. “This inequality, just like the lack of inclusiveness, needs to be addressed.” Powell sees the problem as being left over from a time when production designers were almost exclusively men while costume designers were traditionally women.

So the next time you’re at the movies and you’re admiring what the actors are wearing or the details of their clothing, think of all the brilliant artists behind the scenes, working in the shadows.

Read more:
Bridgerton Season 2: Everything We Know
In the Heights Star Melissa Berrera on Landing the Part, the Latinx Community and the Timing of This Release
Legally Blonde 3: Release Date, Spoilers, Cast, Trailer and Plot Lines