Everything You Need to Know About That Outlander Print Shop Scene

A behind-the-scenes peek at how Jamie and Claire's reunion was pieced together. 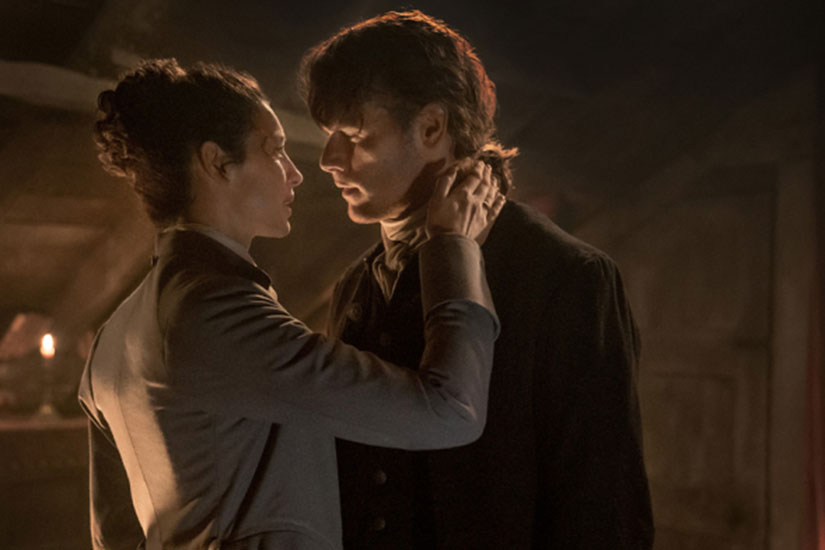 Outlander executive producer Matthew B. Roberts admits that he was trying to get fans all riled up when he first tweeted about the show’s most anticipated episode this season—the print shop reunion between time-crossed lovers Jamie and Claire—but what he did wasn’t the traditional tease. Back when Roberts was writing the script for episode six, “A. Malcolm,” last fall, he shared a snippet of a script, fuzzed out to obscure all but one section that read, “INT. PRINT SHOP…. Jamie enters.” And then he sat back and wanted for the responses to roll in.

Unless you’re a dyed-in-the-wool fan of the series—books and show, especially—you might not understand exactly why this tiny glimpse caused such a kerfuffle. But that little detail revealed a lot about how this long-awaited scene was going to come together. “I knew I was being diabolical,” Roberts chuckled when giving ELLE.com a tour of the show’s Cape Town, South Africa sets. “I knew the fans were going to lose their shit, and be all angry, thinking we’re changing it, that it wasn’t going to be right. And I was right. Everybody went completely crazy.”

So close I think I actually have ink on my hands. #prepping #Outlander #anyoneknowwhereicanfindcarfaxclose :-{)&gt; pic.twitter.com/nL5rugpcOL

Most fans of book-to-television adaptations are quite used to major alterations—heck, Game of Thrones features characters who are dead on the show but alive in the books, and vice versa. But Outlander has always taken pride in being more faithful to the text than most, the text being in this case a series of books by Diana Gabaldon. Because of the crucial reunion happened in the third book in the series, Voyager, readers were expecting a certain sequence of events when Claire and Jamie reunited after two decades apart in different centuries—a sequence that most decidedly does not start with Jamie entering the shop. Fans were quick to point that out on Twitter (“Why does it say ‘JAMIE enters’? He’s already there!”, “Page 312. Not that I’ve memorized it!”). Roberts’ response? “Be calm and print shop on.” And as the worried fans tried to catch a breath, they also tried to trust him. “This may well be the biggest moment in television history,” one fan reminded him.

“It’s really hard to do something that comes with so much expectation!” actress Catriona Balfe, who plays Claire Randall Fraser, told us. “I always have trepidations about that. It’s almost like, the more people want it be something really, really huge, the more I want to go, ‘No, I want it to be like…. We just want to do it like…’ You can never go into a scene thinking about the audience, because then it stops being about just two people, and it becomes about two people and the audience. So that was the most challenging thing about the print shop scene, to strip away all the noise.”

While still being faithful to the books, one of the things Outlander is “really good” at, Roberts said, was expanding the points of view. So what he wanted to do was give both sides of the reunion, even if Voyager only told it from Claire’s. This way, he said, the fans would get the iconic scene they wanted, “just not the way they expected it. They get both characters’ versions.” In episode five, Claire walks into the print shop (and Jamie faints), but in episode six, we see a bit of Jamie’s life before that heady moment. Hence that mysterious entry into the print shop, which heralds the start of his day there. (The printed sheets in the title cards, by the way, were made by actor Sam Heughan himself on replica 18th-century typesetter presses. “That’s all me!” he beamed, hoping he’d made his printmaker mother proud.)

“At this point, Jamie is now Alexander Malcolm, the printmaker,” Heughan explained. “He’s also a smuggler, and he’s living in a brothel, and he has a whole life going on in Edinburgh. A very busy life, I think, to keep himself from thinking about Claire too much.”

The set was repurposed from the French apothecary set of season two, and structured with two levels. The beginning of the shoot focused on Heughan’s coverage, with the camera looking at him on the lower level, to capture his faint and fall. “Sam had to fall quite a lot, I remember,” Balfe said, laughing. “He can handle it. What’s the point of him having all those muscles if they’re not cushioning him when he falls?”

“When Claire shows up again, I wanted to play it like, he still sees her all the time in his mind, so at first he thinks it’s another hallucination,” Heughan said. “And then it’s, ‘Oh, God. She actually is here.’ So he loses it.”

So much has led to this. @caitrionambalfe and @SamHeughan give us an inside look at Claire and Jamie&#39;s epic reunion. #Outlander pic.twitter.com/YDJHMFWW7F

This was not a scenario that Claire was expecting when she decided to travel back in time. As prepared as she tried to be—dyeing her hair, sewing an 18th-century outfit from scratch, packing the correct currency, anticipating medical needs—this was not how she thought their big romantic reunion would look. “There’s a fantasy way of doing it, which is the violins, the angels, singing, and the perfect stream of sunlight,” Balfe said. “But we wanted to do something more real and awkward. It would be so easy to make it perfect, but I think it’s so much more charming, and so Jamie-and-Claire, for it not to be perfect.”

With a Steadicam moving around the tight space on the floor and in the backroom, the two actors tried to move around each other “like teenagers,” Balfe said, playing up their vulnerability. The goal with the couple’s conversation, she said, was to mirror their wedding night. Just as the three sex scenes in that season one episode took Jamie and Claire through different stages—from getting it over with, to exploring each other, to finally falling in love—the print shop reunion, too, has these three stages.

“At first we’re tentative, and then we’re getting to know each other again, and there’s a certain progression,” she said. “We wanted to mirror the wedding night in many ways, because Claire hasn’t been intimate with anyone for about 18 years. I really wanted to play with this idea of, it’s the man I know so well, but I don’t know him at all. It’s the idea of wanting to hold each other, and yet being scared to touch each other at the same time.”

While they rediscover each other, slowly, they fill each other in on their lives apart. In the show, they touch on some topics even more openly than they did in the books, such as their children, Brianna and Willie. For Balfe, it was important that that they also talk about their stillborn daughter Faith, who died in season two, so she petitioned the writers to include a reference in this pivotal reunion scene. “I just thought that no parents would ever forget a child, even if the child didn’t make it to term,” Balfe said. “She’s still very much part of the family unit.”

But as transparent as Jamie and Claire are with each other in the print shop scene, they don’t spill as many secrets as they do ale. “Not all of it!” Heughan said, laughing. “Jamie can’t bring himself to tell Claire the full truth just yet, because he’s scared he’s going to lose her again. She’s only just come back, and she’s not sure she totally belongs there, so he doesn’t want to give her any ammunition to leave again. He would do anything he can to keep her, even if that means telling her the odd white lie. I understand that, and it makes him more of a human being.” The plot thickens… 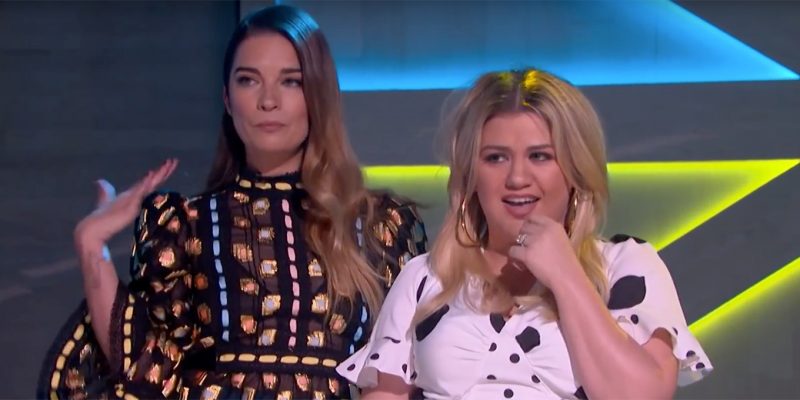