Here, we highlight the new titles arriving on Netflix Canada this September to help you decide what to watch. 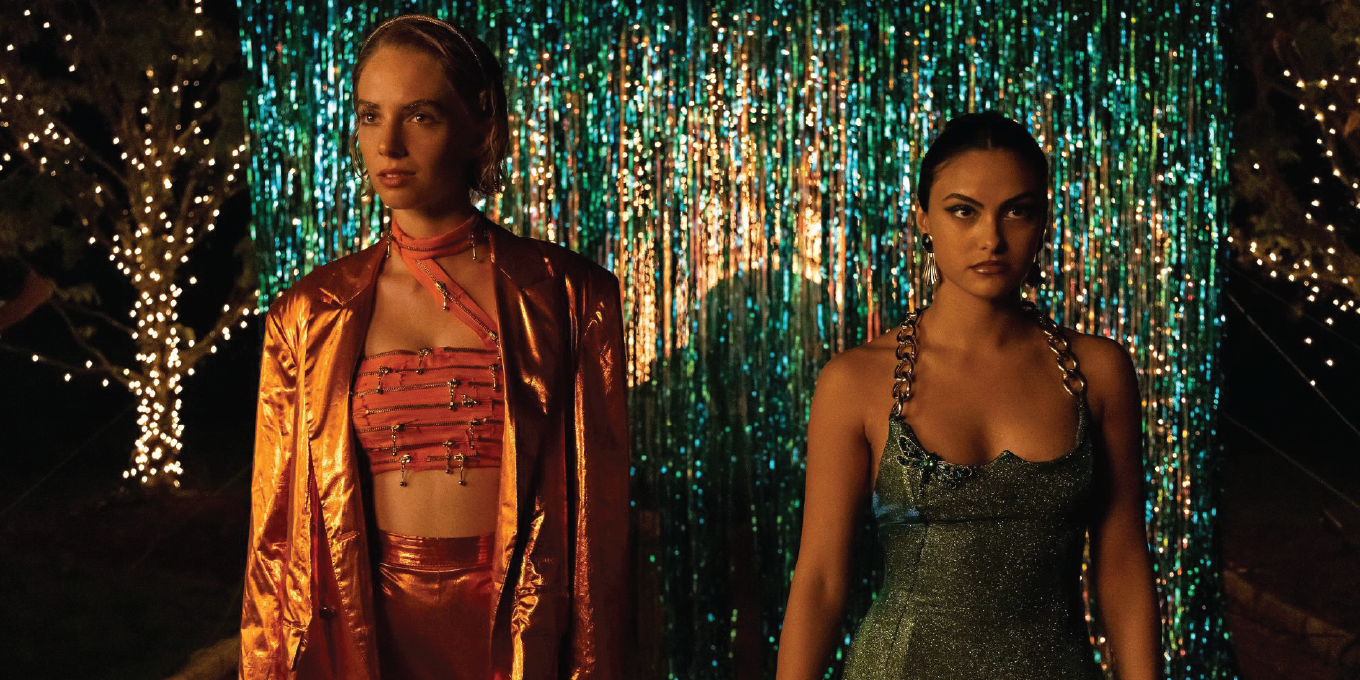 It’s impossible to keep up with the hours and hours worth of shows and movies that premiere every week. Here, we highlight the new titles arriving on Netflix Canada this September to help you decide what to watch.

Now I’ll admit that I’m not personally one for reality dating shows, but the premise of Netflix’s latest, Dated and Related, is so odd, I can’t help but be weirdly curious. The concept is as follows: Hopeful singles head into a luxe French villa looking for love, and a chance to win $100,000. I know, that sounds pretty standard, but here’s the catch: all the contestants have brought a sibling along with them. I’d need to be competing for a bigger cash prize to even consider doing something like this, tbh.

We all know it’s best not to bring your work home with you (unless, you know, you work from home), but in crime drama Devil in Ohio, hospital psychiatrist Suzanne Mathis (Emily Deschanel) just can’t help herself. When a young patient (Madeleine Arthur) escapes from a mysterious cult, Suzanne takes her home with her and becomes determined to protect her—even if it puts her own family and life at risk.

In the thrilling Korean series Little Women, three tight-knit sisters (Kim Go-Eun, Nam Ji-Hyun and Park Ji-Hu) are used to never having enough money and only each other to rely on. But when the sisters become entangled in a conspiracy that involves a lot of money and going up against the most influential family in South Korea, life as they know it will change in ways they aren’t even ready for. Squid Game’s Wi Ha-joon also stars.

A hilarious thing about Cobra Kai is that it’s set in a world where karate is the most important thing you can possibly imagine. That remains true in its fifth season, which finds Daniel (Ralph Macchio) and Johnny (William Zabka) on the same side once again, this time teaming up with on ally (Yuji Okumoto, who you’ll recognize from The Karate Kid Part II) as they try to thwart the genuinely menacing new leader of Cobra Kai, Terry Silver (The Karate Kid Part III’s Thomas Ian Griffith).

End of the Road

Any movie starring Queen Latifah is a movie worth watching, in my opinion. In action-thriller End of the Road, the celeb plays Brenda, a recently widowed mom on a long road trip with her two kids and brother (Chris Bridges, a.k.a. Ludacris). When they accidentally witness a murder (oops) and take off with a bag of money (double oops), Brenda’s family is thrown into danger and she must fight to protect them.

Every once in a while, there will be a new movie that is so perfectly tailored to my interests that I can’t believe I didn’t dream the entire thing up. Do Revenge is one of those movies. Stylishly directed by Jennifer Kaytin Robinson (Something Great, Sweet/Vicious), the dark comedy follows two teen girls (scary) who team up (even scarier) to get payback against the people who have wronged them. The cast features a who’s who of Gen Z faves, like Camila Mendes, Maya Hawke, Alisha Boe, Sophie Turner and Austin Abrams.

Love Is Blind: After the Altar (Season 2)

Attention, Love Is Blind fans: Now is your moment. After a series of recent divorce announcements, the cast of season two—including Deepti, Shayne, Iyanna and more—reunite on-camera for After the Altar, a special in which they’ll discuss what has been happening in their relationships and lives since their run on the show ended. Grab the popcorn.

After making its debut at the 2022 Toronto International Film Festival, Tyler Perry’s A Jazzman’s Blues is coming to streaming. Set in the Deep South and unfolding over 40 years, the sweeping love story follows star-crossed lovers Bayou (Joshua Boone) and Leanne (Solea Pfeiffer), who want nothing more than to be together but are torn apart by Leanne’s family. Years later, they meet again, with Bayou having become a popular musician and Leanne, now passing as a white woman, married to another man. Also, there’s a murder-mystery element, because of course there is.

Allison Janney and Jurnee Smollett teaming up for an action thriller? Yes, please. Janney is the titular Lou, a loner who agrees to help neighbour (Smollett) when her young daughter gets kidnapped. Together, the pair must face the elements (all of this is happening in the middle of a storm), the kidnapper and the haunting secrets from their respective pasts.

After much fanfare, countless rumours and long-held anticipation, Blonde is finally here. Based on the bestselling novel by Joyce Carol Oates, the drama stars Ana de Armas as iconic Hollywood figure Marilyn Monroe. The film is a fictionalized reimagining of the legend’s public persona and complicated private life.

Everything Else Coming to Netflix Canada in September 2022

Love in the Villa (Netflix Film)

Off the Hook (Netflix Series)

The Girl Next Door

The Festival of Troubadours (Netflix Film)

Ivy + Bean: The Ghost That Had to Go (Netflix Family)

Seeking a Friend for the End of the World

The SpongeBob Movie: Sponge on the Run

Once Upon a Small Town (Netflix Series)

Get Smart With Money (Netflix Documentary)

Untold: The Race of the Century (Netflix Documentary)

Indian Predator: The Diary of a Serial Killer (Netflix Documentary)

End of the Road (Netflix Film)

Sins of Our Mother (Netflix Documentary)

The Brave Ones (Netflix Series)

I Used to Be Famous (Netflix Film)

Love Is Blind: After the Altar: Season 2 (Netflix Series)

The Girls at the Back (Netflix Series)

A Trip to Infinity (Netflix Documentary)

What We Leave Behind