Here, we highlight the new titles arriving on Netflix Canada this June to help you decide what to watch. 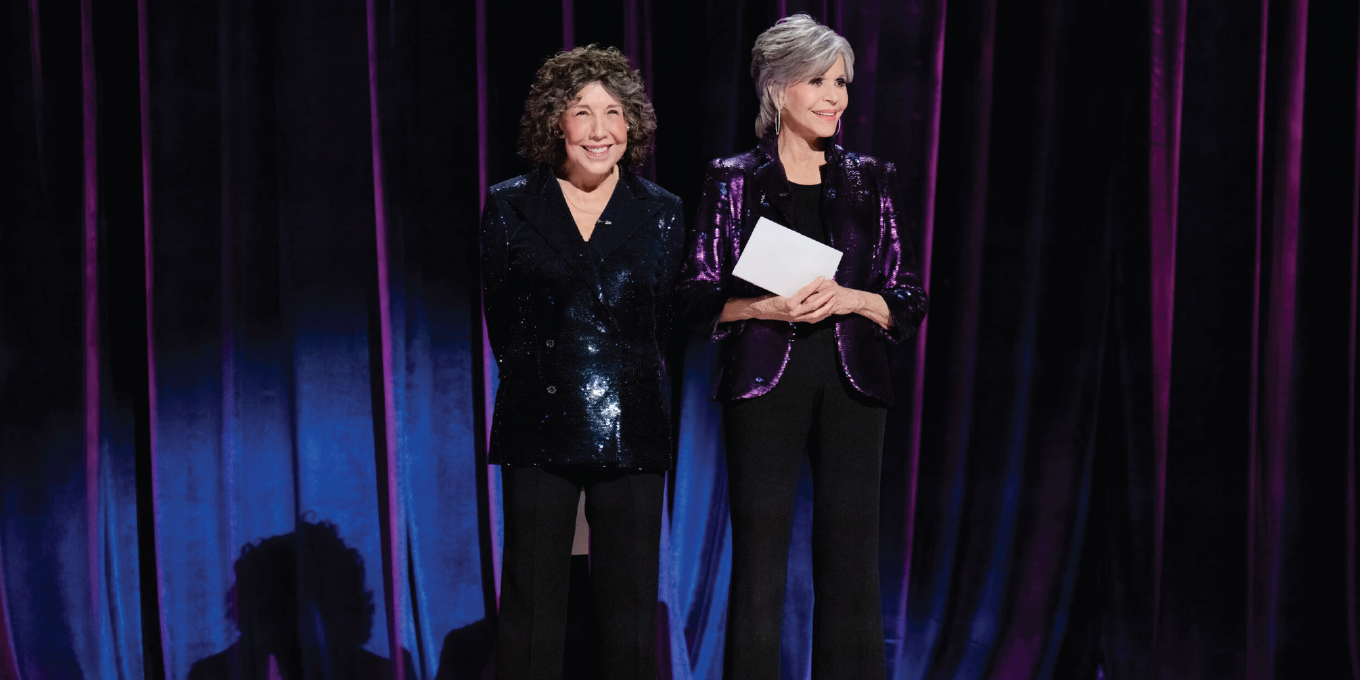 It’s impossible to keep up with the hours and hours worth of shows and movies that premiere every week. Here, we highlight the new titles arriving on Netflix Canada this June to help you decide what to watch.

Twilight meets Buffy the Vampire Slayer with a slight tinge of Gossip Girl in First Kill, a juicy new series about teens Juliette and Calliope, a vampire and vampire hunter from rival families who have each been deemed ready to make their first kill. Obviously, they fall in love instead. Take that, Shakespeare.

A night out with Grace and Frankie stars/all-around icons Jane Fonda and Lily Tomlin sounds like a dream—but we’ll have to settle for doing it from our couches. Jane & Lily: Ladies Night Live finds the duo introducing a star-studded lineup of women comedians, including Michelle Buteau, Cristela Alonzo, Margaret Cho and more.

We all remember Jennifer Lopez’s show-stopping Super Bowl performance (co-headlined with Shakira) from 2020. Now the superstar is taking us behind the scenes of the creation of that performance, plus gives us an unprecedented look at her career and life in Halftime. And, not that this is the most important aspect of the doc, but we know you’re wondering: Ben Affleck does, in fact, make an appearance.

Real-life couple Melissa McCarthy and Ben Falcone have teamed up once again for God’s Favourite Idiot. The comedy follows Clark (Falcone) who suddenly starts glowing (not in a freshly-applied-vitamin-c-serum way) while out on a date with co-worker Amily (McCarthy), and soon discovers that he’s become a messenger of God. Also, maybe the apocalypse is coming? There is, however, good news: the show also marks an on-screen reunion for McCarthy and her Gilmore Girls co-star Yanic Truesdale.

Chris Hemsworth turns on the creep factor in Spiderhead as a “brilliant” (read: way too powerful) visionary who experiments on inmates in a high-tech penitentiary with mind-altering drugs. Miles Teller and Jurnee Smollett also star in the futuristic thriller as two inmates who form a connection while being subjected to the weird tests. If the entire film is anywhere near as unsettling as the two-minute trailer…well, good luck to us.

The summer before starting college + a promise to an ailing parent + a vacation in Rome + an endless supply of gelato = all the elements you need for a potentially perfect romcom. Now if only we could make Love & Gelato our own summer plans IRL.

After stopping the end of the world for a second time, the super-powered siblings of The Umbrella Academy have returned to the present day only to find out they’ve created a paradox. The home they left is no longer their home, but is instead the Sparrow academy—and full of an entirely new team of talented siblings that have taken their place. Can the group reset their timeline while also stopping a new mysterious evil? At least they make planet-shattering peril seem like  a good time.

The Man from Toronto

Toronto takes centre stage in more ways than one in this action flick starring Kevin Hart, Woody Harrelson and Kaley Cuoco. Not only was The Man from Toronto filmed in and around the GTA, it follows a bumbling sales consultant who must team up with a deadly assassin—the titular Man from Toronto—in order to stay alive after a very inconvenient case of mistaken identity.

A post shared by The Man From Toronto (@manfromtoronto)

The OG Money Heist may have wrapped, but fans of the series can experience the popular crime thriller in this Korean adaptation. Money Heist: Korea – Joint Economic Area is set in a world with a unified Korea, which, of course, has helped the rich get even richer. So a group of frustrated thieves take over the mint hoping to walk away with a fortune for themselves. Squid Game fans will also be happy to note that Park Hae-soo is part of the ensemble cast.

To be frank, there’s not a lot that’s currently known about Beauty, a movie about an aspiring singer who is torn between her family, her girlfriend and the pressures of the music industry. But, there are a few things that earn it a spot on our must-watch list—namely, the stacked talent involved: Lena Waithe has written the screenplay, while Niecy Nash, Sharon Stone and Giancarlo Esposito are among the stars.

Everything Else Coming to Netflix Canada in June 2022

I Don’t Know How She Does It

No Country for Old Men

Two Lovers and a Bear

As the Crow Flies (Netflix Series)

Chickenhare and the Hamster of Darkness (Netflix Film)

You Don’t Know Me (Netflix Series)

The Future Of (Netflix Series)

Best of the Fest (Netflix Comedy)

The Man from Toronto (Netflix Film)