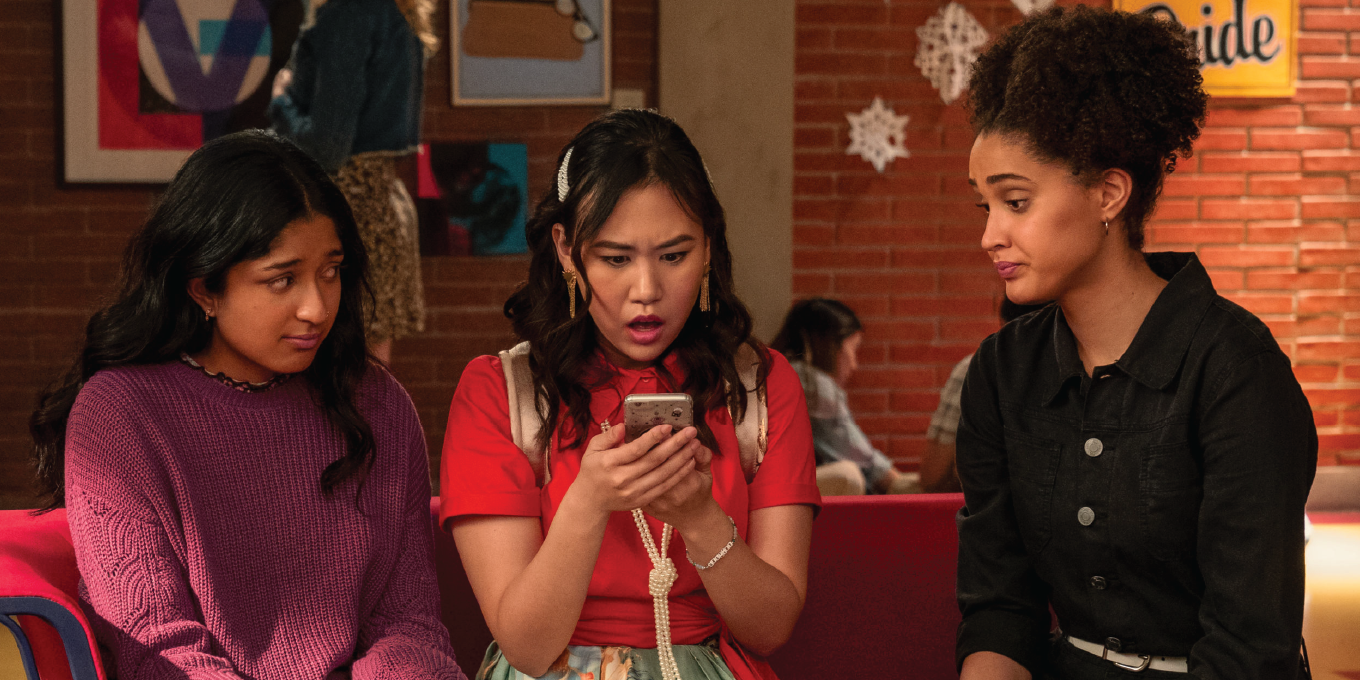 Netflix (Never Have I Ever: Season 3)

It’s impossible to keep up with the hours and hours worth of shows and movies that premiere every week. Here, we highlight the new titles arriving on Netflix Canada this August to help you decide what to watch.

What’s one to do when facing constant pressure from their parents to get married? In Wedding Season, the answer for Asha (Pallavi Sharda) and Ravi (Suraj Sharma) is obvious: pretend to date each other to get through a summer’s worth of weddings with as little interference as possible.

Fans of Neil Gaiman’s comic book series The Sandman have been waiting for an adaptation of the dark fantasy to hit screens since the ‘90s. Now, it’s finally here. The eerie follows Dream (Tom Sturridge), the ruler of a realm called the Dreaming (which can be accessed during sleep), who is imprisoned for a century. After escaping, he discovers that both the sleeping and waking dimensions have been altered, and he must travel across different worlds and timelines to restore order.

Ontario-shot Locke & Key is coming to a close with an exhilarating third season, which finds the Locke siblings facing off against a new demonic foe who is determined to steal the magical keys their father left for them upon his passing.

In Day Shift, Jamie Foxx stars as a blue-collar dad whose priority is providing a good life for his daughter in San Fernando Valley. That’s easier said than done when he secretly works as a vampire hunter, a profession that’s not only dangerous but quite…gross. Snoop Dogg, Dave Franco and Meagan Good also star.

Never Have I Ever (Season 3)

It’s arguably the best time of the summer: Never Have I Ever is back for season three. Canadian star Maitreyi Ramakrishnan and co. are back and thriving: Devi and her friends are all finally in relationships and loving life. But they’re soon about to realize that being partnered up involves a lot more than just hanging out with your crush.

Move over, Sliding Doors, there’s a new parallel-reality movie to explore. Lili Reinhart stars in Look Both Ways as Natalie, a new college grad whose life splits into alternate paths after she takes a pregnancy test: one, in which the test comes back positive and prepares to navigate motherhood, while in the second the test is negative and she moves to L.A. to pursue her dream career.

Do identical twins actually swap places when it suits them? Well, in mystery-thriller Echoes, sisters Lina and Gina (Michelle Monaghan) do and they share everything—including their homes and husbands—without anyone else knowing. But when one of the twins goes missing, they’re at risk of losing everything they’ve built.

Comedians Mo Amer and Ramy Youssef (who you’ll recognize from the acclaimed series Ramy) co-created Mo, a semi-autobiographical series inspired by Amer’s life as a Palestinian refugee growing up in Houston. Amer also stars as the titular Mo Najjar, a man who is juggling two cultures and three languages in his new American home all while navigating the complicated immigration process.

Can’t get enough of the drama of Selling Sunset? A lot more is about to come your way via Selling The OC, a new reality series that follows The Oppenheim Group’s expansion to Orange County and the real-estate team competing to make their mark in the area. Popcorn, please.

Shenanigans ensue in Me Time when a stay-at-home dad (Kevin Hart) has some alone time for the first time in years, and takes the time to reconnect with his best friend (Mark Wahlberg)—who is, if we’re being honest, somewhat of a child himself—on a wild weekend away.

Everything Else Coming to Netflix Canada in August 2022

The Young and Prodigious T.S. Spivet

Stay on Board: The Leo Baker Story (Netflix Documentary)

Never Have I Ever: Season 3 (Netflix Series)

He-Man and the Masters of the Universe: Season 3 (Netflix Family)

Inside the Mind of a Cat (Netflix Documentary)

The Girl in the Mirror (Alma) (Netflix Series)

Untold: The Rise and Fall of AND1 (Netflix Documentary) (New episodes weekly)

Running with the Devil: The Wild World of John McAfee (Netflix Documentary)

Under Her Control (Netflix Film)

I AM A KILLER: Season 3 (Netflix Documentary)

I Came By (Netflix Film)