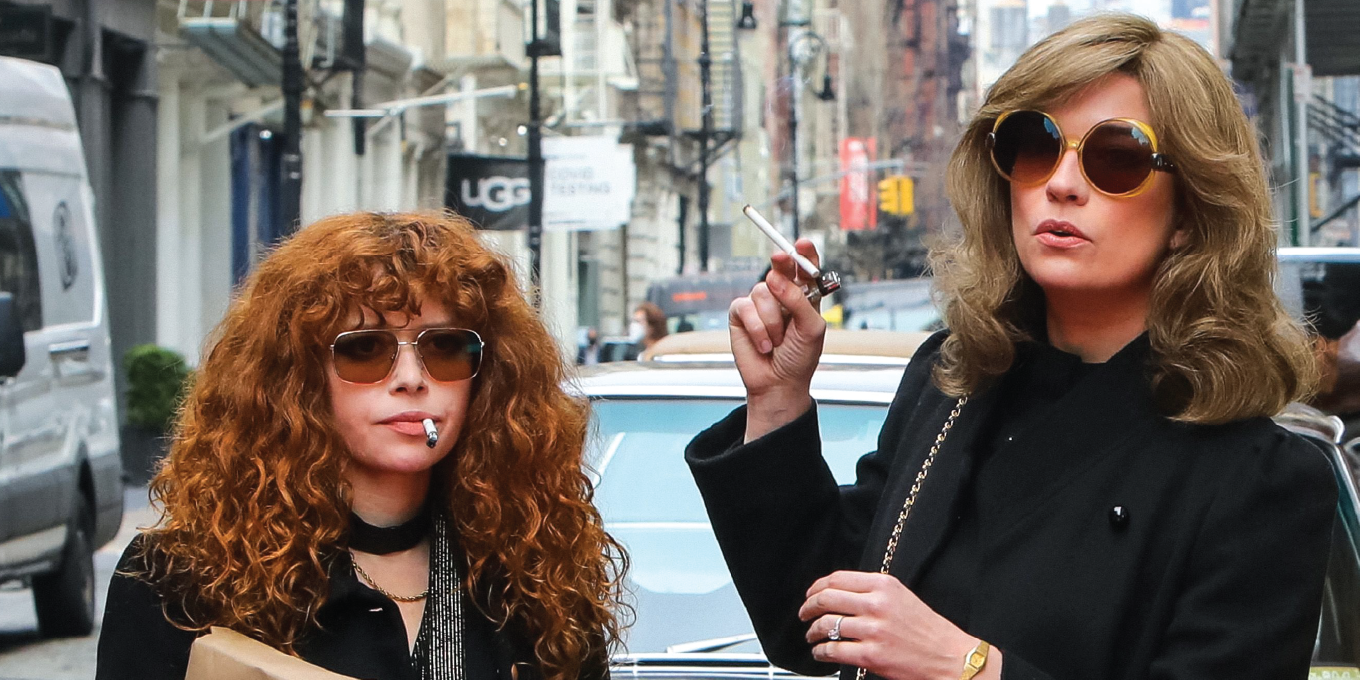 It’s impossible to keep up with the hours and hours worth of shows and movies that premiere every week. Here, we highlight the new titles arriving on Netflix Canada this April to help you decide what to watch.

What happens when a group of actors are confined to a COVID-safe bubble while filming the sixth movie in a blockbuster franchise about dinosaurs? Nothing good, probably. Watch the hilarity unfold in Judd Apatow’s latest flick, The Bubble, which boasts a star-studded ensemble including celebs like Karen Gillan, Pedro Pascal, Leslie Mann, Kate McKinnon and more.

Filmmaker Eliza Hittman received an outpouring of critical acclaim when her stirring drama, Never Rarely Sometimes Always, screened early in 2020 at the Sundance Film Festival. But the film, unfortunately, faded away during its theatrical release that March because…well, you know. If you missed the movie—about a teen girl who must travel across state lines with her cousin in order to access a safe abortion—the first time, now’s your time to reftify that.

Everyone’s favourite Gossip Girl-esque high school thriller is back for another season. Season five of Elite has the show doing what it does best: getting its characters wrapped up in new love triangles, new secrets and, of course, a new murder-mystery. And before you quickly binge-watch your way through the new episodes and are left wanting more, there is some good news: The show has already been renewed for a sixth season.

It’s not uncommon to feel stuck in life, but, sometimes, it is nice to have a reminder that you’re not alone in feeling that way. Korean drama My Liberation Notes follows three siblings who are bored of their mundane lives in their quiet village and are desperate for more. When a mysterious man arrives in town, they suddenly find that there’s a lot more opportunity for excitement and freedom.

Anatomy of a Scandal

Issues of privilege, class and gender all come to a head in Anatomy of a Scandal, a six-part series co-written by TV stalwart David E. Kelley (Big Little Lies). Adapted from Sarah Vaughan’s novel of the same name, the legal thriller is about Sophie Whitehouse (Sienna Miller), the loyal wife of an influential politician (Rupert Friend). When her husband confesses to having an affair, then is accused of rape—which he denies—Sophie must figure out the truth for herself. Downton Abbey’s Michelle Dockery also stars.

It’s been a long time since the electric first season of Natasha Lyonne’s Russian Doll hit our screens. If you need a refresher: the 2019 dramedy follows Nadia (Lyonne), who gets stuck in a time loop and is forced to relive her 36th birthday party over and over again, eventually realizing a stranger named Alan (Charlie Barnett) is experiencing the same, strange thing. Spoiler alert: The two ultimately figure the way out is to confront their trauma and embrace their renewed chance at life together. Unfortunately for Nadia and Alan, season two looks just as trippy as the first, with the two getting caught up in yet another existential adventure. Oh, and this time, Schitt’s Creek star Annie Murphy is joining the fun.

Along for the Ride

Calling everyone who, like me, spent countless hours as a teenager obsessively reading every Sarah Dessen novel: This one’s for you. Adapted from the YA writer’s 2009 novel of the same name, Along for the Ride follows Auden (Emma Pasarow) during the summer before she starts college. She arrives in a small seaside town where her dad lives and meets Eli (Belmont Cameli), an insomniac like Auden who spends late nights trying to get her to be a little more carefree. Sarah Dessen Cinematic Universe, here we come.

It’s a moment avid fans of Alice Oseman’s popular webcomic, Heartstopper, have been waiting for, and now, the on-screen adaptation of tender queer coming-of-age story Heartstopper is finally here. The eight-part series follows quiet Charlie (Joe Locke) and sensitive jock Nick (Kit Connor), who meet in high school and form an unexpectedly close bond. Friendship soon turns into romance, and the pair must navigate their feelings and figure out how to live their most authentic lives.

Mark your calendars: the real estate agents of The Oppenheim Group—and all the drama that is constantly following them—return this month. All your faves are back for season five of Selling Sunset, but the real question on the top of everyone’s mind is: How much of Jason Oppenheim and Chrishell Stause’s now-over relationship will we get to see play out on screen?

It’s the end of an era. After seven seasons and 94 episodes, Grace and Frankie is saying goodbye. The final season finds the BFFs (a.k.a. the always funny Jane Fonda and Lily Tomlin) share one last adventure being their fearless, unapologetic selves. Keep the tissues nearby for this one—I have a feeling you’ll need them.

Everything Else Coming to Netflix Canada in April 2022

Forever Out of My League (Netflix Film)

Get Organized with The Home Edit: Season 2 (Netflix Series)

The Chronicles of Riddick

Queen of the South: Season 5

The In Between (Netflix Film)

Anatomy of a Scandal (Netflix Series)

Heirs to the Land (Netflix Series)

All About Gila (Netflix Comedy)

Along for the Ride (Netflix Film)

The Secret Life of Pets

The Mystery of Marilyn Monroe: The Unheard Tapes (Netflix Documentary)

Honeymoon with My Mother (Netflix Film)