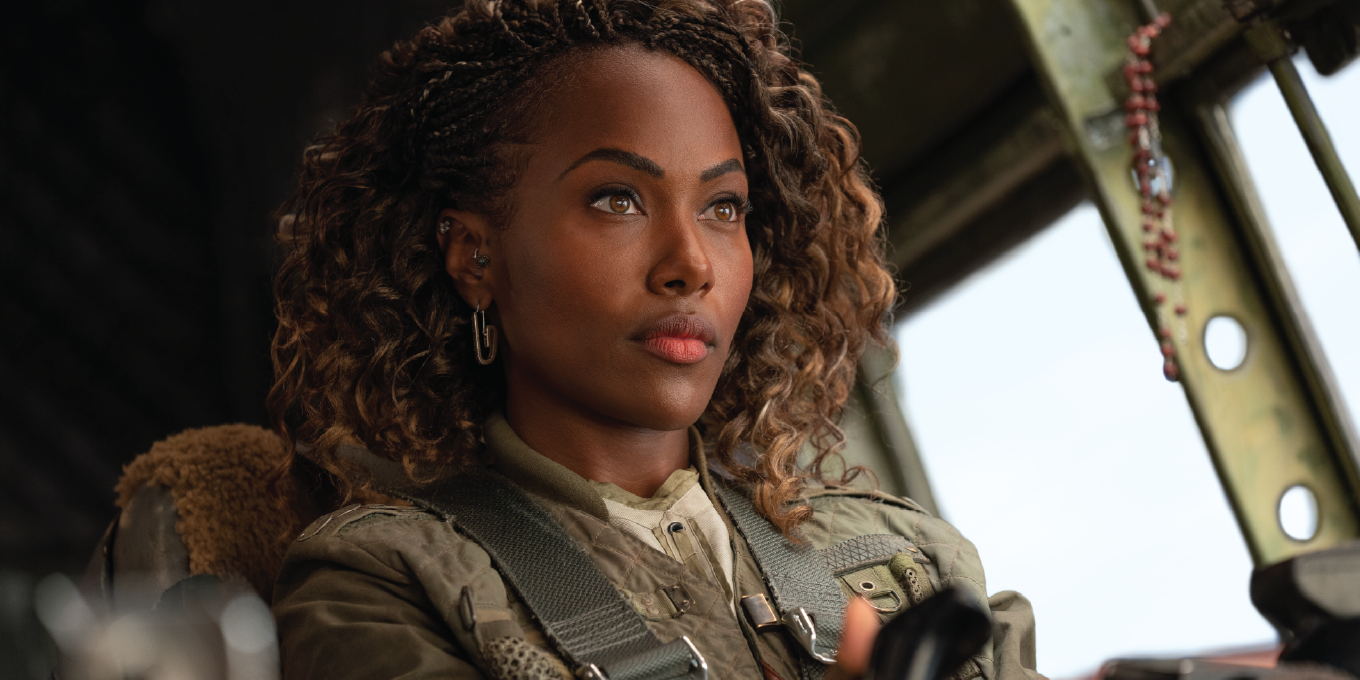 DeWanda Wise dances to the beat of her own drum. Every role she chooses is one that has to dig deep into the core of the character’s humanity—or else it’s not worth her time.

“I used to joke about this, but if there’s not a moment where a character really drops in and you get to see the core of their humanity, I’m like, ‘Well, you don’t need me,’” the 38-year-old shared during a one-on-one interview on the beautiful island of Malta —one of the filming locations—to promote the extended edition of Jurassic World Dominion on Blu-ray and DVD, available on August 16.

“The first time that I read the script and she has that turn, like in order for Kayla to have a full arc and for you to feel like that’s why she’s joining this journey, ” she explains. “I knew that moment and really dropping into the core of who she is and her integrity, and being a woman who you feel like has strayed so far from her own heroic potential was essential. So a lot of that work was just nerdy actor back story and a very deeply empathetic actor, because that’s just how I’m made.” 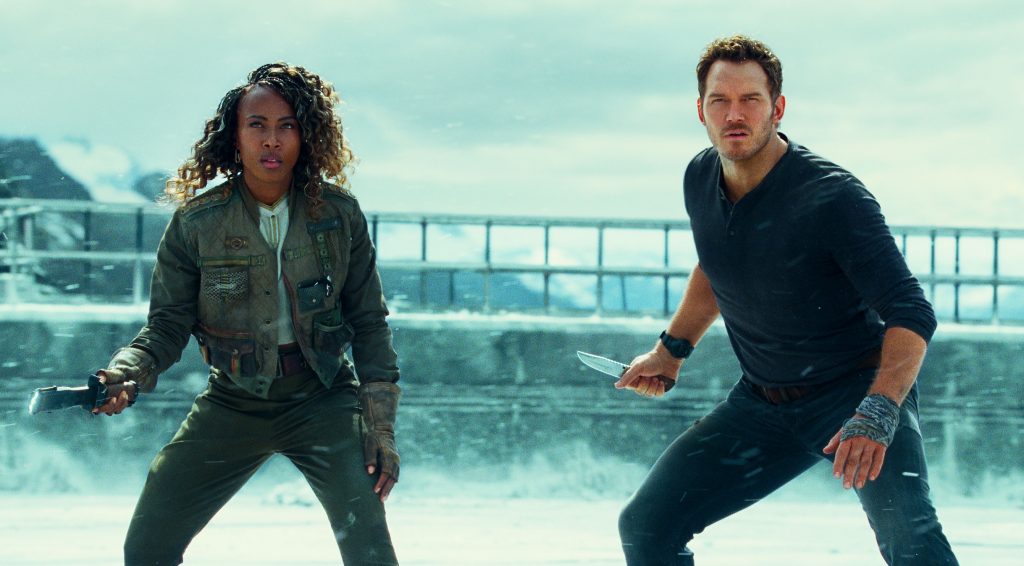 Wise is well-aware that you don’t always see badass Black female characters fully fleshed out on screen. This is something that was important to Wise, who collaborated with Trevorrow to bring Kayla to life. “I’m just thankful that Colin had the vision and one of the first conversations we had was how to construct a character who had impact. Like how do you  construct a new cinematic hero in a franchise that is at this point, over 30-years-old?” She says. “There’s a degree of magic, a whole lot of heart, and exactly some formula and intentionality that goes into making that happen.”

Born in Maryland, Wise rose to fame with a notable performance as Nola Darling in She’s Gotta Have It, the Netflix series based on Spike Lee’s 1986 cult classic. She also starred in Jeymes Samuel’s classic American Western, The Harder They Fall. She has been selective of the projects she chooses and wants to be more than just a one-dimensional trope and far beyond a diversity check box.

Wise has also been trying to change the narrative of how Black women are showcased in media, but it’s something that comes naturally to her rather than intentionally.

“It’s not even a matter of any agenda on my part. I think that’s beautiful. I think it’s cool when actors are like, ‘Yeah, this is what I’m trying to do.’ Really, I’m about telling the truth and the world that I live in, my friends and family, the vastness of it, the fullness of it, and the humanity of it. I’m just interested in telling things that I feel like are true.”

She continued, explaining why Kayla comes from a line of women in the military: “We rewrote a whole lot to kind of work in and incorporate her backstory. I’m from Maryland in the United States and members of my family had been serving in the U.S. military for generations and generations, and that was just like a piece of what we were able to integrate into her story.”

As Wise continues to act, she’s carving out her own path. While other actors tend to roll out several films a year, she prefers to focus on one film or series at a time. She’s steering away from Hollywood’s hustle culture and staying true to her craft.

“Hustle culture and grind culture and urgency culture is new, especially when it comes to Hollywood. I think it’s a result of social media, but historically, it was a big deal if an actor had a movie out a year. We weren’t expecting actors to come out with five things at a time. Nobody was asking Tom Hanks to star in Philadelphia and Forrest Gump in the same year? Do you know the work that goes into those roles?” She questions. “I think part of it is that I’m just slightly old-school and preparing for Kayla was over a year of training to have the body that it took to play her—that took time. The last character I played had a completely different body and that took eight months before I started filming to make sure that I had the body that told the story of that role. I just don’t live beyond my means.”

Jurassic World Dominion is available on Blu-ray and DVD on August 16.

Read more:
Bryce Dallas Howard on Her Empowering Jurassic World Dominion Role, Her Love of Stunts and Dinosaurs
Is Hypersexualization Necessary for Black Female Artists to Achieve Commercial Success?
How Canadian Black Women in the Film Industry Are Breaking the Mold