Debra Messing On Bringing Grace Adler Back to TV

Debra Messing reveals what it's like being back on Will & Grace and reviving her title character, Grace Adler. 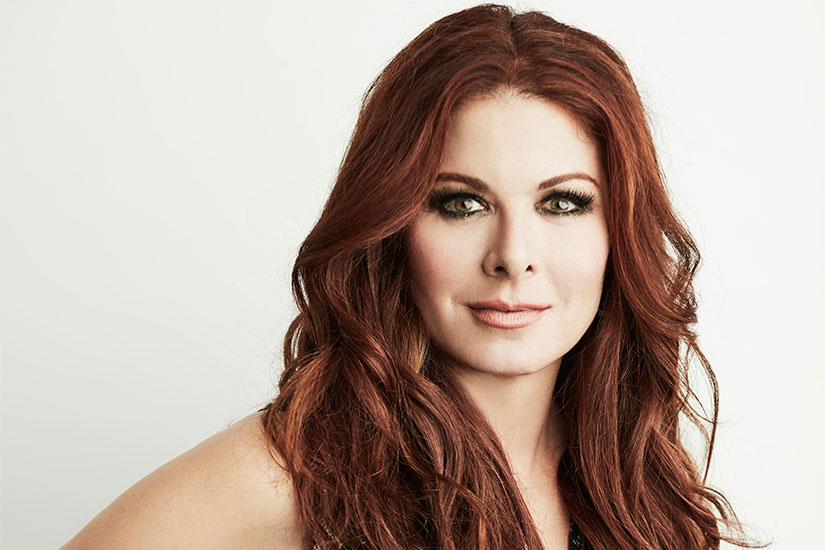 We catch up with Debra Messing in NYC at her physical ther­apist’s office, where she has popped into a quiet corner to take our call. Nothing to be too concerned about, though: The 49-­year­-old is just in for a general tune-­up and a touch (prick?) of acupuncture for “relaxation and stress relief.” And, to be fair, Messing does have a lot going on: At this point in midsummer, she’s three weeks away from the start of shooting for the much-­hyped re­boot of Will & Grace—the ground-breaking ’90s sitcom that made the redhead a household name and garnered her 14 Golden Globe and Emmy nom­inations (and one win). When the show wrapped 11 years ago, Messing really thought that she was done with the role of Grace Adler…for 40 years, at least. “Because the series finale was set 25 years in the future, we all said: ‘Well, there’s nothing to do until we’re in our 70s. Maybe then we can do a geri­atric version—that would be funny!’” she recalls.

So what happened? Well, three things. The first is that we live in an age of revival television, when networks and streaming services are hitting the nostalgia mine and digging up classics of every stripe—from Twin Peaks to Roseanne to MTV Beach House. The second is last year’s presidential election, which spurred the cast to get together in the same room for the first time in a decade and shoot a “Get Out the Vote” spot together, which went viral and got the NBC higher-­ups’ attention. The third was a dinner at Sean Hayes’ (who played Jack on the show) house that included Messing’s other co-stars, Eric McCormack and Megan Mullally. “We all sat down together and talked about our feelings,” says Messing of that meeting in Los Angeles, “and ultimately we decided that we need to make people laugh right now. Regardless of who you voted for, the election was a very, very painful experience for most Americans, and the idea of coming to work every day just seemed like a utopian vision to me.”

Was shooting that mini-episode for the “Get Out the Vote” video like riding a bike? “A little bit! We were on the same set—same couch, same kitchen—and we kept saying: ‘What?! Where are we?’ Seeing those familiar faces was very comforting, but I did feel like a newborn colt that needed to stretch its legs. But by the time we got in front of the audience, it was like, ‘All right, I know how to do this.’”

So the studio audience is staying? That feels like such a ’90s thing. “It’s classic television! It goes back to I Love Lucy and The Honeymooners. That’s the genre of TV comedy that makes me laugh out loud the most. I have such an affinity for it.”

Were there any conversations about shooting it without the audience this time? “Oh, God, no! The only way we would do this was if we were true to what Will & Grace was. We do it in front of a live audience like we did, we have James Burrows direct every episode like he did for eight seasons and we have the same costume designer, hair people, makeup artists and producers. It’s really a testament to how close-knit we were.”

You’ve had a lot of life happen in the decade since you last played Grace, including getting a divorce and raising a son. Does that inform how you’re approaching the character this time? “Of course. Like me, Grace has lived 11 years. The writing room is so tight-lipped that I don’t really know much about what’s happening in her life, other than, for some reason, she’s living with Will again and doesn’t have a boyfriend. She’s very successful in her career, and her desire to get married has dropped on her list of priorities. I can relate to all of that.”

For its time, this show was pretty revolutionary when it came to representing gay people on television. But since then, critics have objected that some of the portrayals reinforced certain unhelpful stereotypes. Have there been conversations about perhaps updating those characters for 2017? “Like I said, I don’t know what the writers are writing, but I do believe we are very attuned to the progress that has been made in the LGBTQ community. I always say I want to explore the other letters in the alphabet now. We did LGB, but there is T and there is I and there’s gender fluidity; so many other things are now front and centre in the conversation. I can’t think of a better place for them to be explored and discussed than on Will & Grace.”

Is there anything you’re nervous about? “I’m nervous about being able to rise to the level we were at 11 years ago. Just getting back into that rhythm is something I have the most anxiety about, but that’s normal and natural because it is totally unnatural to come back to a TV show after a decade. But I have complete faith that everybody involved is 1,000 percent committed to it.”