Danielle Brooks Says Goodbye to Orange Is The New Black

SPOILER ALERT: This interview discusses plot points for the entirety of the final season of Orange Is The New Black. 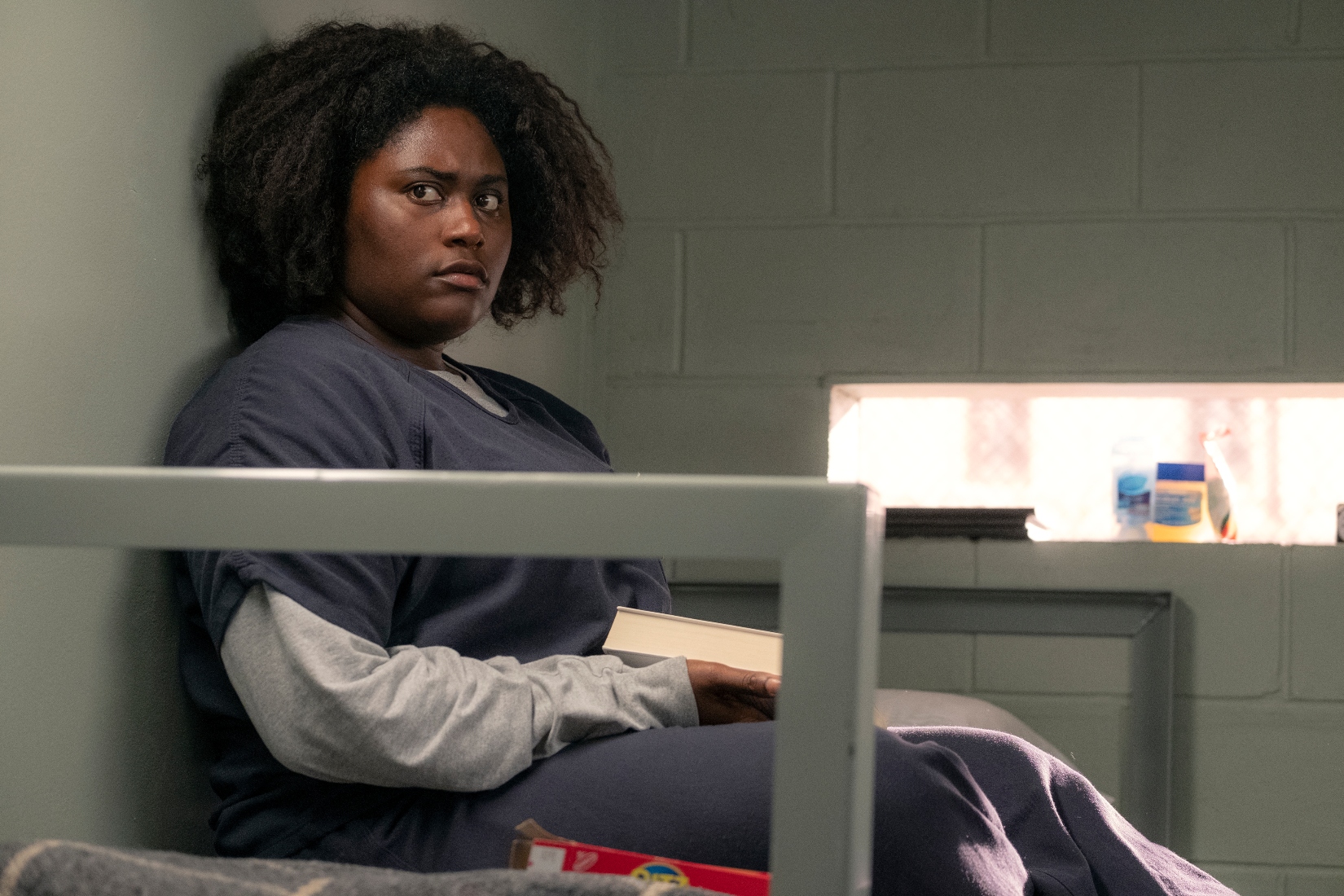 All good things must come to an end—even when said good thing is the critically acclaimed, hugely popular Orange Is The New Black, which Netflix says is its most watched original series ever. “It kind of felt like it was time [to end], but I knew it was going to be a difficult transition,” says Danielle Brooks, who plays Tasha “Taystee” Jefferson on the series. “We’ve given up seven years of our lives to this show, and it has given us so much as well. Letting go of what I’ve known for so long is kind of bittersweet.”

Bittersweet indeed, especially when all of your favourite characters are prison inmates and may not get the happy ending you’ve dreamed of for them. We hopped on the phone with Brooks for a spoiler-filled chat about saying goodbye to the OITNB.

Knowing season seven would be the last one, how did you prepare to leave Orange Is The New Black behind?

I think the preparation started way before knowing that this was going to be our last season. A lot of times, people focus on the excitement of the beginning and end of a project, but if you really spend your time enjoying all the little moments of what you’re working on it’ll be easier to let it go. I’ve always cherished that I got to tell this story, cherished each moment I got to be working with all of these brilliant women.

How much did you know about Taystee’s storyline going into this final season?

Actually, this was the first time Jenji [Kohan, series creator] decided to let all of the cast know their character arcs ahead of time. She said it was one of her gifts to us, letting us know the journey each character was going to take. So I knew what was coming, but when she actually gives you the script and you’re reading what you’re being asked to do, that’s when it becomes like, “Oh, wow.”

Was it weird knowing ahead of time after six years of not knowing?

It was. I’ve been so used to getting the script a week before shooting. I don’t know if I can say I liked it. I always found joy in reading the script in hair and makeup, asking for it ahead of time when I know I’m not supposed to yet because it’s not a final draft. It’s like that feeling of Christmas every time. But knowing helps prepare you for what you’ve got to do, you can map out the season a little better. It helps in crafting what you want to do.

Taystee goes through a lot this season. How did you react to her final arc?

I was heartbroken, to be honest. I appreciate the fact that it stayed truthful to the world we live in, the reality for someone like Taystee, so I’m happy on that end. But some of the things I was asked to do this season, one thing in particular really disheartened me, knowing she was going through that.

Is that the moment in episode four, when she attempts suicide?

Yeah. It was something where I was like, ‘I don’t know if I’m prepared for this,’ but at the end of the day, I have a job to do, and that job is to be as honest and truthful to the story as possible.

How do you prepare for a scene like that?

The one thing I can say is, for me, to really get to that place, to feel this character from the bottom of my feet to the top of my head, I think about a compilation of different stories of Black people in America who are dealing with these issues everyday. I think of all the surreal yet real stories of Kalief Browder, or Sandra Bland, Philando Castile, the list goes on an on. I compile them all in my head to make this giant earthquake happen.

What happens to Taystee—getting convicted of a murder she didn’t commit, her struggles with being stuck in prison—is heartbreaking, but a lot of her arc is also about finding hope through darkness.

For humans to survive, we have to find hope. All of us are out here trying to survive in our own way, trying to navigate pain and things we can’t control, to find reasons to keep going. Hope is the formula for that. There are so many people who have tried to help Taystee, but at the end of the day, she has to find that within herself. And when she recognizes that she has the potential to change someone’s life, that was her hope. But she had to push herself to get there, to not stay in her room and be disappointed by the cards she’s been dealt.

Your song “Seasons,” from your new EP Four, is featured in the finale. How did that come about?

I started writing music about five years ago, and one of the things I try to do is write about what I’m actually experiencing in the moment. So I wrote this song coming up on season seven as my therapy, as a love letter to the show and to my girls. On the last day of shooting, we had a group picture with the cast and crew. It was over, like, 200 people in a room. I asked one of our producers if I could sing this song to the cast as my gift to them, and I could barely get through it. After, I got a call saying Jenji would love to use it and I was like, “What?! Are you serious?” That was not my goal, I just wanted to share a piece of myself as we said goodbye. Now it’ll live forever—that’s one of the biggest reasons I decided to do music, because it never dies. But for it to live on in the show means so much to me. I actually haven’t watched the episode yet because I’m trying to hold off. I think I’ve cried over this show enough over the last few months.

This was footage from the final day of shooting @oitnb It still has yet to fully register that it’s the end. My new EP “Four” coming out tomorrow, features a song called “Seasons”. The song is a tribute to my Orange family, and if you’re a @oitnb fan this is for you too. You’ll hear many references to the characters and the different moments throughout our seasons, and you might even hear it in the final season ?. I wrote this with two amazing people @laurentakespix and @williamfwells and I hope you’ll enjoy! Thank you to @ijnej @ttobie @jen_euston @netflix for the endless experiences, memories, and friendships. Grateful till the end of time.

What do you hope the legacy of both Taystee and the show is?

The legacy of Taystee is definitely what we spoke about: finding hope when you feel like there is none. That’s what I would want people to know. You can still continue, there is something to live for. When it comes to the legacy of the show, I feel like it’s so much, starting with how we see women on television. So many women of colour came to the forefront of this show. It opened doors for us, what television is capable of, what’s possible beyond just entertainment. It showed we can also be more active in the world we live in—we can actually make an impact. It has just continued to trail blaze. It’s also made individual leaders as well: there’s Laverne Cox and her activism, or how I speak about size-ism and what we see in Hollywood. There’s so many of us out here fighting for what stands true to us, and that’s one of the biggest gifts the show has given.