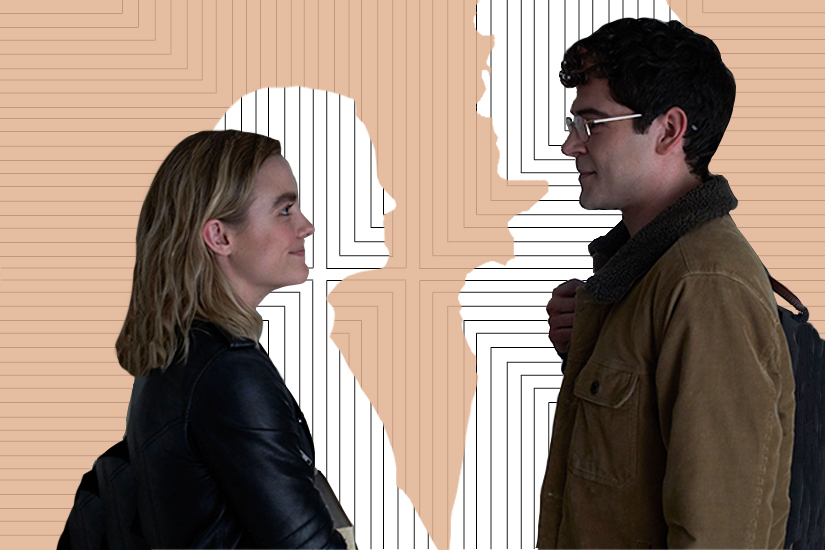 If you aren’t one of the 63 million (and counting) people who have viewed the first episode of YouTube Originals drama Impulse, allow us to catch you up: adapted from Steven Gould’s Jumper series, the sci-fi show follows 16-year-old Henry Coles (Maddie Hasson), who discovers she has the ability to mentally move objects and teleport – but she can’t actually control where she goes. The show touches on feelings of isolation, personal trauma and the dangers that come with using her power.

Luckily for Daniel Maslany, one of the Canadian stars of the Toronto-filmed series, he gets to bring a little levity to filming. “[My character] tends to bring [comedic moments] at times, so there’s usually a bit of a lighter vibe on set,” the Regina native tells us about his character Townes Linderman, an autistic classmate of Henry’s who becomes a sort of sidekick to her. “But I’m also aware that, when my scene ends, there’s usually a really dark one coming up right after. If I can, I go watch on the monitors to see what’s going on because I’m so invested in the story.”

Season two of Impulse dropped on YouTube Premium last week, and a new episode is made free-to-watch weekly. We caught up with Maslany (and yes, his sister is Orphan Black-star Tatiana Maslany) to get the details.

What can you tell us about season two of Impulse?

Season two goes a lot deeper into the story threads that we established in season one. Every character is on their own journey reassessing who they’ve decided they are. Townes has decided he’s a sidekick, but he has to figure out what that means and how he can best serve Henry. Everyone ends up meeting a line that they have to decide if they’re going to cross or not – and that changes them and how they see themselves.

What initially drew you to the show and your character, Townes?

Townes really changed from the time that I first auditioned for him. He was described as muscley, tattooed and brooding. By the time I got cast, he was totally in a different world but still represented a similar thing for Henry, which was that he’s another outsider she could connect with. Instead of the bad boy, he’s the keener. I totally related to so much of the writing, being hyper-obsessed and focused. I have that tendency in my own life to get really excited about something. We sort of see the show through Townes’ eyes a little bit. He’s as excited about Henry as the audience is.

How do you think you’ve grown as an actor after having spent two seasons as Townes?

Watching the other actors work and collaborating with them, I’ve been able to see so many different ways of working. I’ve learned so much from Maddie – she’s an incredible actor, a really generous leader on set. And she takes the time she needs for herself and gives a thousand percent in every scene to her scene partner. Also, there’s just a lot of freedom on this set and a lot of space given to the actors and the director.

Do you and your sister, Tatiana, talk about acting? Or do you keep work separate from family time?

We talk about it, definitely. We always talk about projects. She actually told me that she really likes the show and that means the world to me.

Where do you like to hang out in Toronto when you’re not filming?

My friends own a restaurant called Brothers. I don’t need to plug it because it’s doing well, but they make great, great food.