The film hits theatres this Friday. 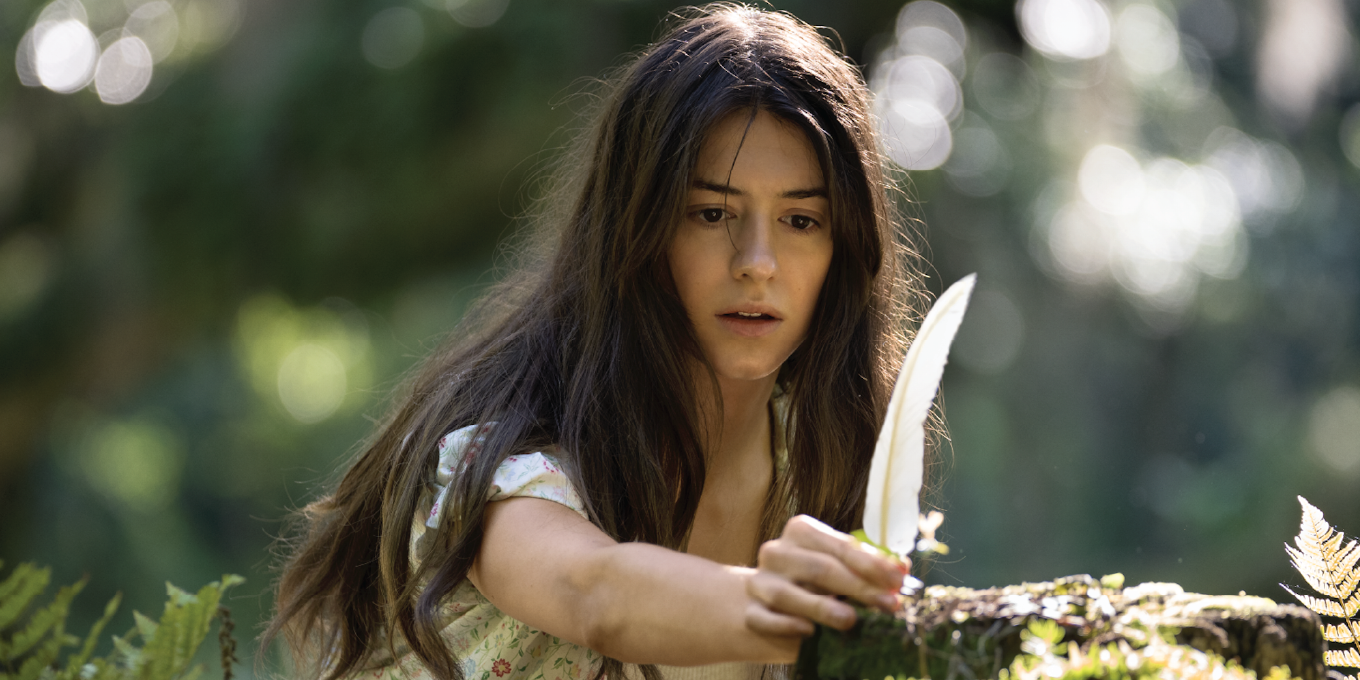 Daisy Edgar-Jones is among the handful of stars who catapulted to fame over the pandemic, after she starred in the TV adaptation of Sally Rooney’s Normal People in 2020, which earned her a Golden Globe nomination.

In 2021, she had a busy year filming three projects back to back: Fresh, a deliciously dark rom-com about a dating disaster, Under the Banner of Heaven alongside Andrew Garfield and perhaps the most buzzed about title, Where the Crawdads Sing, an adaptation of another New York Times bestseller – which releases in theatres this Friday.

The book, written by Delia Owens, was picked up by Reese Witherspoon’s book club and has since sold 12 million copies, garnering a massive fan base. When Hello Sunshine, Witherspoon’s production company gained the book’s movie rights, they tapped Edgar-Jones to play the lead role of Kya Clark, an abandoned girl who raised herself to adulthood in the dangerous marshlands of North Carolina. Drawn to two young men (John Taylor Smith, Harris Dickinson) from town, Kya opens herself to a new and startling world. When one of them is found dead, she is immediately cast by the community as the main suspect.

Directed by Olivia Newman, the film is a beautiful, haunting blend of genres: a coming-of-age story, a love story, a murder mystery and more importantly, a survival story. Edgar-Jones is a gifted actress – she captures the raw vulnerability of Kya who grew up with an abusive father while also bringing out her sheer resilience as she learns to survive in the depths of the marsh.

For Edgar-Jones, it’s Kya’s resilience and curiosity that stood out to her. Speaking to me over a Zoom call, the British actress agrees that there’s a bit of Kya in all of us.

“I think the part of the story that I do really resonate with is that resilience, and that’s such a human quality. Kya suffers a lot of hardship and despite that she’s able to bounce back and survive in this hostile environment, but ultimately thrive as well. And I think that’s very admirable.”

She revealed how she sees parts of Kya in herself, adding, “I think also her curiosity was one that I really chimed with because she wants to learn as much as she can about her environment. I think in the job I do, I’ve always been very curious about how other people feel and think about the world. I get to sort of step inside other people’s heads for a while when I play characters.”

For Edgar-Jones, embracing the differing shades of Kya meant finding the truth “that is really important when you’re coming to each scene and the authenticity of the character.”

The actress is meticulous as she does her prep for her roles. It’s the process of creating the character that she really enjoys. “The main thing I try and be is very present and do as much prep as I can but also be really open to what’s given to you on the day because even if you prepare as much as possible, you can’t prepare for the weather, and things like that, so you have to be free to be able to take what you can from the day.”

Getting the Accent Just Right

To play a character from the ages of 15 to 20 meant she had to change the tone of her voice and that was quite the challenge for her, especially as the Londoner nails the Southern accent.

“I feel like because this story sort of switches back and forth through so many time periods, discovering a way of playing Kya… that is exploring her growing up was really important. So much of how we get to know Kya is actually through flashbacks. We first meet her in the courtroom, and then we get to know her when she’s 15 to when she’s 20. I think imbuing all of those different versions of Kya with something slightly different and finding those nuances was a challenge and also kind of pitching her voice and things like that. I tried making her voice a higher pitch when she was younger, and then there’s like a grounded nature to her voiceover. That part was quite challenging,” she noted.

Speaking about her process, the 24-year-old shared, “I lifted quotes from the book that I found useful and put them along the script. I also worked really hard on the accent trying to get that right because that really informed a large amount about Kya. I think there’s a kind of melodic lyricism to that accent and a gentle quality to it that I felt was really helpful to find in Kya so getting that accent right was important.”

“I also learned how to drive the boat, which I really enjoyed,” she smiled. “I also did a bit of fishing and I went with Kirby, who did all of Kya’s artwork. I did some drawing with her just for my own fun, not because I’m in any way good at drawing [laughs]. I love that aspect of prepping for a character and learning a skill that you might not have otherwise learned.” 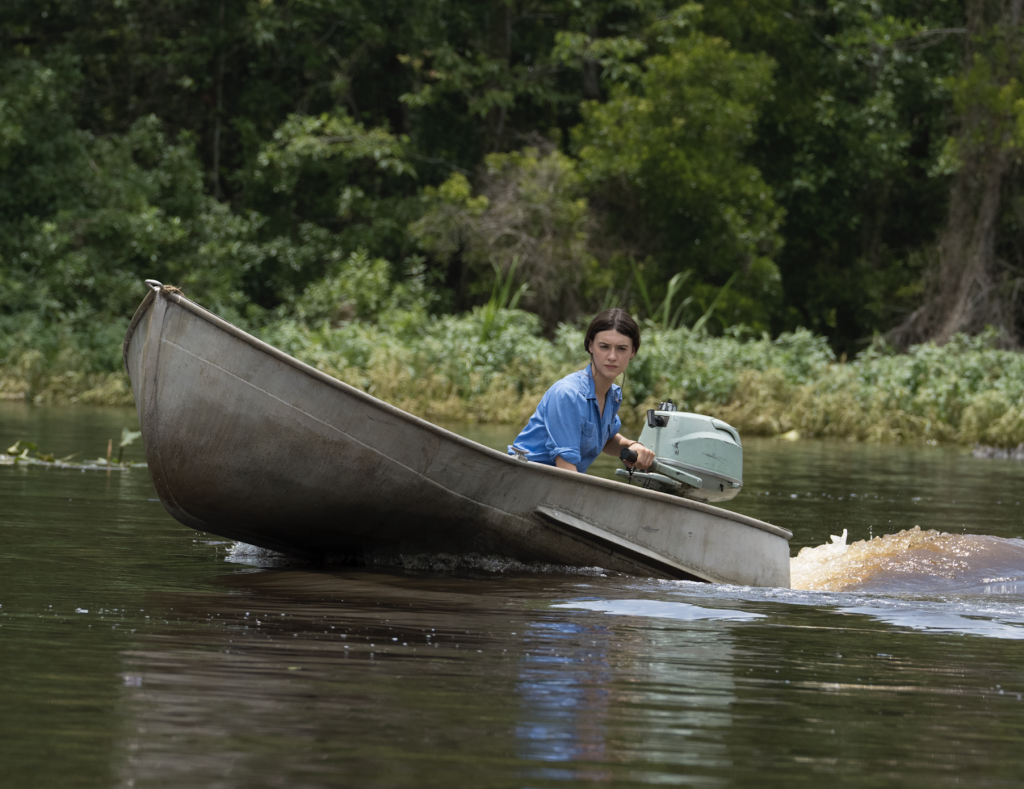 On the Pressures of Book-to-Movie Adaptations

Having already worked on a major book adaptation with Normal People, the actress is familiar with the pressures and expectations of embodying a character that’s already fully realized in people’s minds.

“What I learned on Normal People was that thing of not putting too much pressure on yourself to get it exactly right, and exactly how it should be. Because ultimately, it’s always going to be different, and it is a different angle into the characters and actually just trying to capture the tone is the most important thing.”

“I think with every job I do now I realized that the thing that I try and focus on is being a part of a group and collaborating, and then hoping that audiences will love it, but accepting that it’s going to be out of your hands, and it’s going to be a different thing when it comes out and just enjoying the process, really.”

The Art of On-Screen Relationships

There is something that ties each of her major roles in Fresh, Normal People and Crawdads: an intimate portrait of relationships and the complexities of the women at the heart of it.

“Yeah, I think something that I’ve become really aware of through the jobs I’ve done is truly the profound effect of the people in your life on who you become. I think for Marianne and Connell, we really see what the ripple effect of Connell’s and her relationship on who she becomes and in that formative time of like your early 20s, and same with Noa [in Fresh], that relationship and also her friendship with Molly. I think I’ve become increasingly aware of the importance of connection and there’s a beautiful quote within this book about connection.

“Although the story is about a girl who is abandoned at a young age and is isolated, it’s also a story about how much goodness we can give to each other. I think we see that through Tate teaching her to read and Jumpin’ and Mabel, looking out for her and Tom deciding to defend her in the courtroom. Some kindness can go such a long way.”

Edgar-Jones was really excited to work with Witherspoon, saying: “[…] to watch her navigate her producer role and really support women and want to elevate them and put women in positions of leadership on our job and so many of our heads of department were women on this. This is a story about female empowerment so to have to have that aspect of women being empowered behind the camera was just so exciting. I know Reese just loved it as much as me!”

Taylor Swift penned a song for the film titled “Carolina” that’s both haunting and ethereal. Edgar-Jones fell off her chair when she found out Swift was involved. “To find out it was the Taylor Swift?! That’s absolutely wild. The song could not be more perfect for the story and for Kya. Sitting and listening to that when I watched the film for the first time was a really special pinch-yourself moment.”

Where the Crawdads Sing is in theatres Friday July 15.