Chrissy Metz talks This is Us, fashion and her rise to fame

The actress also opens up about the life-changing magic of asking yourself "Why?" 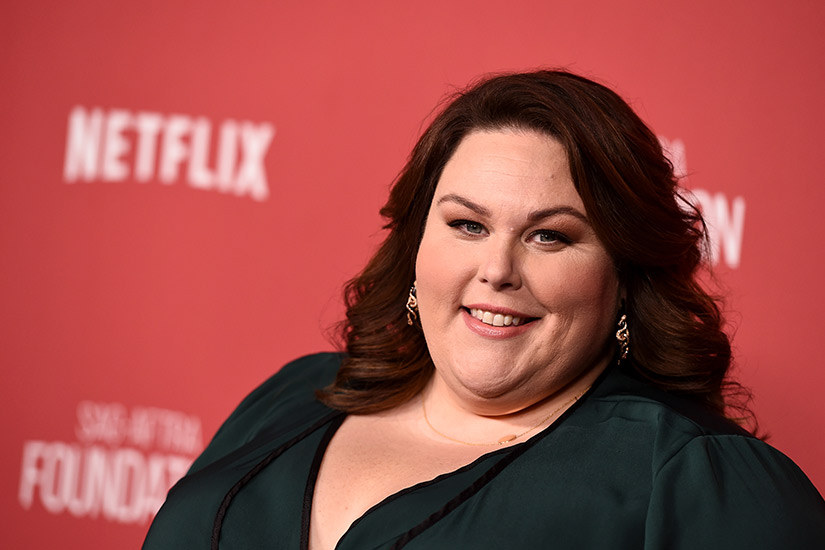 Chrissy Metz is about to head into her costume fitting for the penultimate episode of the second season of This Is Us. While she has complete faith in the show’s wardrobe department, the Florida native does, however, feel like she has been playing her character on the wildly popular, critically beloved, rip-your-heart-out-with-all-the-feels family drama long enough to have some input.

“Hala [Bahmet] and her team usually hit the nail on the head, but there are times when I’m like, ‘Oh, this might be a bit too old or too young for Kate,’” the 37-year-old tells us over the phone from Los Angeles, which is where she lives and the show shoots. Her character, who has struggled with low self-esteem, is finally giving her music dream a go this season, and Metz has loved watching the “nuanced” way that that blossoming is mirrored in her wardrobe choices. “Kate’s coming into her own, so she’s wearing more dresses, more colour, more prints,” says Metz. “She’s finally feeling confident enough to draw attention to herself through clothing. Personally, I’ve never cared about that, no matter what size I was.”

You’ve been on a crazy ride for the past two years, going from a total unknown to a double Golden Globe nominee. Is there anything 2018 Chrissy wishes she could tell the 2016 version of you? “If anything, it would be to sit with myself more and ask myself what my intentions are behind why I’m doing things. I’d draw more boundaries. Like, ‘You can do this or that but at what expense? Who or what is it for?’ I think everyone can relate to that, whether you feel like you have to buy a dress to look a certain way or you’re a mom who feels like her child’s birthday party has to be the most extravagant thing. We’re all doing the best we can, but sometimes our intentions can get muddled by our egos.”

How do you get clear on intention? “I ask myself ‘Does it serve me, my career or charity? Does it serve a greater purpose?’ When you sit with those questions—really sit with them—the answers start to come a little easier and you realize ‘Oh, that’s why this feels good or doesn’t feel good.’”

Has saying “no” to things come with age? “I have gotten better at understanding that ‘no’ is a complete sentence, but I’m still working on it. My thing is, I’m social, I like to go out, but I also have a job, and I have a responsibility to show up and be prepared. Sometimes it’s easy to say no to doing the fun stuff, sometimes it’s really difficult. One of the gals on my team said to me recently, ‘Chrissy, if it doesn’t make you happy, don’t do it,’ and I thought, ‘Oh, what a concept!’ I don’t have to please everybody, because eventually it won’t serve anybody if I’m resentful and unhappy with my choices.”

What part of your job do you work hardest at? “Doing press is probably more taxing than the actual show. On-set, you’re just so supported and loved; it’s not that it’s easier, but it’s comfortable. The press and promoting [the show] can get really overwhelming.”

Why is that? “At awards shows, for instance, it’s fun and exciting, but it’s also a 10- or 12-hour day. You’re doing multiple interviews. People aren’t necessarily judging you, but it’s all about what you’re wearing and why you’re wearing it. I love people, but it can be a lot if you haven’t had enough sleep or you haven’t meditated. I’m just one person. I’m also an empath, so meeting people and hearing their stories can make it hard to hold emotional space for myself. People need somebody to connect to, and I can’t be like, ‘Nope! I don’t want to hear about it.’”

Have the red carpets—and the vibe of the industry in general—changed at all in this age of #MeToo and #TimesUp? “There has been a shift in consciousness. People are getting away from what was never really important to what really is, and that’s equality for all people. Nobody is superior to anybody, no matter their race, age, weight, social status…whatever. There’s a change in that opportunities are being made for women by other women. There’s this loving camaraderie that’s unspoken but understood. That’s why we’re here on this plane of exist­ence: to help one another, to grow one another. Times are changing, and it’s exciting.”