Can You Guess All the Plot Points in A Christmas Prince?

This familiar feeling holiday romance will make you feel like a genius. 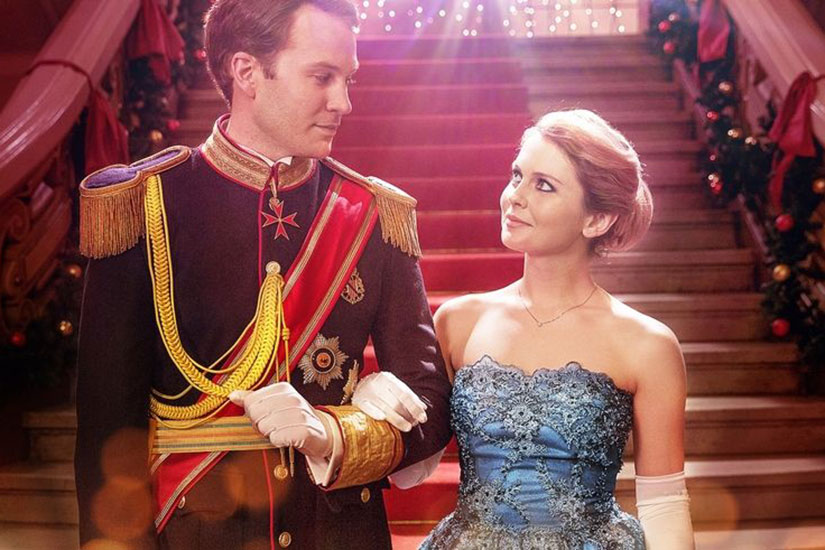 I love Christmas. (Gifts! Family! Pudding!) I love rom-coms. (Unlikely plot twists! Meet-cutes! Makeovers!) So I love Christmas rom-coms twice as much. Plus, what with all the Prince Harry and Meghan Markle engagement news, I’m feeling right royal. To cater to my very specific needs, Netflix recently debuted A Christmas Prince, which combines all of this goodness into one 90-minute package. (If you think it’s too early for holiday movies, we can’t be friends, sorry.)

Watching this film, though, felt a little like having déjà vu. As each scene proceeded, I thought, I think I know what’s going to happen. And I did! Picked it every time. I felt like a genius! So I designed this game for you to play along. See how many of the following A Christmas Prince plot points you can guess. If you know The Holiday from Two Weeks Notice, you’ll do great.

The heroine hates her job.

Here’s our heroine, Amber (Rose McIver)! She’s…literally no fun at all. She’s a junior editor at an unnamed magazine, scolding an (admittedly obnoxious) writer for an article that’s 650 words but only supposed to be 300. Look, I can see both sides, but…wish we had led with something more fun for her, like a root canal.

She wants to become a real journalist!

Sounds familiar. Can I say Andie Anderson? Amber is complaining about her lack of career advancement—she wants to be a writer, not an editor!—when her boss, Max, calls her into her office. Max has a potentially huge story for Amber. What does she know about the royal family of Aldovia? (Wait, Aldovia? Don’t you mean…Genovia?) Apparently, the “playboy prince,” a.k.a. “His Royal Hotness” is returning after a Prodigal Son party period for his coronation, and Amber is being sent to cover it. International travel and a big story? Amber is IN. It will be her big break, that’s for sure, or my name isn’t Kate Hudson!

She has supportive, sassy friends.

Including a Black BFF and a Sassy Gay Friend! Revolutionary.

When she arrives in Aldovia, which looks like Seattle had a baby with Vienna, a rude guy who looks like Tom Hardy with a three-year-beard steals her cab. What a jerk! Also, it’s obviously the prince, LOL.

At the press conference, all the journalists are informed that Prince Richard will not actually be making an appearance. Sorry about that! He doesn’t want to be king, really, either. Oh dear.

Don’t forget about the devious plan that will bring the lovers together at great logical expense.

But Amber’s determined not to leave without her big story. So she sneaks into the palace (extremely easily) and is mistaken (by a security guard who should be fired) for the Princess Emily’s new tutor.

She’s taken to meet the queen, and who should she spy talking to the monarch but Shaggy Dog Tom Hardy (Ben Lamb)? Ding-ding-ding! It’s him. (You get literally no points for guessing that one.)

A child appears to help her find her way…

Along comes Princess Emily (Honor Kneafsey), who says things like “Who are you, and what are you doing in my palace?” which easily makes her the most likeable character on the show.

Emily puts a mouse on Amber’s chair, and seems unlikely to fall for Amber’s (so far limited, sorry) charms. But soon Emily shows her more vulnerable side; she’s constantly treated like a doll because she has spina bifida. Amber calls her brave, which it seems unlikely nobody has ever done before, but it seems to do the trick. Now they’re best friends. That was easy!

…to her handsome brother, the prince.

As Amber and the princess take a turn about the palace grounds, she spies a Nautica model practising archery. When he turns around—shock! surprise! amazement!—it is not a catalog star but a handsome prince, who no longer looks like a Ruffianish Tom Hardy (unfortunately).

Who is not at all what she was expecting.

She literally says this to her friends as they Skype about potential stories. “There’s a vulnerability,” she says, dreams of giant thrones and endless blue Tiffany boxes swirling in her mind. Gosh, looks like somebody’s starting to regret their sketchy-ass “journalism” mission.

I’ll have you know the prince actually has untold depths to his soul.

We find this out because Amber sees him playing “The First Noel” on a piano. Delightful! As his father told him, “Music is food for the soul.” Why, I do believe I have heard that before, somewhere.

Uh oh—there’s another, very beautiful, polished lady in the picture. But she sucks.

Lady Sofia (no, not Princess Sophia) shows up at the Christmas party. She’s rather a forward lass, bringing an ornament shaped like a heart to the party and asking Prince Richard to “be careful with it”!!!!!! QUIT PLAYING GAMES WITH MY HEART, RICHARD. But he doesn’t want her heart! Because she’s a spotlight-seeking witch! And he’s just a guy who likes to ditch his official duties to make snowmen with kids. Aw!

Amber ill-advisedly takes Princess Emily on a sledding adventure that turns very quickly into a misadventure. Along comes Prince Richard, with a snowball in hand! Wonder what will happen here. Will they fall in love over a ‘ball?

Prince falls on the lady!

Who could have guessed! Now they are in love.

Lady gets attacked by wolves!

Okay, you probably could not have thought of that one, unless you think about Beauty and the Beast every day, which—who doesn’t? In some ways, it’s Amber’s own fault. She tries to follow the prince on horseback (note: she’s never ridden a horse before?) and falls off. Cue: wolves. Luckily, the prince comes along to save her!

It’s time for a romantic walk.

Presaged by the romantic plea, “Just 20 minutes?” Well, when you ask like that…how could I…say no? Hahaha. Uh.

Amber enters the Christmas ball after a makeover.

The makeover seems to have consisted of Dementor exposure therapy. She looks terrified. But we’ll never be able to confirm that, because there’s no makeover montage. Very disappointing.

A romantic dancefloor moment is followed by a humiliating reveal.

Tick. (Ahem, Never Been Kissed.) Nasty Lady Sofia contests Prince Dick’s claim to the throne, brandishing a document that says he’s adopted and therefore not permitted to take the throne. Where did she get it? From Amber’s room, where she had stashed all the fruits of her investigation. Panic ensues, Dick is pissed, and Emily is sad. Looks like Amber’s returning to NYC.

After Amber writes a puff piece about the prince (because she LOVES him) instead of a something juicy, her boss is like, “Eh. Go back to your old job! You are a bad journalist!” Which is fair enough, really. Amber’s like, “No! I quit.” (See, again: How to Lose a Guy in 10 Days.)

“How long do you plan to keep a king on his knees?”

Excuse me? Wow, I did not see that coming. So this is apparently how the King of Aldovia proposes marriage to some random journalist who snuck into his home under false pretences. No offence, Dick, but this guy is going to make a terrible ruler. Imagine making a journalist who snuck into your home to expose you into YOUR WIFE. Unbelievable. Anyway, the end. However, I just want to let you all know, I’m very available for any undercover royal-watching assignments that may lead to my marrying a prince. Thanks!