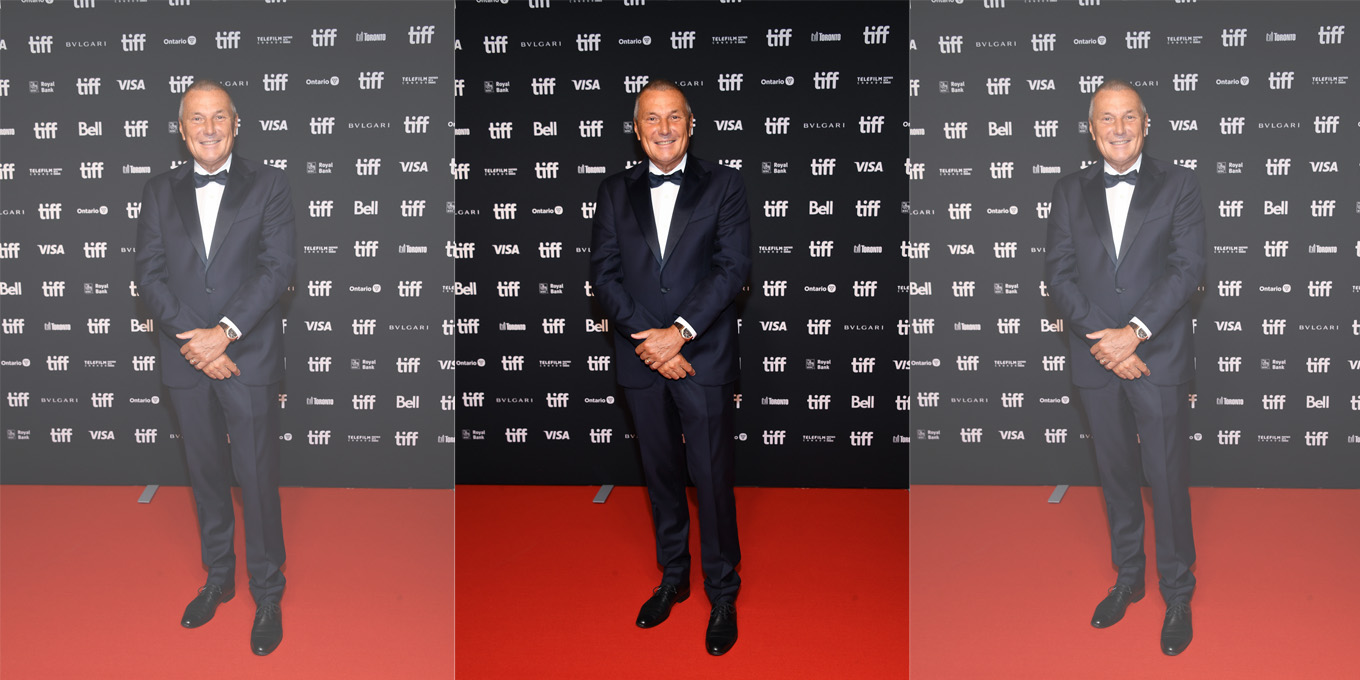 Have you ever been curious about how luxury brands create their products? Or how the famous Serpenti necklace by Bvlgari was crafted in time for last year’s Venice Film Festival? For the first time ever, the 138-year-old luxury brand takes us behind the scenes of how much work actually goes into a high-end jewelry piece. Now available to stream on Prime Video, Inside The Dream follows Lucia Silvestri on her daily to-dos as the brand’s Creative Director. We get to witness her creative process, the gems she picks out for various Bvlgari pieces, and the famous names she gets to work with like Zendaya and Priyanka Chopra-Jonas.

We got to chat with the brand’s global CEO, Jean-Christophe Babin about his thoughts on the film and becoming a major sponsor for this year’s Toronto International Film Festival (TIFF).

What are you most excited for viewers to see in the film?

The fact that this is going to be the first time a jewelry brand discloses the creative process behind its pieces. Not only when it’s debuted on the red carpet, but what it takes to reach the carpet. The film focuses on the process of identifying and negotiating the best gems you’ll find on the planet. You will get to see how we source our gems from places like Jaipur, India, and the glamour that surrounds the finished product on the Venice red carpet.

What was it about the form of a documentary that made you feel like it would tell Bvlgari’s story best?

Initially, we were approached by Terminal 9 Studios after Netflix had produced a movie on the Valentino family. Which would have also been an appealing story to tell about the Bvlgari family. But while we were discussing which direction to take for the film, we eventually decided that it would be more interesting to go into the making of the jewelry, rather than a proposed saga. We preferred something that was more specific to really show what it takes to end up with a diamond necklace. Some people hardly understand why it’s so expensive. So, now in the movie, you’ll see why.

What made you want to focus the film on the Serpenti Hypnotic Emerald necklace?

Well, Serpenti is Bvlgari’s most famous icon. From shoes, and bags, to high jewelry, it’s part of our brand’s history. Egyptians used to craft gold snakes as ornaments for their kings and queens, while Roman goldsmiths created the first set of snake-shaped bracelets. Through many different designs, we were able to combine our iconic sign with an extraordinary gem. The design is meaningful and has strong emotional dimensions which make this piece just extraordinary.

What’s your favourite part of the necklace?

The snake holding the egg. It’s something that’s sophisticatedly crafted. Also, it isn’t only beautiful to look at, but it can also be sensual on the skin. It caresses, which you can enjoy visually. We paid a lot of attention to detail when creating this piece. We didn’t want the lady who buys it to wear it just for aesthetics, but for its rarity.

How does it feel to have such prominent celebrities like Zendaya wear the necklace to even more prominent events like at last year’s Venice Film Festival?

It feels amazing especially when iconic actresses like Liz Taylor have worn the brand. Hollywood has created a lot of visibility for Bvlgari, despite being a small family company. This was evidently one of the factors that really sped up the growth and globalization of the brand’s reputation. It’s gone above and beyond its initial Italian and European borders.

As a major sponsor of this year’s Toronto International Film Festival, what does the world of cinema mean to Bvlgari and yourself?

For us, it’s been a source of inspiration. We owe a lot to the film industry, as they constantly contribute to the creativity of the brand. Unlike our competitors, we are the only jeweller that originates from a city that’s known for its unique influence on western art and architecture. So, we feel it’s our duty to give back to the arts where they have contributed, which in turn has led to the uniqueness and durability of the brand.

You’ve sponsored other film festivals around the world like the one in Cannes, what makes Toronto unique from the rest?

When it comes to festivals, I think Toronto is a bit of a new frontier of the new world. Obviously, everyone knows Hollywood and Cannes, but Toronto is more of the new world. The Toronto International Film Festival today, besides being the most attended festival in the world, is probably the most advanced among other festivals. So, it’s very fitting with Bvlgari’s contemporary spirit. We also find the culture of TIFF a good fit. It’s authentic and fresh.