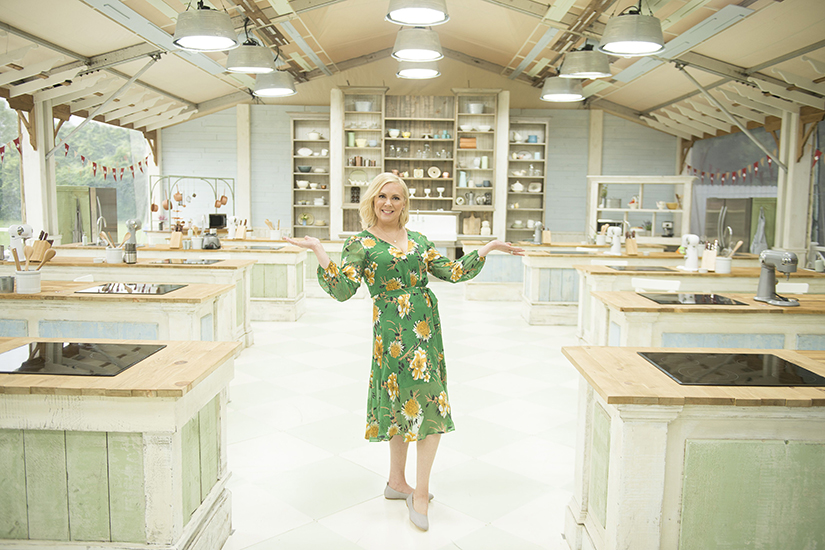 If you’ve ever wondered exactly what goes into picking star baker on The Great Canadian Baking Show, allow us to end your sleepless nights! We asked one of the judges, Rochelle Adonis, allll about it (and other behind-the-scenes secrets, starting with mystery #1: her Aussie accent). Consider it research for when we all audition for season two of the CBC show.

Is that an Australian accent we detect? If so, how did you end up judging a Canadian baking show?

I’m a Canadian pastry chef! Though I live in Australia, I was born and raised in Montreal. In May, totally out of the blue, an email came through my website from the casting producers telling me they would like to talk to me immediately about an exciting TV opportunity, so I replied! Once I realised it was all legit, the maple leaf that has always been in my heart started to explode.

When you’re judging, what sort of criteria are you basing your decisions on?

We are looking firstly at appearance. Does it look appealing enough to eat? Then of course we judge taste and texture.

These are home bakers. Are you making allowances for that, or are you holding them to the same standards as the pros?

Of course we are, but some of our bakers had stronger skills than some of the professionals I’ve worked with! At the end of the day, our bakers came to learn, and grow, and we had to give them constructive advice that would elevate their home bakes to the next level. Mostly the advice was related to technique, and sometimes it was all about flavours.

If you were one of the bakers, which week would you have dreaded the most?
I definitely would have been sent home during bread week!

If you were given three hours right now and asked to design a showstopper, in any category, what would you make and why?

In that time frame I would “throw together” a huge croquembouche, firstly because I’m very good with a piping bag and make a mean crème patisierre. Secondly, the choux would cool very quickly enabling me to assemble the tower with plenty of time to spare! Hopefully the weather would be clear and sunny, because if it were raining, my sugar work would be a disaster!

Did you learn anything interesting about the Canadian “palate” by judging this show?

I learned so much about flavours. All of the bakers told us incredible stories through their baking, often using specialty ingredients from their region. They were bold and daring with flavour combinations which were rather a lot more sophisticated than I had expected! One thing’s for sure: Canadians have much sweeter teeth than Australians.

The Great Canadian Baking Show airs on CBC Wednesdays at 8.