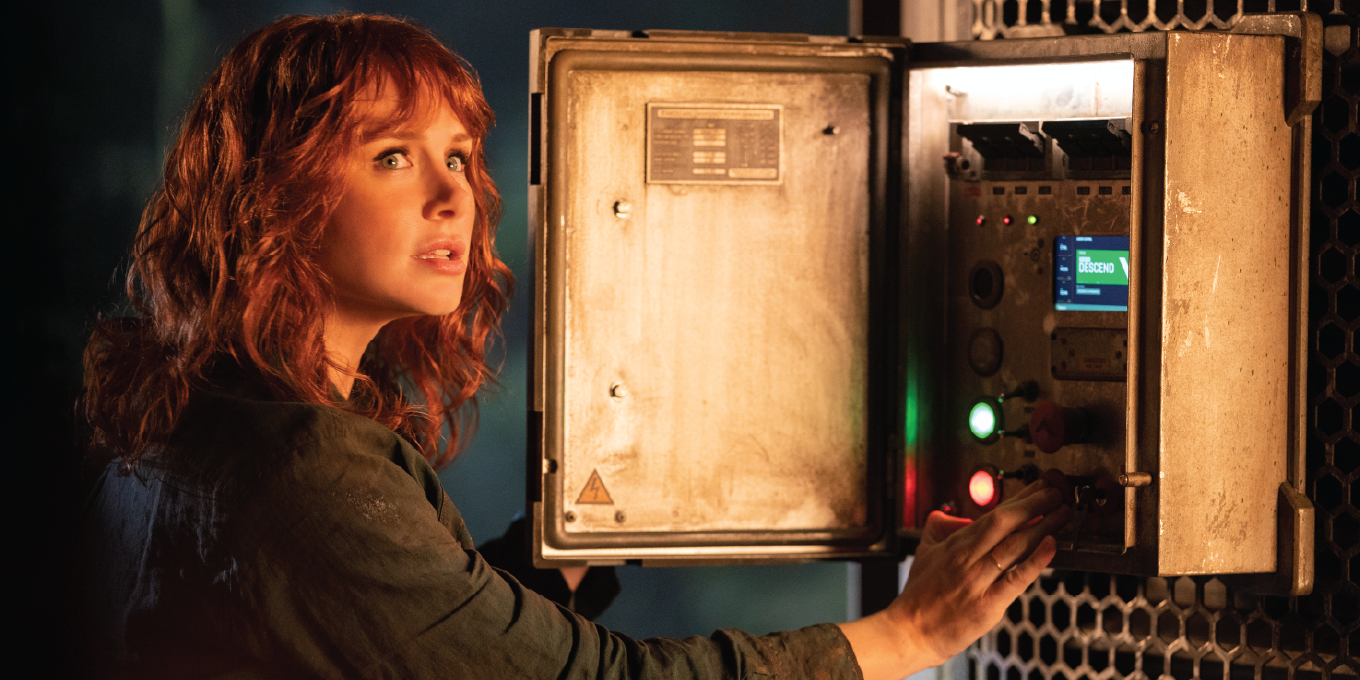 I’m sitting across from Bryce Dallas Howard in the beautiful island of Malta, the largest island in an archipelago in the central Mediterranean, south of the Italian island of Sicily. It’s where a portion of Jurassic World Dominion was filmed. The actress is thrilled to be on the island for the press tour and despite the sweltering heat, she brought her charm and enthusiasm in spades.

Dallas Howard and the cast are ecstatic for the extended edition of Jurassic World Dominion, which was released on Blu-ray and DVD this week. Directed by Colin Trevorrow, the extended edition has 14 extra minutes of never-before-seen footage, an alternate opening and many more dinosaurs. The mother of two watched this version with her son, who loves dinosaurs just as much as she does.

The 41-year-old has always felt a sense of ownership of her character Claire Dearing, a role she has played in the three Jurassic World films.

“As the movies have progressed, I’ve felt closer and closer to her. Also, as an actor who likes to play someone who’s different from me, I’ve also felt like there’s been an arc that is enough different from me as a human being that I have something to play,” she explains. “Claire’s a really good balance because there are definitely qualities that I share with her and there are definitely a lot of qualities that I don’t and that’s one of the things I love about my job.”

She Loves the Epic Stunts

The day before we speak, a group of global press took part in an epic recreation of Claire’s raptor rooftop chase scene at the Malta Maritime Museum. I tell Dallas Howard that doing a stunt scene was way out of my comfort zone, but it was exhilarating and empowering. The actress shared that she too loves the stunt work in the film, having done more in this film than the prior two.

“I love, love, love doing stunts. I love working very closely with my stunt double. In this case, it was a woman named Sarah McLachlan, who’s incredible and she’s [been] doubling me for the last two films and she’s always trying to choreograph the stunt and train me to view the stunt so that I can do it myself.”

She continues: “But if it’s something that’s too dangerous, requires a greater skill set than I have access to, then she’ll do it. There’s definitely a number of stunts Sarah did such as leaping over buildings here in Malta but it’s just something that I adore, because when you identify specific stunt challenges, like ‘Oh, this is the scene where I go underwater, this is the scene where I do the thing with a knife,’ you kind of keep that in your head and then you can practice and prepare for it. Then when you shoot it, and it gets done, you’re like, ‘Oh, look, I did it!’ and it’s just wonderful. I think human beings like to have goals, and then achieve them. It’s just a kind of an inherent quality and that’s what I love so much about doing this stuff.”

Capturing the Female Strength and Spirit in Jurassic World Dominion

Something that Dallas Howard has appreciated about working on the Jurassic World franchise is that it’s very pro-female. “If you think about it, when it started, all the dinosaurs were females,” Dallas Howard says. “They’re the idealization of female strength and power.”

Howard strongly believes there’s no fiercer animal in any species than a mother trying to protect her young and that’s exactly what we see in Jurassic World Dominion. As a mother herself, Howard related to the film’s theme of the power of female spirit and strength.

She says, “Michael Crichton [author of Jurassic Park books] really captured the power of the female spirit, intellect, and strength in creating the character of Dr. Ellie Sattler and then Sarah Harding and I remember reading the books and watching the movies and just feeling like I’ve seen myself. My grandfather’s a scientist and I was super into science as a kid. So getting to see someone who was a doctor and was part of the plot and was brought into the story and not because she was married to someone and not because she was being romanced by someone, but because she herself is an expert, that was a gift.” 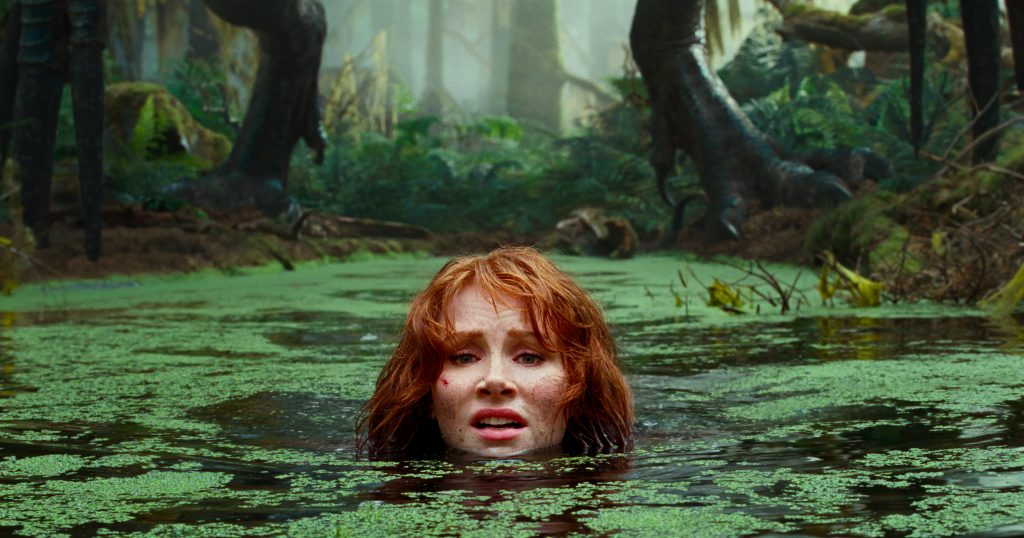 How the Jurassic Franchise Has Evolved and Empowered Everyone

“What’s so wonderful about getting to be in the film now is that there are more women in this movie than men. It is so empowering to folks who are both female, male, non binary, trans… you don’t have to feel like a hero to be heroic. That’s what all of these characters do. These are all incredibly flawed people who are not necessarily professionals at running from dinosaurs, and yet you get to see them rise to their potential and that’s just something beautiful—it’s a wonderful legacy,” she shares.

“I have many favourite dinosaurs. It can change constantly. But in terms of the extended edition, my favourite dinosaur was Leonard the Lystrosaurus and Leonard is Kayla [played by DeWanda Wise]’s dinosaur. When you saw him in the theatrical cut, you didn’t get to know what he was capable of and his whole vibe, and I just love that dinosaur so much.

She further explains: “I watched the extended cut with my son. He was like, “What is that dinosaur called? I want pictures of that dinosaur on my wall!” So I absolutely love Leonard’s list resource and I’m so excited that he has more screen time. Also, I love baby Blue. I love Beta; Beta is really really really cool and you also get to see in the bonus features about the puppeteers and artists who created the animatronics that Beta is an exact copy of Blue and someone painted that! It’s just amazing the artistry in this film.”

Jurassic World Dominion is available on Blu-ray and DVD now.

Read more:
Julia Stiles Shares the 10 Things She Loved About Heath Ledger on 10 Things I Hate About You
Daisy Edgar-Jones Compels in the Haunting Adaptation of Where the Crawdads Sing
Austin Butler on ELVIS and Where True Credit Needs to Be Given